Reflections on Chess and Mindfulness Whether you're a long-time chess enthusiast or, like so many novice players, grew excited about the game after watching The Queen's Gambit, you must know that chess is nowhere near as hyperactive as it was shown to be in that series.

It is exciting though. Don't ever mistake chess for the height of dullness even if it appears that all the players do is sit around, moving chess pieces here and there.

Like the recent spike in chess enthusiasm, mindfulness became a major topic during the pandemic, with advocates stressing that practising mindfulness could reduce some of the psychological trauma of being isolated and unable to do the things you love to do.

The mindfulness wave crested long before COVID came to town. Over the past 20 years, there's been a growing mindfulness movement, particularly appealing to those who work in high-stress environments like finance and international trade.

But mindfulness, like chess, is much older than that. It comes from the millennia-old Buddhist practice called sati - a word that translates exactly into 'mindfulness' and 'awareness'.

So, what is the practice of mindfulness? What benefits can you derive from it? And how does this ancient Buddhist practice relate to chess?

Feel free to join in on this Superprof discussion; we'd love to hear your thoughts on this topic. 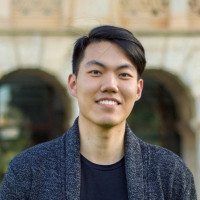 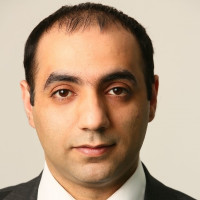 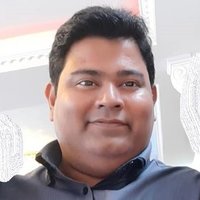 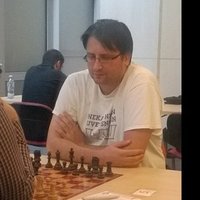 Typically, people think of Buddhism as an umbrella term for veganism and vegetarianism, yoga and meditation, and other new-agey spiritual practices. They're right in thinking that Buddhism is a way of life but the concepts generally thought of as Buddhist are not mutually exclusive.

For instance, you don't have to be Buddhist to be a vegetarian or practise yoga and meditation. Likewise, Plenty of people follow certain Buddhist tenets while still occasionally enjoying meat and fish.

The trouble with that view of Buddhism is limitation, both in how Buddhism is perceived and how extensive the doctrine is. But we don't need to know just how far-reaching Buddhism is; we can start with mindfulness and arrive at that conclusion for ourselves.

Mindfulness became the latest buzzword for becoming your best self in the last five years or so.

In a similar fashion, athletes - footballers and chess players alike, have been practising mindfulness to improve their performance and focus their minds on the contests they face.

You do know that chess is a sport, right?

How can something used to treat psychiatric and medical conditions also boost athletes' performance?

That's the thing about mindfulness. It's not about meditating - trying to reach deep inside to attain peace, nor is it any kind of escape mechanism. In fact, it's quite the opposite of escapism. Mindfulness means being wholly present in the moment, with no judgment or critique.

How does chess relate to that concept?

Being mindful of every little thing going on at any given moment would be exhausting, so mindfulness practitioners learn to become selective of what they'll be mindful about at any given time.

In a similar vein, contemplating the entirety of chess - all of the openings, tactics and strategies; centuries worth of theories and past games, and the importance of piece development could scare a novice chess player right out of the game.

And we haven't even listed the skills players must develop to play chess:

The skills, many of which artists of every calibre actively cultivate to practice their art, are unrelated to chess but absolutely vital to understanding the game and playing it well.

All the skills chess players need to cultivate, added to all of the data and historical information makes it necessary for chess masters to switch their focus from one aspect of development to another.

Learning to play chess involves the intellectual practice of studying past games and chess theory as well as developing the soft skills listed above. Chess players manage that feat by being entirely in the moment; by focusing exclusively on what's in front of them to the exclusion of all else.

In other words, they are mindful of the task at hand.

Chess has many faces. Beth Harmon, in The Queen's Gambit, was a chess prodigy whose focus was on winning. When not playing, she spiralled down a path of self-destruction until almost the end of the series. That's seldom how things go in chess, although you might argue that Bobby Fischer's 'downfall' was similar to the fictitious Beth's.

And then, there are the chess grandmasters who reach the pinnacle of achievement through perseverance and cultivation of their skills and intellect.

Of course, chess players would like to win every game but that's not their driving purpose for playing. Those who take a holistic approach to chess see the magnitude of work that goes into becoming a chess grandmaster. At the same time, they consider the whole of themselves and what they must evolve into to qualify for that title.

Arriving at such a realisation is, in itself, an exercise in mindfulness. Such chess masters follow these best practices.

Chess players are fastidious about their mental and physical fitness

Recently, the world was in awe of Simone Biles withdrawing from Olympic events because of 'the twisties'.

What's remarkable about her decision is her level of awareness: of herself and what was expected of her, and the possible fallout of her decision. She probably didn't expect the outpouring of support but she certainly planned for all the negativity.

Obviously, a world-class gymnast like Ms Biles focuses on physical fitness; what surprised us all was her dedication to her mental health.

The same is true for chess players. Obviously, they have to have some mental preparation to face the rigours of competition but few realise how big a role physical conditioning plays in chess masters' winning strategy.

Magnus Carlsen, the current World Chess Champion and highest-rated player in the world is an avid player of both football and tennis. He credits his athletic pursuits for helping to keep his mind clear.

Unlike Beth Harmon's penchant for rage at losing - a trait that her opponents knew about and used against her, mindful chess players accept their losses with equanimity. And, in keeping with the code of conduct of chess, they don't gloat about their wins, either.

Removing themselves from the high of winning and the abyss of losing allows mindful chess players to examine their performance critically, probe for weaknesses in their and their opponents' game and adjust their playing style accordingly.

There's a fine line between confidence and arrogance. One is driven by experience and self-awareness while the other is mostly bluster. You might hear an arrogant person talk about their strengths... but could they ever admit to weakness?

That's a part of chess players' mindfulness. They know where their game needs to improve and make strides to refine their strategies and tactics.

Showing respect and humility is another indicator of chess players' confidence - and mindfulness. They're secure enough in their abilities that they don't need to put down other players to boost themselves up.

Mindful chess players like to win but winning is not the main goal; refining their skills is. Chess can be competitive and, just like any other competitive sport, if the focus is on the win, every other aspect of play becomes a secondary consideration.

That means less focus on opponents' strategies, less attention given to responses and less of a chance to spot traps and attacks - all failures that could cost them the game. Thus, the mindful chess player will be completely in the moment, examining the game's progression while planning their next move.

And, if they happen to win, all the better.

Some professional athletes see practising their sport as a job while others continuously kindle their passion for the activity they feel fortunate to take part in.

The same is true for chess players. Some offer opponents draw after only 10 moves while others want to play the game out, as long as there's no chance for it to end in the humiliation of either player.

Such players see chess as an integral part of themselves. It's not to make a lot of money - and there is money to be made in competitive chess, and it's not to rack up wins or earn titles and bragging rights.

Much as in Buddhism, becoming a chess master is a lifestyle; one that mindfulness helps them adhere to.