The English language is spoken pretty much everywhere. It's the language of business, commerce, travel, entertainment, marketing, and tourism. Many job positions globally in these industries list English skills as a prerequisite to even be considered for hire.

The value of the English language, English vocabulary or conversational English has never been higher. English learners open themselves a world of opportunity by joining the 1.5 billion worldwide English speakers.

This article shares some fascinating facts about the English language, hoping to incite your curiosity and drive to improve your English; maybe even study English at home or learn English online. 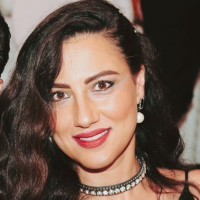 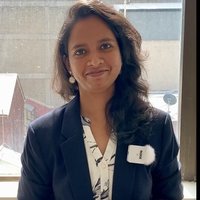 How Many People Speak the English Language?

We want to share some amazing facts with you about English and the countries worldwide that speak English. When you're making your language learning choices, how useful a language will be to you to speak should be high in the "pros" column.

If you're not a native English speaker, consider these statistics. They'll help illustrate how important it is to improve your English or to start learning English if you haven't already.

You'll appreciate your English lessons more once you know these facts:

There you have it; some incredible facts that illustrate why there's never been a better time in the history of the world to learn to speak English.

There's no downside! If you can improve your English grammar, pronunciation, practice new words and increase your fluency toward that of a native English speaker you'll be well on your way to unlocking the potential of the English language as an asset in your life.

One great way to learn to speak English if English is your second language is to read the news in English. Check out our article on the best Anglophile News Outlets to learn more.

The Most Learned Language in the World: English

Did you know that English is the first and most widely taught language in the world?

And hey, it's not just useful to learn English... it's cool!

It only takes one look at the hashtags of a foreign influencer on Instagram to see that English is trendy. English phrases and idioms are adopted by global marketing campaigns. Let that sink in... English is used by the most influential international organistions to sell products because English is cool.

So much of global culture is influenced by English speaking countries, especially the United States of America.

Hollywood! Famous movies and TV shows have been translated from American English into almost every language in the world since the '50s!

If you're looking for a fun way to practice your English language skills and English grammar, popular culture media is an excellent method you can use to achieve this. This works with other languages too.

So, if you're not a native English speaker, learning English will allow you to communicate with over 20% of the global population. Wow!

If you take ESL classes or take lessons from English tutors, you'll be able to improve your English skills to the point where you can understand the lyrics in your favorite songs, movies, and TV shows, maybe without subtitles!

If you're a business person who works internationally or interacts with business people who do, you'll know that office language globally has adopted many English terms: "marketing", "reporting", "business plan". These are terms that are recognised internationally by people who work in commercial industries.

Musicians around the globe have also understood the importance of English words and phrases. Incorporating English into their music, often the choruses or "hooks", widens the reach of their music, allowing it to be heard by a larger audience. The French group Yodelice, for example, chooses to sing in English to do just that; reach more people in English speaking countries and the other 1 billion non natives who speak English as a second language.

How Did English Become So Widely Spoken?

During the era of colonialism, the British Empire expanded to many different countries around the globe, creating what we know as the Commonwealth. With them, they brought their language, culture, and customs to far-reaching places, like Nigeria in Africa and India in Asia. The United States itself was once a colony, declaring its independence from British rule on July 4th, 1776 after a bloody civil war.

The end of World War II brought the industrial revolution to the United States of America. The USA had a huge amount of influence during this period over international trade. This lead to English becoming the formal language used in business at the time, and it has remained that way since. Here you can learn how American English differs from UK English.

The English trade network expanded, giving rise to a US-centered corporate landscape. Powerhouses and household names like "Coca-Cola" and "Disney" grew exponentially more influential during this period. Brands that became a part of American culture went global, bringing the English language with them.

America also remained the center of entertainment, further spreading the American cultural influence around the globe.

English is still the most spoken language in information broadcasting, computing and telecommunication industries today.

The Benefits of Learning English.

Let's run through some of the benefits of learning how to speak English.

Mmm. According to The Guardian, English language skills can increase earning potential by up to 25%. Not a small amount of cheddar!

So, get a bilingual education and add "English Speaker" to your resume. Your phone won't stop ringing.

Even if you're not from an English speaking country, you come across English popular culture every day.

Here's a list of some interesting popular culture references that you should know as an English learner.

English swear words take center stage globally too. We won't outright curse in this article, we don't want to offend anybody! But, we're betting there's very few people in the world who could look at this word: "f**k", and not know what infamous word is hiding behind the curtains!

Quotes are helpful for English reading and practical English speaking skills. Here are some more famous quotes from popular culture:

As the most spoken language in the world, learning to speak English is a must for every ambitious or social soul out there. Learn English from a great tutor, take excellent English classes online or teach yourself to speak in English by watching movies and TV shows with subtitles in your native language!

If you can master the English language you’ll be able to master the world!

Is all that motivation and mastery making you hungry? This article takes you into the weird and wonderful world of Australian cuisine!