English Grammar: What are Clauses and How do we Use Them? Using the correct grammar is not something native speakers of English have to consciously think about in conversational situations. Not so for ESL learners who must think carefully about every word, verb tenses, sentence structure and grammar rules when they are speaking English.

Apparently, native English speakers are the worst communicators in the world because they simply do not consider they may be misunderstood.

It's strange, because those who speak English as their mother tongue have to abide by the same English grammar rules and use the same vocabulary as ESL students.

Let's take another look at the rules. 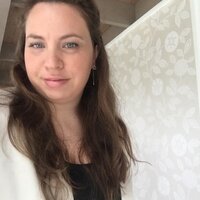 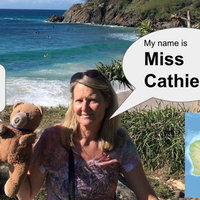 What are Prepositional Phrases?

Prepositions are words that link nouns, pronouns or phrases to other words, and express their relationship in terms of position, time or method.

A prepositional phrase is is a group of words consisting of a preposition, its object and words that modify the object.

Have a look at these examples:

Do you offer English lessons for beginners?

The relationship between the lessons and beginners is shown by the preposition 'for'.

They are the tutors in my English writing class.

Where is the prepositional phrase in that sentence?

The English teacher with the curly, red hair is my favourite.

In both written and spoken English, it can be a challenge for anyone learning English as a second language to use prepositions with accuracy.

Prepositions at the End of a Sentence

Failing the IELTS exam is something I had not thought of.

It's a grammar rule, but why are we not supposed to end a sentence with a preposition?

Simply put, preposition consists of the prefix pre-, meaning before, and position. The literal meaning is then 'before position' or before the word.

If you remember this literal definition, you will remember the preposition, or prepositional phrase, should come before a word — not after. No mistakes.

I had not thought about failing the IELTS exam. This rewording is a better option.

Apparently, Oscar Wilde has the only accepted sentence ending with a preposition:

What About Phrasal Verbs?

A native speaker of English will often use some of the following phrases in informal conversations:

Known as phrasal verbs, they are fine to use among friends. However, if you're in a job interview, or another formal situation, you're advised not to use them.

Slang phrases, like the phrasal verb expressions, are a great way to demonstrate your English speaking fluency — in the right situations.

For formal or official events, you'll create a much better impression if you use your Standard English, or business English.

Who? Whom? If? Whether? Tricky Objects for Prepositions

When you are learning English, two of the most confusing words in English grammar would have to be who and whom. When do you use them, and which one comes after a preposition?

This can cause confusion for a native English speaker too.

To whom should I pass this message?

It is likely you have heard this question when you've called a government office.

It sounds odd, however, the point is, whom always comes after the preposition, not who.

The correct use of if and whether after a preposition also causes issues.

My decision about whether I learn English online or enrol in ESL classes depends on what's available in my area.

If and whether are often used interchangeably by people learning English — just be aware, using the wrong one could cost you marks in a TOEFL exam.

There is a lot of information online about prepositions and prepositional phrases to help you improve your results.

In simple terms, a clause in grammar is a combination of words that contain a subject and a verb and are found within a sentence.

In your English courses, you will have learnt there are four main types of clauses. They will be discussed here using the following sentence:

Sophia beamed from ear to ear after she was praised for her English pronunciation and fluency.

Also called main clauses, the independent clause is the most commonly used type of clause. It is a complete thought, and can act as a sentence on its own — hence the name, independent.

Sophia beamed from ear to ear

This is the first part of our original sentence — before the preposition. It is the independent clause in the sentence.

after she was praised for her English pronunciation and fluency.

Although there is a subject, an object and a verb, this sentence fragment does not express a complete idea. The preposition, 'when' would have to be deleted to make this a complete sentence.

This is, therefore, a dependent clause — also referred to in some texts as a subordinate clause.

Try to improve your English skills by practising identifying dependent and independent clauses.

As you continue your language learning journey, you will find yourself more confident to move past the basic subject-verb-object sentence structure.

Creating more detailed sentences is a perfect way to improve your speaking and writing skills, and the conditional clause will help you to practise this.

A conditional clause is usually the beginning of a sentence, and gives a particular term or state. The latter portion of the sentence gives the expected result of the the condition.

Most importantly, remember the verb must be in simple past tense for a conditional clause.

If Sophia were to be praised for her English pronunciation and fluency, she would smile from ear to ear.

The condition is in the first part of the sentence; the anticipated result is in the second.

The conditional clause is a tricky one — even tripping up native English speakers who often use present tense rather than past.

A relative clause is one kind of dependent clause and it always begins with a relative pronoun.

Who, whose, which, where, when, and that are all relative pronouns.

Going back to our original sentence (with one minor change):

Sophia beamed from ear to ear when she was praised for her English pronunciation and fluency.

Relative clauses function like an adjective — they are used to define a noun or give more information about the subject.

Sophia, who beamed from ear to ear after being praised for her English pronunciation and fluency, is learning to speak more confidently.

You can still understand this sentence without the relative clause; its function is to provide extra information about the subject.

If you are keen to learn as much as you can, ask the tutors in your English classes for grammar exercises to help you improve your identification and use of different clauses.

If you prefer to learn English independently, there are plenty of resources on the internet — and right here!

Learn all about the most effective ways to use English here.

The Coordinating Conjunction — How Do I Use It?

Independent clauses, words and phrases are joined by a coordinating conjunction.

Many school students are familiar with the acronym, FANBOYS — it's a fun way to remember which words are conjunctions.

With practice, you will begin to include FANBOYS in your spoken language increasingly naturally as you continue to learn to speak English.

Once you've mastered that, take a look at our post about English words with multiple meanings.

English Grammar — What is Essential?

Surprisingly, there are many native English speakers who do not know what a clause is — yet they use them all the time.

Non native speakers of English have to work hard to understand all the rules of grammar, but the native speaker starts absorbing these from the day they are born, often without realising what is happening.

English grammar rules are very significant, however, when you want to learn English.

Being able to speak English fluently not only requires you to understand the rules but to internalise them so you can call on them automatically for speaking, writing, reading and listening.

Your English proficiency will be rated in one, or more, of the international English language tests.

These tests will ask you to demonstrate your knowledge of many aspects of English grammar.

We encourage you to use these tutorials as a reference, whether you are sitting in an English class in Brisbane, or learning English online.