How to Get Better at English Reading Comprehension The longest arc any language learner must travel is the intermediate stage. So long might this period last – three to five years or more, that being designated intermediate is no longer adequate to mark ESOL students’ progress.

To better indicate how far one has come in their language learning venture, this stage has been broken down into low-, mid- and high-intermediate.

Some might argue that there is little difference between being a beginner and a low-intermediate English speaker but there are distinctions from one to the next, however slight.

Students tend to get discouraged – or, at the least, lose their passion for learning English when stuck for so long at intermediate level. They think: “Will I ever achieve mastery?”

Fluency is an attainable goal but wouldn’t it be better to focus on getting better at speaking and understanding English instead of becoming fluent?

Or, to borrow a film title: the journey is the destination. In other words: make the most of the trip instead of wishing it would end.

One of the most pleasant aspects of this adventure in learning is enjoying stories; narratives of native speakers that reflect the culture, attitudes and ideals of the English-speaking world.

Every language learner knows that stringing words together is not enough; they must also understand what those texts mean.

ESOL students tend to quickly amass a substantial vocabulary but are less adept at grasping nuance – and much of English writing is nuanced.

Let your Superprof give you ideas on how to improve your understanding of the written word in English.

We’ll show you how to tease out subtle meanings and catch on to context so you can fall into the story without wondering if you’ll miss anything. 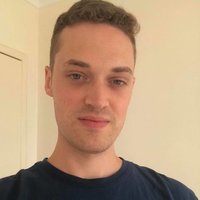 Do you know the root word of ‘familiar’? How about ‘apparent’?

Most people who learn English as a second language spend a great deal of time memorising long lists of words. At least some of that work is not necessary if you learn word roots.

‘Familiar’ comes from ‘family’. Family represents all that is comfortable, safe, and well-known… the very definition of ‘familiar’!

You might be surprised at the number of people studying the English language who don’t associate ‘familiar’ with ‘family’.

Similarly, the Latin word ‘apparens’ means ‘visible’, making the definition of ‘apparent’ ‘easy to see’. At first glance, many ESL students think it has something to do with being a parent.

What about the different forms a word can take?

In some languages, words never change, even in comparative and superlative forms. For instance, in French, describing a woman as a pretty entails putting descriptives in front of the adjective ‘belle’.

Note that, in the English version of these sentences, the adjective ‘pretty’ changes for both the comparative and superlative forms.

Your first tip to quickly improving reading comprehension: as you learn new words, learn all about them – their various forms as well as related words.

As you’ve probably already picked up on through your English learning, sometimes the same word can be a noun, a verb, an adjective and an adverb. ‘Fast’ is a prime example of such.

You can fast (not eat for a set time) or you can be on a fast (the reason you’re not eating). You can be fast (speedy) and you can run fast (quickly).

A greater number of English words can be used either as nouns or verbs; these may cause people learning how to read and write in English a bit of trouble when trying to figure out what a text might mean.

The word ‘watch’ serves to make this point.

The verb ‘to watch’ means to look at intently or to study. The noun has two different meanings: an object that tells you what time it is and an observation – say, a storm watch.

Knowing the type of word you’re reading will help to understand your text.

Also, knowing the word roots and the many forms a word can take is a great way to maximise word retention.

I didn’t feed that cat.

English is not considered a tonal language but English speakers use tone, inflexion and stress to give their words meaning.

If you’re in an immersion study programme, you likely have already picked up on tone and stress used in spoken English. How are you supposed to figure out where the emphasis goes when you’re reading?

If you’re uncertain of where to put the stress, try reading the sentence several times, emphasising a different word each time.

To further improve your understanding of any text, you have to have an idea of what the author is trying to convey.

Writers use word to create a positive or negative impression. The details that the writer gives: do they make you feel excited, happy, scared or sad?

Compare she skipped to town with she trudged to town. The first sentence uses a verb that conveys happiness while the second one indicates a sad mood.

What is the overall topic? Are you reading a romance book, a horror story, an action-packed novel?

When you speak English, you convey meaning through your mood, your manner and the words you use. Writers do the same thing so, to better understand what you’re reading, look beyond the words to the overall picture the story creates.

Helpful tip: to improve your English vocabulary, as you read, be sure to mark the words you don’t yet know. Later, you can look them up – including any related words. And then, use them!

Using new words is the best way to remember them and doing so will improve your speaking fluency!

Reading and writing in English is often an act of using words to paint pictures.

The phrase ‘the apple doesn’t fall far from the tree’ is not meant to make you think of an apple tree with many apples on the ground beneath it. Native English speakers know the writer is saying that a child is not very different from his parents.

Virtually every language has its share of colourful phrases that say one thing but mean something completely different and, like those used in English, they’re most abundant in stories and poems.

Idioms are time-tested statements that generally have proven true.

Some idioms are used more often than others, such as the one about the apple, written above. Less used ones, like ‘a stitch in time saves nine’ or ‘a penny for your thoughts’ are no less meaningful but, because they are not as widely known, they may confuse English learners, especially beginners.

The best way to spot an idiom is when the sentence doesn’t fit in the rest of the text.

Going back to the apple falling far: if the passage describes a well-behaved child and, suddenly, there is talk of apples, it is clear that there’s an idiom at work.

Similes are equally easy to detect because they are comparisons.

A standard comparison uses ‘like’ between the things being compared. The first noun relates to the subject you’re reading about while the second one, the one after ‘like’ paints the picture.

Writers often use similes to make their work more visual. Simply writing ‘she cried’ does not give a clear idea of how she’s crying; she might be silently shedding tears. By contrast, babies usually cry violently, full-throated and waving fists about.

Using the ‘cry like a baby’ simile is meant to make you feel protective of the person crying, just as you would a crying baby.

While similes and idioms are easy to spot – because your native language likely uses them too, metaphors can a bit more tricky.

Metaphors are used to create vivid pictures that have little relation to the actual thing it describes, like so: her mouth was an angry knife slash.

Nobody has a knife slash for a mouth; this description tells us that the woman must be stern and not at all happy.

Some metaphors can be longer than just a few words, such as ‘out of the frying pan and into the fire’, which means going from a spot of trouble to far bigger trouble.

You can spot metaphors the same way you spot idioms: if what you’re reading doesn’t match up to the rest of the text but gives an excellent visual description, it is probably a metaphor.

As you progress through your reading, take note of the many instances idioms, metaphors and similes are used.

Writing them on a poster board is a way you can get more writing practice in!

What Does Culture Have to do with Reading Comprehension?

Somebody who has never had high tea might interpret the event as a posh affair, complete with scones and finger sandwiches. When confronted with the concept of low tea, they might conclude that such a meal must be for lower-class people.

We Brits know that the opposite is true: high tea is eaten at a high table at the end of the workday while low tea, also called afternoon tea is eaten at low tables in the afternoon, usually by high society folk.

Background knowledge – knowledge of the culture whose language you are learning is critical to boosting your reading comprehension.

How can you learn about the culture if you don’t fully understand the texts?

Besides reading magazines and other articles that present the culture of English-speaking countries, watching films is perhaps one of your best chance to learn English while studying those cultures.

Imagine the confusing it would be for someone with intermediate English skills and no cultural knowledge to read about riding the tube; now picture how much clearer the concept would be if they saw ‘riding the tube’.

Many of the concepts an English native speaker understands – because they have the background knowledge necessary to do so would be challenging to anyone who doesn’t have that knowledge base.

Another way to gather knowledge and language skills of English-speaking countries is to listen to podcasts about culture. The British Council hosts an informative podcast for people who speak a foreign language to learn about British culture which can also help improve your English.

Practising your conversational skills with native speakers is a great way to work on your English pronunciation outside of your English lessons. It’s also a fantastic way to strengthen your listening skills.

You can find any number of podcasts and apps to connect with native English speakers, most of which are free of charge.

Podcasts are a great way to incorporate listening practice into your day no matter how busy you are.