The Germanic Language Family: A Godsend for Those Learning How to Speak German A large part of the native English-speaking population believes learning German to be a difficult task.

According to the British Council, the European Survey on Language Competences showed that just 9% of British teenagers had progressed beyond a basic level in the language they were learning, compared to an average of 42% in other countries.

With English being related to so many other European languages, the reason for this disparity between language students in Britain and the rest of the world seems to stem from the lack of necessity to learn a language, as the age-old excuse goes: “everyone speaks English anyway”.

So, in theory, language learning shouldn’t be any more difficult for native speakers of English than for anyone else learning to communicate auf Deutsch!

The low level of progress in foreign language skills for English speakers could be due to British attitudes towards language learning.

With the vast majority of pop culture featuring music, television and films in English, students are barely exposed to other languages and therefore, don’t feel the need to learn about German and improve their proficiency in other foreign languges.

Non-English speakers, on the other hand, are surrounded by the English language from a young age and can experience it passively.

This means that by just tuning into the radio, they can start to pick out common English words and phrases and form a base for more formal learning.

So, perhaps the difference in progress is down to the determination of the students.

As it is so easy for British students to slip back into their native language, they can fail to recognise the benefits of achieving fluency in a foreign language.

And as pop culture is dominated by the English language, making the effort to communicate in and appreciate a second language can seem more difficult than it actually is. 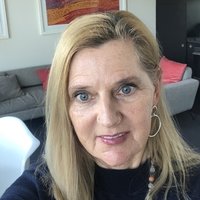 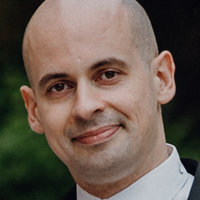 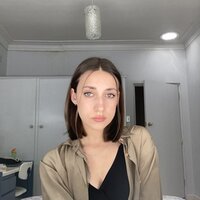 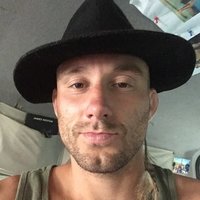 English and German are, in fact, part of the same language family.

Just like the majority of European languages, they share many common ancestors which include dialects spoken in Northern Europe in ancient times.

It might surprise you that in the 17th century, scholars have noted the similarities between Greek, Latin and modern European languages.

From this observation, they began to look for a possible common ancestry between the languages that could explain these similarities.

However, the influence of religion at that time made it difficult to pursue any kind of scientific research that would challenge Hebrew as a base language.

For this reason, it wasn’t until the early 19th century that the term “Indo-European” appeared and linguistic analysis started to develop.

This research showed that English and German originally come from the same primitive tongue which language scientists call “Indo-European”.

This language, which was spoken long before written word and even the alphabet, divided over time to create separate ancient languages which developed into the languages spoken around the world today!

Philology, which deals with the relationships between languages, and phylogeny, the study of ancestry, played a crucial role in creating a family tree of languages.

This sort of family tree helps explain how dialects of Indo-European branched off into different language families.

For example, French belongs to the family of Roman languages, whereas German is a part of the Germanic language family.

And at the centre of the Indo-European family tree, you will find the noticeable similarities between modern-day European languages that make speaking German so much easier for English-speaking learners.

The main similarity between all of these languages is that they are inflected.

This means that their words change their form for grammatical reasons.

German is notorious for one grammar rule in particular: cases.

Cases are also called declensions, and their purpose is to explain the relationships between words in a sentence by manipulating their spelling and pronunciation.

Don’t let them worry you too much – like anything else, with enough practice, cases will come naturally!

Another key element of the inflexion in Indo-European languages is most noticeable in spoken language, particularly when asking a question.

In English, a verbal question usually finishes by pronouncing the words at a higher pitch.

But, funnily enough, English isn’t the only language where this happens!

Raising the pitch of your voice at the end of a sentence is a common characteristic of French, German, Spanish and many other languages which are of Indo-European origin.

English Words Which Have Crept into German Vocabulary

If you have ever studied in Germany or you regularly interact with German speakers, you may have found yourself astounded at the amount of English words which have become a part of German vocabulary.

Every year, new words enter the world’s dictionaries – this is a clear example that languages never stop evolving. If you take German classes London or in another UK city, try to find a tutor who's a native speaker to be up-to-date in German vocabulary!

The influence of the English language on German is not always to do with borrowing words in their original form.

Sometimes, when new, foreign words enter a language, they go through a process called lexicalisation, in which they become adapted to the natural tendencies of the target language.

This could mean that they take on a different spelling to help German pronunciation, and verbs will also exist in conjugated forms.

For example, instead of the English word “mountain bike” being spelt and pronounced as written, it has morphed into the more Germanic form of “monteinbieke”, making it easier for German speakers to pronounce and spell.

Nevertheless, words just like this one are still considered to be the product of the English influence.

Other words borrowed from English include pullover, teenager and the verb “partyen” (to party).

Use of English words in German has become so widespread, particularly amongst young people that this version of German is now recognised as a different dialect of the language, called Denglisch.

The term ‘Denglisch’ is a mix of the German names of both languages; Deutsch and Englisch, and refers to everything from borrowing English words to using them excessively and even adopting some English grammar.

Other examples of the English invasion of the German language include downloaden (to download), which can be conjugated as a regular German verb according to the tenses and cases in a phrase.

See where you can find a good German course here.

On this side of the channel and indeed throughout the English-speaking world, borrowed German words are far less common.

You may not notice them, but they do exist!

Some German gems we use in our day-to-day lives include:

This means that the umlaut on Doppelgänger may be removed, since English does not have umlauts or accents in its alphabet, and the plural form of Rucksack is pluralised with the addition of an ‘s’, rather than using the German pluralisation, Rucksäcke.

This collision of the two languages can be explained by the special relationships maintained between Great Britain and Germany over the centuries.

Despite the complex history of the German borders and more than one devastating war, the UK and Germany have a lot in common.

Even from the 13th to the 17th century, the two lands engaged in trade as part of the Hanseatic League, which used German merchants to facilitate trade between cities across Northern Europe, including London.

Later on in history, the British and German royal families began to intermarry, which, in the late 17th century, stood for healthy international relations.

Up until the reign of Queen Victoria, the Germans and Brits more or less shared a royal family.

In science and technology, too, Great Britain and Germany have been great allies, sharing ideas and pioneering research since the late 19th century.

The German spirit for innovation is still present today, and German is the second most popular language for scientific publications, coming closely behind English.

And that's just one reason why it is so important to learn German!

Links Between German and English-Speaking Culture

Language and culture are largely interlinked, and since the English and German languages are so closely related, you can witness this in the geopolitical relations between countries speaking these respective languages.

Regardless of the reported incomprehension between in the countries in the light of the UK's exit from the European Union, economic relations will always thrive.

Today, there are around 100,000 Brits living and working in Germany, and some feel such a part of German culture that they have applied for German citizenship amid Brexit fears.

So, the golden duo that is German and English goes beyond linguistics!

The binding link between language and culture is the exact reason why total immersion in German culture will send you on your way to success.

Over the course of your German lessons, bit by bit you will understand that despite their differences, German-speaking and English-speaking culture hold common economic and political values which go back centuries.

This is why it is so important that students both on the continent and in the British Isles are given the opportunity to learn the other country’s language, regardless of how ‘useful’ it is perceived to be at the time.

Learning languages quickly improves your career prospects as well as your ability to engage in intercultural communication.

Another point English and German hold in common is that they are widely spoken languages. English is spoken as an official or primary language in more than 50 countries, and German in 25, including Switzerland, Liechtenstein and, of course, Germany.

This means that both languages have a major influence across the globe, and knowing how to speak them both can only be beneficial for developing and maintaining healthy international relations.