Master your Chinese Lessons with our tips for learning Mandarin Characters It has escaped no one, and it's an understatement to say that the Mandarin alphabet is the antithesis of the latin alphabet.

In addition to having to learn a new grammar and vocabulary, you're going to have to look very seriously at writing the language.

In this respect, along with other languages like Korean, Russian or Japanese, learning Chinese and Chinese writing is an additional difficulty.

The Chinese Kangxi Dictionary reported the existence of more than 47 000 different characters when an educated student will only get between 5,000 and 6 000 characters.

Please note that in order to read a Chinese newspaper or understand almost all of the documents of daily life, a knowledge of only 2000 characters is necessary.

Although alternative means such as pinyin exist, we will try to give you some tools to learn to master writing and understanding of Chinese characters. 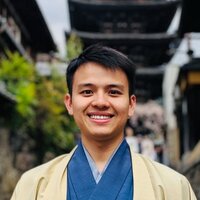 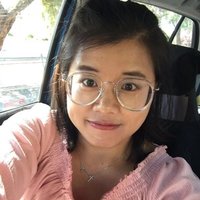 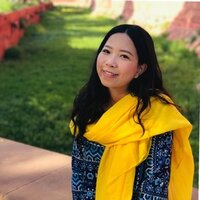 A prerequisite: learning the radicals

A little courage! With 2000 characters under your belt, you'll be able to read the newspaper!

Before launching headlong into learning the characters, it seems indispensable to master what is commonly called the radicals.

In Chinese writing, the characters are written with strokes. There are 8 fundamental strokes which can have several variants (29 variants) that are so-called complex strokes. It is thanks to the basic strokes and complex strokes that it is possible to develop radicals.

In mandarin Chinese, there are 214 different keys that will be the basis to write famous Chinese characters. Indeed, it is thanks to the almost infinite combination of these keys it is possible to form one or more characters, speaking a word, a sentence, a thought or an idea.

Thus, for the beginner student, starting by learning written Mandarin by focusing on the key is a good idea or even a vital one.

This will allow to have a solid foundation to recognize and memorize the keys that are used in any particular character. Starting to learn the characters directly is so much more complex without mastery of the keys at first.

Here are the different "keys" that you'll need to write Chinese.

Also, discover how to learn to read Chinese!

The learning manual of Chinese characters "Stick" offers mnemonics for memorization for not less than 1,600 different characters.

The seriousness of the method is foolproof, this book has the interesting distinction of being jointly written by native Chinese and Chinese students, sometimes even beginners.

It is particularly sensible to have integrated novice learners to the method in the sense that they often created mnemonics that can be used by others.

An example of a mnemonic expression to remember the characters!

As a result, the fun and practical method has nothing more to prove. This book is available in digital or physical version for a price fluctuating between 20 and 25 pounds.

But because the mnemonics are not always an exact science, and do not represent the same truth for everyone, why not creating yourself a notebook or a glossary of keys or Chinese characters?

Indeed, the most effective mnemonics are those that we create ourselves, because they are related to our emotions and/or things that we know.

The basic rules to learn characters

The importance of breaking them down to learn

As we said earlier, in order to master the characters it is essential to cut them up into smaller units, strokes or keys.

Controlling keys allows you to find the idea associated with a character that will sometimes be an assemblage of several keys.

For example, for someone that has never seen the pictogram Chinese 药 pour "medicine" and knowing his keys, it will be possible to recognize:

In other words, someone having never seen the character associated with drugs will still be able to determine the overall idea of this character (and that it is linked in some way to medicine) thanks to the mastery of the keys.

The rules of writing of Chinese characters

To write Chinese properly, it is extremely important to follow the rules.

Be careful when you write a Chinese sign to leave a gap when there is one!

When do you consider that a character is mastered?

To consider that a given character is perfectly controlled, you must be able:

Before you can make art with Chinese writing, practice!

The most effective tools to learn the characters

In learning Chinese, "Chineasy" teaching approach is extremely innovative and interesting. The approach to the process initiated by Shaoran Hsueh is to "bridge the gap between East and West" in terms of language.

But then what is the process?

The idea is very simple and involves pictograms and the learner's visual memory.

Some examples of drawings to remember characters!

For example, for the learning of the Chinese character for people 人, the associated pictogram is to put a head at the intersection of the two lines and a shoe at the end of each of the two strokes to make a snowman. Similarly, the idea associated with following someone or something is done by the combination of two "people".

This approach totally based on the visual is what constitutes originality, the genius for some or a weakness for critics of the method which highlight that it is possibly difficult to put the characters in their contexts when they are not associated with the visual elements that we all know anymore. Each will make his own opinion on the issue.

Cash in on these tips to learn Chinese characters quickly!

Other fun tools are extremely effective in the learning of Chinese characters.

This is particularly the case for many platforms found on the Internet and seeking to prepare the HSK test evaluation in Chinese. This test formalizes oral but also written skills of characters of a non-native audience for whom Mandarin is not a mother tongue.

Depending on the level (from 1 to 6), the characters it takes to master are different and are available on the website of the China Institute in the United Kingdom: chineseinstitute.fr.

Other websites like "Chine.in" offer a comprehensive approach to the basic characters to study and master with a break down of the writing of each character, the pronunciation, phonetics, translation and more globally the different ideas which can be associated.

Even for those not wishing to pass the HSK test, reviewing the requested characters is something useful because these are the most frequently used.

Finally, it is also possible to take private lessons or online courses to improve or perfect your knowledge of Chinese characters (Mandarin class London).

Find your own personal Chinese tutor in the UK on Superprof: