English Lessons — Why are they Essential in the Business World? Language is a dynamic and constantly changing entity.

With that last fact in mind, it comes as no surprise that English has become the global language of business.

Who made this decision?

While there was no specific political group or academic research committee who initially made an express decision that world business would be conducted in English, a number of international communications are in English, including:

But how did English become the language of business and why is speaking English seen as beneficial? 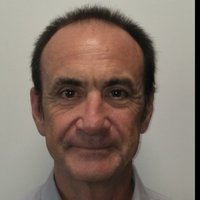 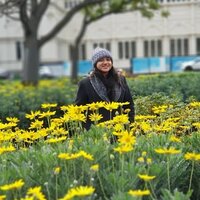 How English Became the Language of Business

The global dominance of the English language started to emerge with the founding of the British Empire.

At its peak, the British Empire ruled over 23% of the world's population and occupied a quarter of its total land area. Of course, this was significantly reduced with North America's independence in 1783, but America's economic and business rise still did not occur until several centuries after.

Where are English lessons available?

Why a Knowledge of English is Beneficial for Business

Politics and economics have been the basis for establishing a global language in history.

For centuries, the global economy was driven by the far-reaching British Empire. This continued even after World War I, and despite the Empire becoming less powerful, because of the remaining number of British colonies who continued to trade and use English when conducting business.

As Britain's influence lessened, America stepped up as a world leader, and remains in that dominant position to this day.

English is used in America by the government and the majority of speakers, despite not being officially declared as the national language.

With America's power, the fact they use English as their fundamental language means that English also remains the global language used by all businesses during international transactions.

The key is to harness the benefits of this trend!

English Courses and Other Ways to Improve your English

As with all specialisations, you need to have a working knowledge of the basics first. This means, before you focus on Business English lessons, your level of general spoken English should be good. Try engaging native English speakers in conversation to improve your fluency and pronunciation.

There are lots of online quizzes you can use to test your proficiency as well.

Online English lessons and face-to-face English courses with other ESL students are also useful if you want to consolidate your English grammar and vocabulary.

It is important that you are confident with your abilities when it comes to fundamental knowledge and general phrases because business English has its own set of expressions and vocabulary which build on the basics.

This fundamental knowledge includes tense, use of adjectives and adverbs, expressions in context and sentence structure.

All English language skills are important. Many English as a second language learners devote extra time to developing their reading and speaking skills, however, it is important to note that listening skills are just as important in the business world. Your study timetable should include designated time for audio materials.

Business English does not require slang, however, learning some business-related idioms could come in handy. Leave the slang for conversational English with friends.

Try these English courses to improve your spoken language.

Where do your Business Interests Lie?

When we talk about business English, we're really using it as a general term to refer to international relations; it covers anything from retail and tourism to politics and trade.

The latter aspect is the first one you should focus on to improve your English ready for your new business career. For example, if you want to go into finance, you will require words such as liability, investment and portfolio. However, if you are looking to enter the tourism/hospitality industry, your new vocabulary will be words like reception, amenities and ecotourism.

Once you're in your dream career, take the opportunity to continue learning English.

What is your ultimate dream?

Do you want to manage your own shop or restaurant? Maybe you want to facilitate exchange programs or cultural experiences?

Businesses that deal with the general public require top-level organisation and the ability to speak English fluently.

It's not only working with the public where your new skills will come in handy. Setting up your business means you need to communicate with government agencies to obtain the correct licences, insurances and to pay tax. Understanding business English is going to be essential.

It's not difficult. Let us show you how easy it is to learn English and investigate English courses in Sydney and beyond.

Have you considered becoming an English teacher and working with non native learners at a beginning or intermediate level?

Using your own experiences learning English, you can draw on strategies that helped you. These will be particularly beneficial for students who are studying for IELTS or TOEFL.

Think about advertising at your local colleges and shopping centres, or create a tutoring profile with Superprof. You will know how to bring fun into learning English.

Your first-hand experience learning a new language will be your biggest drawcard. Students want tutors who understand their confusion with grammar rules; they want hints and tips about the best ways to learn new words and phrases, and how to navigate verb tenses.

Find English Speakers Who Want to Learn Your Native Language

The benefits of bilingualism are well-documented by scientists — increased attention spans and improved focus, both of which lead to the ability to cope in the high pressure world of business.

Bilingual or multi-lingual job applicants are highly sought after by employers who deal with the global and business markets.

With this in mind, it is no surprise that many native English speakers want to learn a foreign language for the purpose of career advancement.

China and India are key players in the global economy. If you're a native speaker of either of these languages, or perhaps a native of Brazil or Russia, you could confidently work with a native English speaker to teach them your native language.

You might even secure a contract to teach employees a foreign language in a global company because of your knowledge of English business terminology.

Online teaching is a very lucrative business opportunity. You may wish to think about teaching English, via Skype, to people who want to learn English in your native country.

Online learning is not the next big thing, it is the now big thing — Donna J Abernathy

You already know how to learn English because you've been there. There is no reason why you couldn't run one-to-one or small group English lessons. Motivate your students the way you were motivated — help them learn through movies, music and books.

Private or online tutoring still requires a good command of business English as you will need to complete application forms to register your small business.

Are you looking for Beginning English courses?

Learn English — the Advantages Extend Beyond the Business World

It is certainly true that China's economic power is growing and some linguists are predicting that Mandarin will eventually overtake English as the global language of business.

Does this mean your efforts to learn English have been for nothing?

Quite the opposite. In fact, you should increase your practise of English.

No need to worry — your business English skills will be required in the future.

Did you know that learning English will increase your access to higher education and online materials?