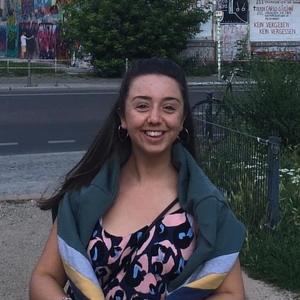 French graduate in Sydney here to share a passion for one of the most beautiful languages in the world! Experience tutoring from primary school age, through to adult learners.

Speaking, speaking, speaking... let's just have a chat! You don't chat to the peraon stood next to you in the bakery que with a notebook and pen, which is why my lessons are conversation driven.
My lessons tend to be loosely structured with central changing themes, eg. Film, sport, fsshion, politics depending on the learner's interests. however if we divulge and end up doing something completely different, it's no problem, as long as we're speaking French.
There's no pressure and we'll only talk about the important stuff!

I am an English packpacker, settled in Sydney, excited to speak some French!
I spent a year teaching English as a foreign language across several primary schools in France, where I also gave private English lessons after school and at the weekends.
I've been there, done that and got the Tshirt, so I know how hard it can be to learn another language, but it is also such good fun! Text books aren't fun, but understanding and communicating in another language is so rewarding.
I was lucky enough to have the most fantastic tutor during my final 2 years at secondary school. I had the desire to learn and was hard working, but lacked confidence speaking French because I was easily intimated by others in my class. My French tutor helped me enormously with my confidence and with his help, I sailed through my oral exams.
I would love to help other people in the same way, because I know what a difference that extra help can make.