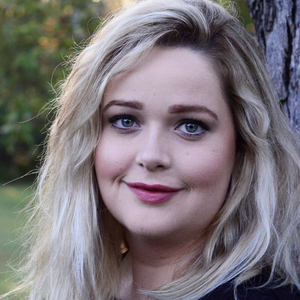 I have been giving music and singing lessons in-school and privately for 8 years. Whilst I am primarily a classical singer, I can teach a good, solid foundational technique for all style of singing. Whatever your goals are, I'd love to help you achieve them.
I can also assist with music theory, musicianship, school music assignments and essays, and children's music lessons.

Jessica Taylor is an emerging Australian soprano whose singing has been described as “truly thrilling… [displaying] excellent acting ability… [and covering] a wide range of emotions”(Noted). She has completed a Graduate Diploma in Music at the West Australian Academy of Performing Arts (WAAPA), a Graduate Certificate in Music Performance at Queensland Conservatorium of Music (QCGU) and a Bachelor of Music at The University of Queensland (UQ). In 2018, she performed the title role in "Cendrillon" for WAAPA, as well as performing as a principal artist in a Gilbert and Sullivan revue directed by Stuart Maunder. She also won the Royal Overseas League Artsong Prize, and the Kantor Encouragement Award at the Melbourne Recital Centre's Great Romantics Competition. At QCGU, Jessica performed the role of Blanche from “A Streetcar Named Desire” in the Postgraduate Opera Scenes showcase, Alice in scenes from “Falstaff” for the QCGU 50th Anniversary Gala, and understudied Lady Billows in “Albert Herring”. At UQ, she performed many lead roles in the Opera Scenes, including Violetta in “La traviata”, Donna Elvira in “Don Giovanni”, and Roselinde in “Die Fledermaus”. Jessica has also performed in concert with several ensembles, including Beethoven's “Choral Fantasia” and Britten’s “The Company of Heaven” with the University of Queensland Symphony Orchestra, Pergolesi’s “Stabat Mater” and Rutter’s “Gloria” with Musica Antiqua Collegii, and solo performances with the Badinerie Players, Armilla Quartet, Brisbane Mandolin Orchestra, and St Peters Symphony Orchestra. In early 2019 she is looking forward to producing and performing the title role in the Australian premiere of Holst's "Sāvitri" for Perth Fringe World.

If a student cancels within 24hrs of the lesson, I still require 50% of the lesson fee.
I am happy to provide 30min lessons at a rate of $35 per lesson to children under 13.