The Educational Benefits of Learning the Arabic Language Today Arabic is spoken by more than 300 million people around the world.

So why should you learn Arabic?

What can learning Arabic bring you in terms of your academic progress?

Will learning Arabic help you find a better job? Will it open doors to new professional opportunities around the world?

What are the real benefits of speaking this ancient language in the worlds of business, tourism, and science? From a cultural point of view, Arabic has made great contributions not only to Middle Eastern culture, but also to our own.

By deciding to learn Arabic, whether its an 'Arabic for beginners' class in school, or through private or even online lessons, there are a number of advantages to speaking this language:

Speaking Arabic will help you open your eyes to the world, to develop interpersonal skills, and to indulge your intellectual curiosity.

It will also help you stand out from your academic peers and perhaps help you find a job that is truly interesting and desirable.

What's more, it studying Arabic couldn't be easier. You can learn Arabic online, take an Arabic course at a local language school, or find a tutor on the Superprof website who can teach you how to speak Arabic, as well as how to master Arabic script and its grammatical structures.

So, are you ready to make a difference in your academic career by learning the Arabic language?

We're here to offer you some advice to get you started.

After reading this article, you'll have everything you need to start taking Arabic lessons. 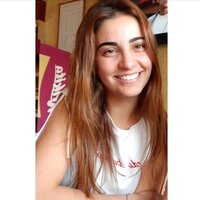 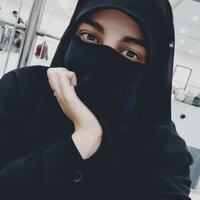 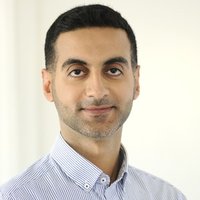 Learning Arabic as a Second Language

Even as it's become trendy to learn lesser-known and notoriously difficult foreign languages such as Chinese, Korean, or Japanese, enrolling in Arabic classes at a young age can prove to be a serious advantage later on in life.

It will depend on your goals, your interests, and your ability to work hard and especially to concentrate, but learning to read Arabic will definitely pay off in the long run.

For those of you wanting to work in international business or tourism, Arabic can open the door to new horizons.

The Arab world is very large and includes a number of important countries in the realms of economics, finance, and geo-politics, such as Algeria, Egypt, Tunisia, Morocco, the United Arab Emirates, Kuwait, Qatar, Iran, Iraq, Saudi Arabia, among others.

These countries are in a state of constant evolution.

Learning Arabic through traditional classes, private Arabic lessons, or online Arabic courses will be an undeniable advantage, operating like a passport to jobs in the future.

If there's one piece of advice to follow, and if your goal is to work anywhere in the world where Arabic is the dominant language, don't hesitate for a second more!

Take Arabic as a foreign language classes when you're younger, so you can reach an even higher level before you finish your formal education.

Check for an online Arabic course you can take.

Secondly, you should know that choosing Arabic as your second language could shape your future studies; it's important to only choose the language if you have an affinity towards it because learning Arabic is often a long and difficult process.

Don't force yourself to choose Arabic if you don't feel up to the task because you'll find yourself unable to put forth the necessary effort.

But if you like the sound of Arabic, if you're already familiar with some Arabic vocabulary, and if Arabic grammar and reading don't scare you, go ahead!

What You Should Know about the Basics of Arabic

Before anything else, you should know that there are two types of Arabic, which are known as literary Arabic and dialectal Arabic.

Literary Arabic, also sometimes known as Modern Standard Arabic, is the form of Arabic common to all Arab countries, and is the predominant written form, but it's also found in public discourse and in the media.

Dialectal Arabic corresponds to the form of Arabic used orally. This changes because the spoken forms of dialectal Arabic are different in each country; Egyptian Arabic has little in common with the Moroccan dialect or that of  Saudi Arabia.

Some other basics about the Arabic language:

Developing Your Listening and Concentration Skills in your Arabic Lessons

The Arabic language is one of the most widely spoken internationally.

But if want to learn this unique language, you'll need to become an excellent listener, meaning not only will you need to learn the Arabic alphabet and learn some basics of Arabic calligraphy, you'll also need to train your ear to hear these new sounds in Arabic, on a continually regular basis.

Discover some of the best Arabic classes Sydney here.

Immerse yourself entirely in Arabic by listening to speeches, discussions in Arabic, Arabic speaking radio or even by watching the news on Arabic language TV stations like Al-Jazeera.

For those who want to learn Arabic on their own, there's also the option of listening to podcasts in Arabic, which are an excellent way to develop your listening skills and reinforce your concentration; with podcasts you can download them to listen over again, enrich your vocabulary, learn the rules of Arabic grammar, learn how to use proper intonation, and discover the nuanced meanings of Arabic words.

In sum, you'll boost your level of oral comprehension and improve your writing, reading, and pronunciation skills.

Some tools to help you learn Arabic in addition to your lessons:

Why Learn Arabic: Make Yourself Stand Out in Your Professional Field

Few of your peers, in high school or university, will be able to develop such international experience during their studies.

Few of them will have the chance to discover fantastic and mythical countries like Egypt, Jordan, and Lebanon, countries where the US and other Western countries have crucial interests (economic, financial, cultural, and religious).

In Arabic, the language and culture are closely linked. Your proficiency in one grows as it does in the other. Even from knowing some colloquial slang or a few keys phrases, your understanding of Arab culture will increase which will be an asset for any employer looking for staff to deal with middle eastern relations

There is often a lack of mutual understanding of local contexts. Speaking and reading Arabic offers you the opportunity to participate in new business endeavours with a better understanding of complex political and cultural situations.

Familiarity with the Arabic language and an understanding of the cultural differences within a particular context are more important than anything else when trying to meet the challenges of the Middle East and North Africa.

The Benefits of Learning Arabic: Learn About the World's Second Largest Religion

Islam is the most widespread religion in the Arab world and it's through the Quran that believers share in their faith.

It serves as a prism through which many Arabs see the world.

Learning about the Quran will both help you better understand Islam and learn more Arabic vocabulary through its rich text, which is the source of many ideologies in the Arab world.

As you can see, learning Arabic can prove itself difficult at first, but the benefits and impact on your academic and professional careers are undeniable.

With the Internet, there are several ways to learn such as night courses, free online Arabic lessons, private lessons, adult learning lessons at universities, and Massive Open Online Courses (MOOC) amongst others.

Learn Arabic now and enhance your language comprehension skills, but more importantly augment your understanding of the world today.

You will find arabic lessons london as well as across the country.