A Look Behind the Scenes of The Lion King Musical In a sense, it’s a tale as old as time – of a youngster coming of age and coming into his own. The fact that it was told by cartoon lions and hyenas notwithstanding, the fully animated feature-length film presented by one of the world’s most recognisable brands was a hit.

That’s true whether talking about the Disney animated film or the musical that was born of it.

In some ways, The Lion King is a remarkable story, not just for its storyline but for the tale’s genesis.

Many films or stage shows are interpretations of some previous work or an individual’s remarkable deed. Generally, Walt Disney Pictures follows form.

However, unlike their standard fare (think; Beauty and the Beast) The Lion King is Disney’s first wholly original animated film – meaning that writers and producers brainstormed the whole story from start to finish.

Although unanimously praised, it endured harsh criticism, especially from Japanese audiences for its parallels to the anime series Kimba the White Lion.

All of the above refers to the Disney film. What about the stage show?

Now, Superprof tells a different story: how The Lion King wowed audiences around the world, how it adapted to cultural elements wherever it played and how mere actors became marvellous jungle beasts.

We have front-row seats to the stage production of The Lion King and the curtain is about to go up!

Search for singing lessons on Superprof. 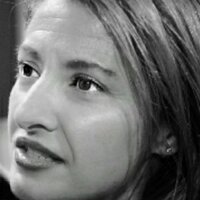 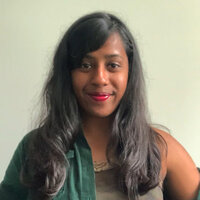 The Lion King: a Synopsis

It’s morning on the savanna. A proclamation has caused all of the animals to gather at Pride Rock for the presentation of the Lion King’s scion, Simba.

Rafiki approaches, staff in hand. He utters an incantation and breaks open what looks like a pomegranate. With the juice, he marks the newborn lion cub. He then sprinkles dust, which causes Simba to sneeze. Rafiki then takes the baby lion and holds him aloft, presenting him to the rest of the kingdom. All of the animals bow.

Simba is a frisky young lion, always seeking adventure and occasionally getting in trouble.

One such time, his father chases him through the gorge to rescue him from a stampeding herd of wildebeest. Simba comes out of the ordeal shaken but unharmed; the same cannot be said for his father, Mufasa.

Scar, Simba’s uncle, who orchestrated the stampede expressly to end Mufasa’s reign, urges his nephew to run away before anyone can discover that he played a part in his father’s – the king’s death.

The evil Scar adroitly plays young Simba’s guilt against him. It takes the now-adolescent lion a long while and a chance encounter with his childhood playmate to realise that, in fact, he had no hand in his father’s death… but that knowledge comes much later.

After years in the company of his friends Timon and Pumbaa, he must return to Pride Rock, fight the evil that has decimated his home and claim his rightful place as the Lion King.

Laden with symbolism, The Lion King depicts a commonplace event – growing up, wrapped in questions of morality.

Are there any moral messages in the musical Oliver!?

The Story Behind the Story

This tale draws on elements of the Bible, specifically fleeing one’s home, as Moses and Jacob did. You could also draw parallels with Cain and Abel and most certainly recognise a devil in Scar’s character.

Shakespeare’s Hamlet is plainly evident in Simba. Virtually every facet of the young lion mirrors Hamlet, from the loss of his father and running away to the moral dilemmas he wrestles with.

Finally, The Lion King is a tale that everyone can relate to: coming of age is not easy whether you are human or lion. Stepping up, eschewing the easy life and accepting responsibility are all a part of growing up.

How are such elements played in The Phantom of the Opera?

Unlike some shows to play on Broadway and, after their successful run, go on tour, The Lion King characters were all local to the theatre the show played in.

For instance, Japanese audiences enjoyed performances from an all-Asian cast while, in African countries, local actors took the roles.

Furthermore, most countries translated the show and songs into their native language – save, of course, for that opening call:

There is much to be said about the symbolism of the opening song and scene, and even about that chorus line, spoken in Zulu.

We’ll talk more about the music in the next segment.

To give you a snapshot of which actors played what role in which country, we’ve compiled the following list.

Who was your favourite performer in Cats?

The Music of the Lion King

Additional musical elements for the show were scored by Hans Zimmer.

What you might not know is that the stage show reprised all of the songs of the original film and added two more.

Zazu’s Morning Report was original to the film but was edited out. In the musical, it was sung by young Simba, Mufasa and Zazu during the show’s first run on Broadway. Regrettably, it was cut from subsequent performances.

Sir Elton further enriched the stage show with Chow Down, sung by the hyenas as they chased Simba and Nala through the elephant graveyard.

Other songs not featured in the original film include The Madness of King Scar, The Grasslands Chant, They Live in You and Rafiki Mourns.

The only condition Sir Elton attached to his providing the music for the film was that at least one song would be a ballad that would play well on the radio; he made no such stipulation for the stage show’s additional music.

In case you hadn’t guessed, the award-winning ballad Sir Elton penned is Can You Feel The Love Tonight but it wasn't the only song from the Lion King soundtrack that made it to radio; Circle of Life also got substantial airplay, peaking at #11 on the UK Singles charts.

Hakuna Matata, another award-winning song, did not garner any radio play but is universally recognised.

Les Miserables has some pretty memorable songs too…

Differences between Film and Show

Overall, the stage show remained true to the original film.

Besides the additional music and the scenes they depicted, there were a few notable differences between the stage and screen versions of the story.

In all, the live-action film that Disney Studios released this year comes close to capturing the feeling that the original film evoked but one might rightly say that the stage show raised the bar on any future Lion King endeavours.

Your turn to chime in: how do the most popular musicals compare from stage to screen?

In London, it was nominated eight times; it won the Lawrence Olivier Award for best choreography and best costume design.

Did you know? Julie Taymor didn’t just direct the show, sh designed the production and the costumes.

In France, The Lion King swept their awards ceremonies and, in Australia, it took Best Musical and Best Costume Design awards, among others.

Initially thought to be a minor production, it The Lion King debuted far from New York. Its overwhelming success brought it to Broadway stage three months later.

It moved to the Minskoff Theatre, another house in New York’s theatre district, to make way for another Disney theatrical production, Mary Poppins.

Still, its raging success meant it would continue to play; to date, with more than 9,000 shows, The Lion King is Broadway’s third-longest running musical.

In London, the show opened at the Lyceum Theatre in 1999 and hasn’t stopped running yet. Members of the cast twice performed at the Royal Variety Performance with senior members of the Royal family in attendance.

If you’ve not yet seen The Lion King musical, you still have a chance to do so! After all, how could anyone pass up the chance to visit the Pride Lands?

Now discover the story behind the hit musical, Hamilton...

You can also search for singing lessons on Superprof.