A Guide to Cryptocurrency Scams The digital currencies known broadly as cryptocurrency have really taken off in recent years, and it’s due to this rising popularity that scams are becoming more prevalent.

While cryptocurrency is still in its early stages, several large companies accept it as a form of payment. Until recently, the hugely influential CEO of Tesla, Elon Musk, was a staunch advocate for Bitcoin and flirted with the meme-based cryptocurrency Dogecoin. Recently, though, the entrepreneur went back on his word to accept bitcoin as payment for Tesla cars and has spoken out against digital currencies and devaluing many of them in the process.

Such is the volatility of cryptocurrency in the investment market that it opens the door to scammers. Given that cryptocurrency is a topic that seems to be regularly on everybody’s lips, it makes sense that opportunists would try to take advantage of those looking to invest.

The issue of cryptocurrency scams is perhaps made worse by a general lack of understanding surrounding digital currencies, with many first-time investors looking to throw money at them in the hope of securing a lucrative return.

There seems to be a palpable sense of urgency regarding cryptocurrency since the potential to earn a lot from a small investment is an exciting thought. Everybody wants to invest in the cryptocurrency that will become the next big thing, and as a result, they are maybe less aware of scams and red flags along the way.

It’s estimated that US citizens have lost approximately $80 million due to cryptocurrency scams, with numbers increasing over the years. This is a problem that is getting worse, not better, so now is a good time to get informed and protect yourself from falling prey to one of these scams. 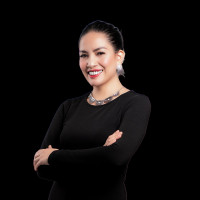 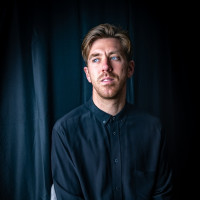 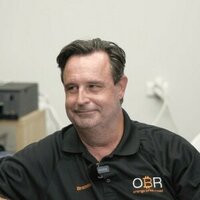 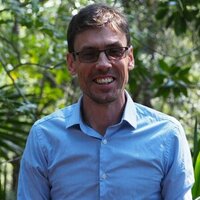 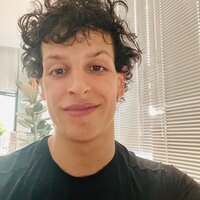 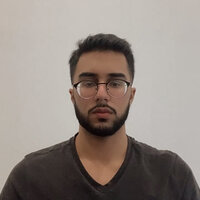 There are my famous examples of cryptocurrency scams that have stolen literally billions of dollars over the years, and it’s worth learning about them, so you know what to look out for when you invest in digital currencies.

OneCoin will go down as one of the biggest cryptocurrency scams ever, as it swindled customers out of an eye-watering $4 billion - only around $1.7 billion of which has been recovered.

The creators of this illegal Ponzi scheme sold what they marketed to be educational packs that were supposed to teach customers how to mine the OneCoin cryptocurrency.

Bitconnect operated on the premise that cryptocurrency investors would want to trade Bitconnect coins for the more popular Bitcoin.

The open-source currency proved enormously successful, deceiving people from all over the world and claiming a place as one of the top cryptocurrency tokens before plummeting in value due to government investigations and cease and desist orders.

PlusToken was a Ponzi scheme that stole billions of dollars from its users.

It did so by offering to make monthly payments to customers that held cryptocurrency wallets with it.

Fortunately, the scheme came to an abrupt end in 2019 when authorities arrested several Chinese nationals and froze the company’s digital assets, which were allegedly worth close to $4 billion.

Pincoin is one of the most high-profile exit scams, in which the ICO of the company bagged investors’ money - close to $660 million - and made a run for it.

From the beginning, there were several red flags with Pincoin, including the ludicrously lucrative return on investment they promised of 48% every month.

iFan was another cryptocurrency scam by the same company behind Pincoin, PIN foundation.

This scam cryptocurrency token was first promoted as a high-value social media token intended for influencers and celebrities before being released to the public.

By the time many investors had realised that the token was utterly worthless, it was too late.

The worst part of this scam is that many of the individuals behind it got away with it and successfully fled the country and the Vietnamese government.

Scammers these days operate through various mediums, so you have to be on your toes at all times if you want to avoid falling into one of their traps.

Gone are the days when the most prevalent form of scam was email phishing. Scammers have diversified their tactics and now target victims across many platforms. With that in mind, here are some of the different types of cryptocurrency scams you might encounter:

Creating a mobile app might seem like an awful lot of effort for a scammer to go through to trick someone into giving away personal information or money, but it’s more common than you’d think.

As a result, you need to tread carefully when browsing the app store for cryptocurrency-related apps since they can spell bad news.

Thousands of smartphone users have succumbed to the fake news spread by these apps, so to avoid becoming another victim, make sure to do some background research around the app and its creators before you download it.

There are many fake phishing websites out there that will try to scam you out of cryptocurrency or cash, and it’s surprisingly easy to click a wrong link on a social media post and be taken to a scam site.

The thing is, these fake websites won’t look obviously fake like you might suspect. Many of them will try to replicate the page layout of a popular news site such as CNN to look credible. Always look for the lock symbol on the left-hand side of the URL bar whenever you navigate to a website through a link.

Social media is both a blessing and a curse, and when it comes to cryptocurrency, it more often than not falls into the latter description.

It’s exceptionally easy for scammers to set up fake accounts impersonating famous people, which is all they need to do to set the wheels in motion for a pump and dump scheme.

Be wary of free giveaways and unsolicited advice on social media, as they could very well be fake.

Phishing emails have been around almost as long as the internet itself.

Usually, how this scam goes down is a scammer will try to reach out to you via email asking for personal information or the private keys to your cryptocurrency wallet. They will typically do this under the guise of a reputable company so you don’t suspect anything.

To avoid getting caught out with the classic email scam, never click on links you receive in emails unless you know for a fact it is safe to do so. Even then, it never hurts to do a quick Google search instead to find what you need.

Even if the email does seem 100% legitimate, you should still check in with the company’s website to double-check the offer is genuine.

How to avoid bitcoin scams

While you probably already know this, hands-down the best way to avoid a bitcoin trader scam is to realise that if something seems too good to be true then it most likely is.

If you see schemes or ads online claiming you could make a significant return on your cryptocurrency investment, then your first reaction should be to run in the opposite direction.

If you find an offer that you absolutely have to invest in, then at least make sure you do due diligence and research the company or individual behind it to make sure they are legitimate.

Another way to avoid a bitcoin scam is to keep all of your personal data to yourself. While you might wonder how harmful it is to give you your 2-Factor Authentication code or remote access to your computer away, you should never do this.

Just like you would never give away your bank account information, you should never disclose details about your cryptocurrency wallet to others.

How to spot fake news on cryptocurrency

A new form of promoting cryptocurrency and proliferating scams is fake news.

These fake news articles are created in the hope that gullible readers believe what is said about various cryptocurrencies, so that they will part with their cash.

The fake news articles are usually shared on social media, by, you guessed it, the scammers.

You might think it’s easy to spot fake news from the real deal, but often, these scam articles are written to imitate the larger news outlets so you might not even recognise the fact that they aren’t legitimate straight away.

The fake news articles about cryptocurrency will be riddled with ads that take you to websites that will request personal information and a small cryptocurrency investment in return for something.

Typically, there will be the empty promise of a significant financial return for your small cryptocurrency investment, though we all know that if it sounds too good to be true, then it probably is so steer clear.

How to Buy an NFT in Australia

What's the meaning of NFT and why it's so important Due to the quick advance of modern technologies, it is often difficult to stay up to date and be aware of every new term and feature. One particular abbreviation that has confused a lot of people lately is NFT. If you've been following the news, […] What Does NFT Mean?

Defining NFT and Their Uses In all things crypto, from the wild peaks and valleys of cryptocurrency valuations to shocking episodes of stolen wealth, no tech story has captured or kept the public's attention quite as fully as non-fungible tokens. To be clear, these digital artworks captured the world's imagination because of their high-dollar, high-profile […]

Resources For Learning About Cryptocurrency

Know Where to Look When You Want to Learn About Cryptocurrency Trading People who have even the slightest knowledge and experience with digital technology and financial trading and investing will have heard of some of the main cryptocurrencies like Ethereum and Bitcoin, which are both a cryptocurrency that you're lucky to come across when mining for crypto. There are […] FinTech: What You Need to Know

What Everyone Should Know About FinTech Bitcoin initially operated under a cloud of suspicion and distrust it never meant to create and never anticipated earning. When Satoshi Nakamoto mined the first Bitcoin in 2009, thus establishing the world's first blockchain, the system was meant to be as open, secure and democratic as possible. Conducting financial […]

Find Out Where You Can Learn More About Cryptocurrency and Blockchain Technology in Australia Cryptocurrencies have been gaining a lot of popularity over the past few years, with more and more public exposure since the release of Bitcoin in 2009. Today, the cryptocurrency market is valued at billions of dollars, and presents investors both big […] Learning the Ins and Outs of Cryptocurrency

A Beginner's Guide to Cryptocurrency "I do think Bitcoin is the first encrypted money that has the potential to do something like change the world." -Peter Thiel The hype isn't too much, and the value isn't overinflated; Bitcoin really will change the way we use money in the 21st century. In a virtual world, where […]