All You Need to Know about Electromagnetic Induction. Maybe you’d never have realised but, without electromagnetism, we wouldn’t be able to transport or generate electricity. It just wouldn’t happen. We wouldn’t be able to get the massive quantities of electricity we need across the country and into each of our homes. Think about that when you’re turning on the lights, boiling the kettle, or watching the tv.

Meanwhile, by the way, electromagnetism – that curious overlap of electricity and magnetism – forms the bonds of the universe. This is why we can’t really say that anyone ‘invented’ electromagnetism: it was rather discovered – and then calculated to be the force that holds together the different parts of the atom. It is responsible for chemical compounds – and it is also the force that produces light.

Electromagnetism, then, is everywhere. But, here, we are going to look at a particular phenomenon known as electromagnetic induction – the production of electromotive force through the presence of a changing magnetic field.

Don’t worry if that is not clear – because we’ll do a recap of all of the science that you need to know to understand this really quite amazing process. 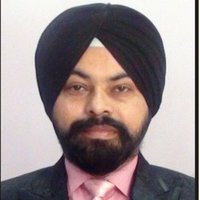 Let’s start with electromagnetism. What was this again?

In nonmagnetic materials, this doesn’t happen – with the electrons either being all paired or else completely random.

These ferromagnetic materials – like iron or nickel – are either magnetic at random or because they have been in contact with a magnetic field. And whilst these things are cool in themselves, they are not of handy as electromagnets – which can be switched on and off and which are much much more powerful.

And powerful magnets can do an awful lot.

An electromagnet, meanwhile, is a magnet powered by an electric current.

Electricity itself has a magnetic force. And whilst this is present even in just a simple copper wire – and, as we said, in all of the miniscule measurements of electric charge across every atom and chemical bond – scientists have found ways of making that force much stronger.

Generally, electromagnets use coils of wire, with each coil winding around a piece of metal – usually iron. This particular thing is called a solenoid. When there is an electric current flowing through this wire, the magnetic field produced is centred on the magnetic core, the piece of metal at the centre of solenoid. These electromagnets are super strong – and, as soon as you turn off the electricity, the solenoid stops being magnetized.

So, yes, really an electromagnet is really just a really strong magnet. However, this particular combination of electricity and magnetism is incredibly useful. And one of its most important applications is in electromagnetic induction – the productive of electromotive force (emf or induced voltage) through the movement of a magnetic field.

These magnets, then, produce electricity. Do you see why they might be useful now?

Check out our guide to magnetism and electromagnetism!

A Brief History of Electromagnetic Induction.

To best explain the process and importance of electromagnetic induction, let’s trace its history briefly. Let’s go back to the very first experiments that brought it to light – way back then in the 1830s.

At this point, we already had the horseshoe electromagnet, thanks to the invention of William Sturgeon – and we already knew that electric currents wielded a magnetic force of their own, due to the findings of Ampere and Oersted.

However, it was a man called Michael Faraday that discovered the principles of electromagnetic induction, when he conducted a little experiment published in 1831.

Michael Faraday has actually become one of the most influential scientists in history – with his work on magnetism showing how this force can affect rays of light, for example. However, his most influential experiment was that which discovered electromagnetic induction.

Faraday took an iron ring and, with two different pieces of wire, wrapped coils around opposite sides of it. When running an electrical current through one of the pieces of wire, he expected to see some sort of electrical charge or effect on the second piece of wire.

He therefore connected this second piece of wire into a galvanometer, a machine that measures electrical charges. And, lo and behold, when he turned the battery on and off on the first wire, the galvanometer showed an electrical charge. This, Faraday suggested, was due to the magnetic flux that passed through the centre of the ring.

This is why another of his experiments had him slip a bar magnet in and out of a coil of wire. Here, the same electrical charge was seen on the galvanometer with the movement.

Whilst Faraday did the practical work, his results weren’t met with much enthusiasm – as he didn’t present his findings in mathematical terms.

It was James Clerk Maxwell who, thirty years later, described what Faraday had shown mathematically. Maxwell’s equations have become the name of these laws which describe what happens in electromagnetic induction.

How Does Electromagnetic Induction Work?

So, what exactly is this thing that Faraday discovered? Simply put, the importance of this discovery was that changes in magnetic fields can induce electrical currents.

As we know, electrical currents have a magnetic field. This is what solenoids are all about. But, as Faraday did, if you interact with that magnetic field with another magnet, the potential or voltage of the electric current is changed.

If you were to move such a magnet in and out of a coil, you’d feel a fair bit of resistance. But with this resistance is produced the current flow. Speed up the movement of the magnet and the induced current will increase; strengthen the magnetic field and the same happens.

In this way, then, magnets can be used to turn kinetic energy into electric energy – as by moving the magnet, the current flows. This is precisely how things like generators work: they generate electricity through the movement of a magnet in a magnetic field.

Maybe you can see now why this was such an incredibly important discovery.

How Do We Use Electromagnetic Induction?

To clarify this phenomenon further, let’s take a look at one of the major technologies that applies it. That’s the electric generator, a tool that is really incredibly common. From power stations – in which fuels are burned, say, to power the magnetic field – to cars and teeny-tiny motors in all sorts of different equipment, these things are everywhere.

Electrical generators work by producing a magnetic field in which other magnetised coils are moved.

As one side of the rotating coil moves upwards, a positive current is induced. As it moves back downwards, its opposite occurs. Consequently, you get a current which is constantly changing.

In a DC generator (direct current), there is a mechanism that means that the movements in the magnetic field are reversed – so there is no alternation.

AC is much more common in massive electrical contraptions. That’s because it is much easier to transport than DC: you can up the voltage whilst having a small current.

But, given this high voltage, you need transformers for this current to be usable. And you can learn all about transformers in our article here.