Are Aliens Real? Yes – Of course there’s Life on Other Planets. BlogAcademiaPhysicsIs there Alien Life in the Universe?

The question of life existing somewhere beyond our planet Earth is one that has focused minds for centuries. Whilst the idea gained currency after the so-called Copernican revolution – back in the sixteenth century – there is evidence that even the ancient Greeks were considering the idea of alien life millennia ago.

It’s an idea that has fascinated us – we humans who have always lived our lives as the strongest creatures on the block. The notion that there are other forms of life with greater intelligence than ours, living somewhere in the more than a hundred billion light years of the universe, fills us as much with horror as it does with excitement.

However, the universe, as you’ve just seen, is pretty damn big. We can’t even imagine the distance of a light year, let alone a hundred billion of them. And this, really, this is the main argument in favour of the hypothesis that humans are not the only intelligent life in the universe.

Think about it. The chances of there being only one habitable planet in all of this massive space is teeny-tiny. If there can be life here, why can’t there be life on another planet too?

Well, indeed. This is why astrophysicists are so excited about the possibilities for life in another part of outer space. And whilst we might not be talking about little green men and Martian UFOs, something that we can say is living is almost certainly somewhere out there.

Here, we’re going to have a look at some of the most fascinating aspects of the discussion around alien life. And if you have any more, just ask.

Find out everything about astronomy - and the differences between cosmology, astrophysics, and astronomy! 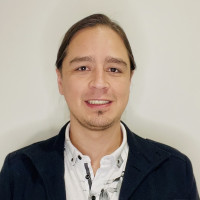 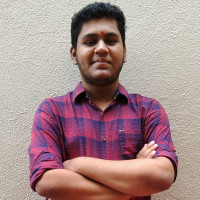 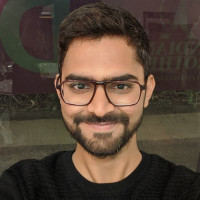 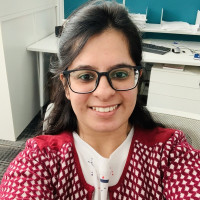 Have We Ever Seen Alien Life?

As a kid, you’d often go around the playground asking each other, ‘do you believe in aliens?’. And certainly, amongst everyone in your school, there’d be one person who would claim to have seen them.

Lots and lots of people have made such claims. From those who claim to have been abducted and examined medically by extra-terrestrial life, to those who report seeing ‘flying saucers’ and other types of UFO sightings, there have been thousands of supposed sightings of aliens. However, pretty much all of them remain unconfirmed – or can be explained by other means.

This has never stopped anyone believing in these things, however. And there is almost no chance that you will have missed out on the major conspiracy theories relating to aliens. From Area 51, in Nevada, USA, housing the ruins of unidentified flying objects, to governments around the world suppressing information regarding aliens, there are plenty of them.

All of this comes from that original fascination with aliens. And modern scientists and writers have sought all over the world for further evidence of human contact with life beyond earth.

One of the most enduring controversies around alien life is in the interpretation of ancient texts and artworks. Some people claim that evidence of ancient human contact with aliens is evident from cave paintings in Val Camonica, Italy, from the hieroglyphs on the Egyptian pyramids, and from ancient Japanese figurines.

Indeed, some have even suggested that our modern day religions were born through contact with the extraterrestrial – with the idea of a god coming from the awesome power of some life beyond our planet.

All of this, however, is speculation.

Find out about the major milestones in astronomy!

What Actual Evidence Do We have for Extraterrestrial Life?

The most important question for any astrophysicist interested in the hunt for alien worlds regards the proof of alien life: what actual scientific evidence do we have that aliens exist?

And the answer to it may well be a disappointing one. There isn’t any conclusive evidence that points to the existence of life anywhere in our solar system, the Milky Way, or anywhere else in our universe either.

What Maths Suggests about the Chance of Alien Life.

The primary evidence for that we are not alone in the universe is a logical one – that the chances that there is only life on Earth in the whole of the universe is extremely slim. There are thought to be about forty billion Earth-size planets in the Milky Way galaxy that are in the habitable zone of stars.

And whilst this doesn’t mean that any of them have the right conditions for life, there’s quite a high chance that one of them might – even if we don’t recognise its life as life (see more on this below). And that forty billion are only those planets that are in our galaxy. There’s a lot of space left beyond the Milky Way.

The Drake Equation, proposed by Frank Drake in 1961, comprises the different numbers that are needed to calculate the chance of life in the Milky Way. And whilst these are hugely disputed, it seems more likely than not that there is – or there has been – life elsewhere.

Learn about our solar system!

The Case of Mars.

Mars has always been the planet most commonly associated with the search for extraterrestrial life. And that’s simply because it’s the closest to us.

Yet, there have been a whole load of recent breakthroughs that suggest that, yes, indeed, Mars may well have had the conditions that make life possible.

These include water – with the 2013 NASA mission to the Red Planet suggesting that there was once a large freshwater lake there. There is also evidence of river beds, polar ice caps, and minerals that depend on the presence of water.

These days, NASA is putting a lot of effort into their missions to Mars, looking for evidence of fossils and organic carbons.

Why is Water Important in the Search for Alien Life?

The search for water on Mars has taken up a lot of our research into the planet. And you may well wonder why.

What we know about life on Earth is that it depends on water. Water makes up what we are chemically – and the chemical reactions that produce us are heavily dependent upon the relationship between water and solvents.

Whilst there is the trouble that life could exist in a gazillion different chemical ways across the stretch of the universe – and that the search for water is based only on our experiences of our own life – water makes a pretty good starting point for science. Go with what you know, as they say.

Which brings us to our next question. Scientists have to go with what they know when doing their research into the possibility of alien life – and into the possible habitability of other planets. This is pretty much the basis of how science has always worked.

As such, the search for life has developed from the study of planets that are most like ours. They might be at a similar place as we our to our sun. They might be of a similar size. Earth-like planets might, as we have seen, have water on them.

These are the most likely places that aliens would live in the universe. And this is where scientists look for signs of life. Europa – one of the moons of Jupiter – is one such place that is thought to be potentially habitable.

Find out about the life cycle of a star!

Why Can’t We Find Aliens?

This is not the fairest of questions, honestly. Because, in the great scheme of things, we haven’t really been looking for aliens for very long at all.

A better question might be what might prevent us from finding aliens? Or even, why haven’t we found aliens so far? Both are good questions, but they are the sort of questions that have a million possible answers.

The most likely answer is that, given the age of the universe and given its size, there is really very little chance that any aliens we might meet would be on the same historical trajectory as we are.

They might still be just little microbes – or they may well be hugely technologically developed and are even now flying around the universe in machines we couldn’t possibly understand.

Other theories suggest that many potential places for extraterrestrial life are in subterranean lakes, like on Europa. It may well just be pretty hard to physically see these things – even if they are there.

Would We Even Recognise Alien Life if we Saw it?

The most important point remains: would we even know an alien if we saw one?

As we’ve said above, human science is based upon what we know – and a methodology such as this will only produce results that we can recognise.

However, the truth is that life may be living all over the place in forms that we just don’t recognise – as we believe life to be this thing.

In that case, we may never find aliens at all.