Learn Tennis from the best

Tennis Lessons for All Levels in Canberra

BlogHealth and FitnessTennisLearn Tennis In Canberra

It's good when you're out there on a tennis court. There's nowhere to hide. It's all you, tactically, physically, mentally.

Born in Canberra and currently dividing his time between the capital city of Australia and Melbourne, Nick Kyrgios is, at times, a somewhat outspoken and controversial Australian tennis player who still, nonetheless, has a huge following of fans. Many children have wanted to have a go at tennis lessons after watching Nick play and being inspired by his skills on the court.

After playing the game since he was six years old, Nick turned professional in 2012 and is a former world junior number one and has six ATP titles under his belt. Aside from his tennis skills and other 'antics' on the court, Nick Kyrgios is becoming known for his generosity, having donated $200 to bushfire relief support for every ace he served in the 2020 Australian Open and other summer matches (the final tally being $33,800) and his work with the MK Foundation.

Whether you're inspired by Nick Kyrgios or another Australian or international tennis player, you're probably reading this because you're keen to find out more about where you can learn tennis or get some coaching.

For readers in other areas of Australia, we'll start with some information about the professional world of tennis — because everyone has to dream, right? Then we'll move on to the specifics of playing tennis in Canberra, including the best places for tennis lessons and information about tennis for kids as well as adults. 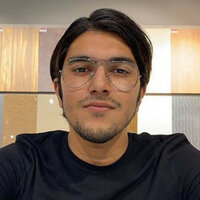 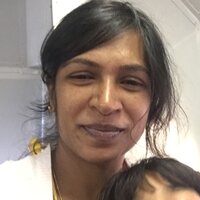 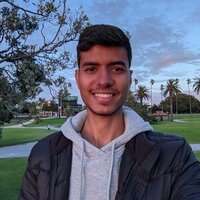 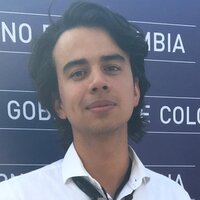 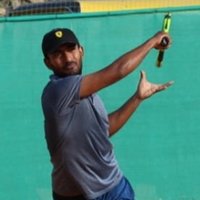 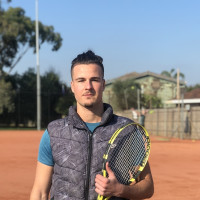 What is the Grand Slam?

The Australian Open is held in late January (most years) in Melbourne, at Melbourne Park. Major matches are played on the two main courts, named after Australia's two Grand Slam winners, Margaret Court and Rod Laver.

The French Open is held in Paris from late May through to early June. All matches are played on the clay courts of Roland Garros.

Wimbledon takes place from the end of June to early July in Great Britain. Games are played on grass courts.

The US Open takes place at Flushing Meadows in New York. It is held from the end of August to early September and played on hard surface courts.

To win a career Grand Slam, a player needs to have won each of the four majors throughout their tennis career. There is also the Golden Grand Slam, Super Slam and Three-Quarter Slam.

However, the coveted title is the calendar Grand Slam, in which a player has to win each of the tournaments within a calendar season — not an easy task considering how close the tournaments are to each other. Only five players have won the Grand Slam in an individual year — all in singles tennis. They are:

Where to Find Tennis Lessons in the Capital

In a 2017 study, the Australian Sports Commission showed that the ACT (Canberra and surrounding regions) was the sportiest state in Australia with 85 per cent of adults playing club sports each week. While tennis was not at the top of this list, it was well entrenched in the top ten most popular sports in Canberra and reached position five in the list of popular children's club sports.

Unsurprisingly then, there are multiple locations throughout Canberra where keen players can hire a court to have a hit, play social or league tennis or receive either private or group coaching. We've put together a list of a few of the best locations for tennis in Canberra to get you started.

Housed at the Canberra Tennis Centre, Tennis World is one of Canberra's largest tennis facilities with a total of 32 courts, including 8 hard courts, 12 clay courts, 4 synthetic grass courts, 4 mini-courts for junior players and an indoor tennis centre with 4 Plexicushion courts.

Children and adults of all playing levels, from the absolute beginner to advanced players, are catered for through a wide range of activities and coaching sessions. These include:

Operating since 1985, the Canberra Tennis Academy has been involved in coaching thousands of Canberran adults and kids. Children as young as three years of age can join in the fun of the game where the focus is on motor skills development, confidence and coordination. As players get older, the focus continues to shift to the development of technical, tactical and physical skills.

Both adult and children classes are kept small, with no more than a 6:1 ratio of players and coach. Of course, the Canberra Tennis Academy also provides private coaching, school holiday programs and ball machine hire.

With four locations throughout Canberra, CSOT is well established with a good reputation for excellent coaching, having won the Tennis ACT Coaching Excellence awards several times. Programs offered by CSOT include:

For other tennis centres and club coaching programs, check out the Tennis Canberra website or Google tennis Canberra.

Tennis for Kids in Schools and Clubs

Given the popularity of tennis with kids of all ages, many of the tennis clubs in Canberra focus on lessons for kids.

The Canberra Tennis Academy, mentioned in the previous section, has a particularly comprehensive program, with lessons starting with children in the 2 years to 4 years bracket and moving up in five increments to the 9 years to 16 years 'advanced' bracket, after which students can continue with adult lessons. From the age of eight, advanced skills students can enrol in the competitive squad development program as well.

ANZ Hot Shots is the children's program used by many of the tennis clubs in Canberra. In Hot Shots tennis, the size of the court is smaller and the equipment is modified (lighter racquets and lower nets) to make it easier and more fun. The program is designed for children from three years of age through to twelve and consists of four stages of development.

Primary and secondary schools in Canberra can apply to be part of the partner school program with ANZ Hot Shots and Tennis ACT. This program offers professional learning for teachers, funding for equipment, school-based tennis lessons and school competitions.

Other Options for Tennis Coaching in Canberra

Despite the prevalence of tennis coaches and courts in Canberra, you may still find it difficult to find a club that suits your schedule or a coach that suits your budget and personality. But, you want to learn to play tennis, or improve your existing skills, so what do you do?

Were you aware you can engage a tutor for tennis lessons?

Furthermore, were you aware that it is possible to receive tennis coaching online?

You may find the former much more believable than the latter but, in fact, both are true with Superprof.

There is a Superprof tutor for every subject, from the highly academic to totally recreational, on the Superprof platform — and this includes tutors for a wide range of sports.

With the spread of the pandemic, and multiple lockdowns and restrictions, many of our local fitness centres and trainers have taken their training sessions online. It's not ideal, and it's very different from what we're used to, but it works. The thing is, Superprof tutors have been offering online classes and sessions for years so these strategies are nothing new to them.

So, if you can't find a private tennis coach in Canberra, you might be able to find one in Brisbane or even over on the west coast, in Perth.

Not only do you have more flexibility with scheduling, but the lessons are also often much more budget-friendly and, best of all, the first lesson is usually free. You can try before you buy — particularly handy if you still doubt that online tennis coaching can even work.

Go on. Get out there and give it a go.