“I cannot forecast to you the action of Russia. It is a riddle wrapped in a mystery inside an enigma; but perhaps therec is a key. That key is Russian national interest.” - Winston Churchill

Whether it’s to keep up with local events, national events, or for fun, Russian radio is the best way to keep in touch with the Russian-speaking world. There are over 135 Russian radio stations that are broadcast internationally!

Do you know the Ostankino Tower?

It was built in 1967 in the north of Moscow to broadcast Russian TV and radio signals and now can be visited.

While other types of media mightn’t be Russia’s forte, Russian radio is very diverse. In this article, we’re looking at the best radio stations to tune in to if you want to learn more Russian or more about Russian culture. No matter what genre of music you like or the type of listener you are, there's plenty to listen to. Additionally, most radio stations have a website where you can see what's on air, listen to the radio online (web radio), find streams, etc.

You can follow up on all events from Russian radio if you take an online Russian course. 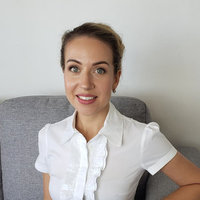 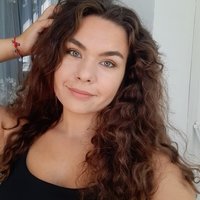 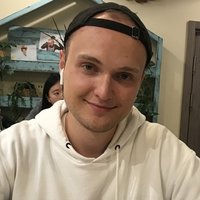 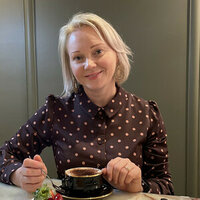 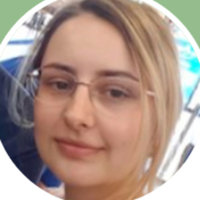 You won’t miss a beat by listening to local Russian radio, especially stations that only operate in certain towns or cities. These stations will help you get local news and information on local events, even if you're not there, thanks to online radio stations.

Founded in 1995, Radio Russia is a private radio station operating in the Russian Federation. It also broadcasts in the Caucasus, Belarus, and the Baltic States. In Moscow, you can listen on 105.7 or online.

While it mainly plays music, there are local elements. You can also learn about Russian stars, fashion, or the winners of the Golden Gramophone Awards, which take place each year at the Kremlin!

Their slogan is none other than "Все будет хорошо!" (Everything will be fine!)

If you’re walking around Moscow and you happen to hear a song but don’t know what it is, you can go on Moskva FM and search around 50 different Muscovite radio stations.

There are plenty of tabs grouping different types of stations together and you can find: Europa Plus, DFM, typical Russian radio, the Top 100 songs being broadcast in Russia, etc.

Moskva FM, which has an online platform, can be accessed anywhere in the world to find out what’s going on in Moscow.

Similar to Moskva FM, but for Saint Petersburg. In total, there are around 30 local radio stations available on this platform.

You should know that Piter is the nickname for the city after its founder, Peter the Great. With tonnes of Russian programmes, this is a great way to practise your listening, especially if you struggle to read the Cyrillic alphabet.

Local radios aren’t the only famous Radio stations in Russia. Whether it’s the president’s favourite station or old stations from the Soviet era, there’s something for everyone. Here are some of the most famous ones.

If you love radio or podcasts, you'll be happy to know Russia also has a good number of talk radio stations for those that offer information.

Launched in 1993, this radio station broadcasts in both English and Russian and is one of the most popular stations in the capital with 11.6% of listeners choosing it in 2017.

AvtoRadio literally translates to “car radio”, this is why most of the programming is for motorists. The programming consists of 10% speech (traffic, security, etc.) and 90% music.

This broadcaster focuses on information and debate and was created in 1990. “The Moscow Echo” broadcasts 24/7 covering a range of different topics including the Orthodox Church, news, immigration, economics, the Russian army, etc. There are guests on to talk about literature, culture, and the government, too.

It should be noted, however, that Gazprom has a 66% stake in the company.

This is one of the oldest radio stations in Russia which started broadcasting during the cold war when Russia was the USSR. Founded in 1964, it was the main way for the state to communicate with the people. This station is popular as it remains very patriotic.

Today, Radio Mayak broadcasts music, talk shows, and debates. It’s the leader of Russian-speaking radio. If you need to know what Vladimir Putin, the Russian president, is up to, this is the station you'll need to listen to.

Whether you’re a Russian in London or a Brit in Russia, listening to Russian music has never been easier thanks to live radio stations that are also available online.

If you want to listen to music from Russia, Russian radio is the place to hear it. You can listen to the music stations playing blues, country hits, techno, classic rock radio, chillout, easy listening, classical music, pop hits, reggae, oldies, or smooth jazz, on commercial-free stations with news and talk.

While every radio station claims to play the best radio, you're bound to find something that's being broadcast live that plays something you like.

The station is the official partner (and one of the main organisers) of the “Nashestvie” music festival that takes place each year in the Moscow region.

The Radio Baltika station is completely independent. It was founded in Saint Petersburg in 1990 and plays jazz, retro, house, rock, making it very popular among young people. It also includes a variety of programming.

You’ll hear both Russian and English music on this station. As its name would suggest, it also broadcasts in the Baltic States of Latvia, Lithuania, and Estonia.

If you’re looking for authentic Russian radio, you should check out this station that has plenty of different music programming. It literally means “Russian songs”.

Learning Russian while having fun is one of the best ways to learn the language and there are few better ways than through listening to classics and new hits.

From the Baltic Sea to the Black Sea, the Russian culture is widespread, especially in terms of entertainment, be it through comedy, shows, or debates and Russian-speaking entertainment radio is listened to in Ukraine and Eastern Europe.

Founded in 1990, this groups acronym translates to “All-Russia State Television and Radio Broadcasting Company”. It’s one of the leaders in terms of entertainment radio in the country, offering programmes in the 53 official languages of the country.

Their 5 radio stations are:

As it's owned by the state, VGTRK also has transmitters in other Russian cities such as Sochi, Tver, or Smolensk.

With programming for the social elite, Radio Monte-Carlo offers entertainment programming for high-income listeners. In fact, the programming is generally about travel, auctions, and celebrities. The big international events are also broadcast on this station. This station is available in Europe and the US as well since its listeners are from all over the globe.

In fact, few Russians listen to this station but it is globally known because it’s the preferred radio station of famous Russians and politicians like Dmitry Anatolyevich Medvedev.

Anekdoty is a popular Russian comedy station. It gets comedians in to tell jokes and anecdotes about daily situations. It’s a bit like the Fringe if it was constantly on the Radio. As you may have guessed “anekdoty” is the Russian for “anecdote”.

It’s a nice getaway from traditional radio stations that all tend to have a slight patriotic slant to them as they’ll occasionally throw on a classic Russian song or an advert that references Russia’s great power. Anekdoty is an independent radio station.

There are other stations worth your attention such as Novoe Radio, Kino Radio (for cinephiles), or even The Voice of Russia. We could also mention information stations like Kanal 1, Kanal 2 (a bit like BBC Radio 1 and Radio 2), but nowhere near as iconic in the country.

So which stations are you most interested in? Where are you going to set your dial when you next decide to practise Russian?

Whether you're listening to an internet radio station, an online radio station, streaming radio, etc., you can listen to any kind of music: classical, top 40, a Russian podcast, and live radio for free. A lot of the FM radio stations can also be accessed online and are streaming music and audio 24/7...

You can access radio on your phone with an FM tuner, put together a playlist of Russian songs, stream free internet radio stations, or even access Russian public radio. It's amazing what you can do with modern technology and a radio app!

While you can still listen to AM radio, if you have a decent data connection and a radio player on your phone, you can listen to internet radio streaming from almost anywhere in the world. While Americans can get Sirius XM for streaming audio in their car, we Brits may need to wait a while for this service!