Weary travellers often missing home will always be able to find comfort in finding some Mexican comfort food wherever they are.

In the US only, at least 54,000 Mexican restaurants share roughly 10% of the hospitality market. In the UK, a 2015 consumers survey showed that at least 30% of Britsh families had bought or tried Mexican food in the past year.

The trend was only confirmed by the openings of chain restaurant branches all over the country. Make no mistakes; Taco Bell did not decide to open its second Scottish branch because the first one was not doing well. On the contrary, the brand has experienced an extraordinary come back since 2010, after completely withdrawing from the country in the 1990's.

Another up and coming trend is home cooking. Why spend your hard-earned pounds on fancy restaurants when you can cook it yourself? The best thing about many Mexican dishes is that they are extremely simple to prepare.

So if you'are planning on throwing a dinner party, look below for some excellent Mexican recipes which will wow your friends. 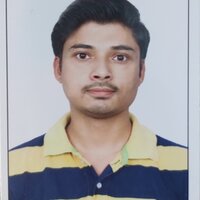 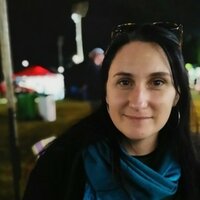 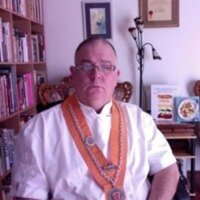 Avocados have been cultivated by Mesoamericans for about 3000 years and even if historians and archaeologist won't be able to tell you when Guacamole was invented, what is for sure is that the dish existed when the Spanish conquistadors arrived in the valley of Mexico in the 16th century.

Even though the type of avocado you will most likely find in your supermarket these days (the Haas type) is not the one native American cherished, guacamole is still a favourite of Mexicans, Americans and Europeans alike.

Merely meaning avocado ("guaca") sauce ("mole") in the Nahuatl language spoken by the Aztecs, the original recipe consisted in mashing ripe avocados and sea salt with a mortar and pestle.

The Guacamole recipe below is easy and fast to prepare.

Cut the avocado and remove the skin

Mash the avocados with a fork

Cover with plastic and chill to store

Corn salad or esquites, as it is known in Mexico, is one of the country's favourite traditional recipes and is often served by street food stalls during festivals such as the Fiesta de Cinco de Mayo.

Cut the corn off the cob.

Heat the oil and add the corn. Cook for 3 to 5 minutes.

Let the corn cool in a bowl and add the rest of the ingredients. Stir.

Garnish with cheese and cilantro.

Tamales were eaten in Mexico as far as people can remember. The dish was already prepared by Aztecs, and since corn was sacred in the Mesoamerican culture, the meal was often reserved for holy occasions. Today it is one of the favourite food prepared and eaten during the Dia de Muerto celebrations.

Find out how tamales and other favourite dishes have been changed to satisfy the world's most demanding palates...

You will find an authentic Mexican tamales recipe on here. But Mexican cuisine loves variations, and you can cook this dish with basically every ingredient you want: try Tamales with Tomatillo Salsa, Pork Tamales Rojos or Tamales con Salsa Verde y Pollo.

This customary Mexican dish is one of the native's favourite. The name of the dish comes from the Spanish verb "enchilar" meaning "to add chilli pepper".

Tortillas were already used by Mayans who rolled their food in it instead of using cutlery. Enchiladas uses corn flour tortillas rolled around a filling and covered in a chilli and tomato sauce. Typical fillers include meats cuts, cheese, beans or vegetables.

This dish was included in the very first Mexican cookbook ever published in 1831.

There is a lot of different variations for this dish so try one of these enchilada recipes: Chicken Enchilada in Tomatillo-Cream Sauce, Hatch Green Chile Enchiladas, Enchiladas con mole, Enchiladas montadas or Enchiladas San Miguel.

Try also some of these tasty Mexican desserts...

One more Mexican dish using tortillas is a dish know all around the world; Mexican tacos. Mexican and foreigners alike love to decline tacos in shapes and ingredients.

There is two main kind of tacos: soft shell and hard shell.

Soft corn tortillas were consumed by the Aztecs for hundreds of years, and the fillings you will find in those will significantly depend on where you are in Mexico (or in the world).

For instance, if you are just South of the California border in the Mexican state of Baja California, you will probably see tacos de Pescado (fish) or tacos de Camarones (shrimp) being the most commonly sold tacos on street food stalls and in restaurants.

If you stay in northern Mexico, but this time south of the Arizona or New Mexico borders, it is more likely that your tortilla piece of heaven will be filled with beef, the favourite type of protein in these parts of the country. Carne asada (steak), barbacoa (slow-cooked beef) or lengua (beef tongue) tacos are all specialities of the border states of Sonora, Chihuahua and Coahuila.

Head South of Mexico, past the Tropic of Cancer, and you will be served tacos filled with pork, chicken, vegetables or all sorts of seafood.

The hard shell taco, on the other hand, is a very recent invention since it was created by the famous American Mexican restaurant food chain Taco Bell. The fried tortillas were ideal for such operations as it kept longer and made tacos easier to prepare.

Why not attend a few Mexican food cooking classes so you too can make these traditional dishes?

Salsa is the Spanish word for sauce. But the sauce Mexicans chefs prepare to go along their food is derived from ancient Mayans traditions.

Mexico as at least as many salsas as it has states however the most common salsa sauce served along Mexican dish is Pico de gallo (meaning rooster's beak). This sauce is also known as salsa fresca (fresh) in the US and just as salsa in the UK.

This condiment is usually prepared with chopped tomato, onion, coriander, fresh serranos peppers, salt, and lime juice. A classic and easy recipe is this one. Very quick to prepare, this salsa goes perfectly with some homemade nachos chips.

Another crucial Mexican cuisine sauce is mole sauce (merely meaning sauce in Nahuatl, the language of the Aztecs).

Two states fight for the ownership of this traditional seasoning: Oaxaca and Puebla.

Puebla is particularly famous for its Poblano sauce. This mole is made of at 20 ingredients or so, but the two most important ones are chilli peppers and chocolate. Chocolate is used to soften the spiciness of the chilis, and even though it does not dominate the overall taste of the sauce, it gives it its characteristic dark colour.

Mole Poblano is usually served with meat cuts at special occasions such as weddings, birthdays, baptism and over the Christmas period. It is also one of the special treats consumed during Cinco de Mayo, an important celebration in Puebla.

But if you head to the neighbouring state of Oaxaca, which Mexican have baptised "the land of seven moles" you will be served very different variations of this typical sauce: mole negro, Colorado, Amarillo, Verde, chichilo, coloradito, and mancha manteles.

The favourite of the local has been mole negro for centuries now. This sauce is even darker than the one prepared in the state of Puebla. Using ingredients alike to the one used for Mole Poblano,  what makes Mole Negro unique is the addition of hoja santa, an aromatic herb that grows wild in the region and that has been part of the native cuisine for as far as people can remember.

Mole Negro is often described by cooks as the most complex and challenging moles to make as getting the perfect balance of all the flavours is a finicky trick.

One more dish that you should try to make if you love Mexican food is Pozole. This dish is very ancient, and it is said that it was used for religious ceremonies at the times of the Aztec Empire.

Three variations of the soup are traditionally made:

Pozole is usually served with a series of condiments (chopped onion, shredded lettuce, sliced radish, cabbage, avocado, limes, oregano, tostadas, chicharrónes, or chiles) which everyone can add or not, to taste.

As winter is coming, practice your favourite Mexican recipes and be ready for the long and cold nights.  So to your aprons and pans, let the cooking begin with Superprof's guide to Mexican cooking!