Top Ranking International and Australian Chefs You Should Know

If you want to become a great chef, you have to work with great chefs. And that's exactly what I did.

You might even have your personal favourite, perhaps based on their creativity (Heston Blumenthal), their personality (Poh Ling Yeow) or because you love their cooking books and food (Adam Liaw).

Then there are the official culinary greats — the chefs who other chefs and home cooks aspire to be like; whose restaurants we long to experience (if we could ever get a reservation) — the Michelin Star chefs.

Who are they? How do they get a Michelin Star? Are there any Australian chefs who are Michelin starred?

Keep reading to find out more. 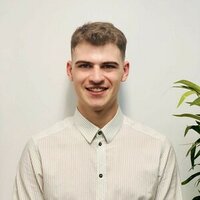 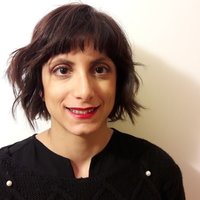 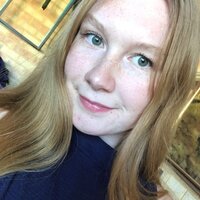 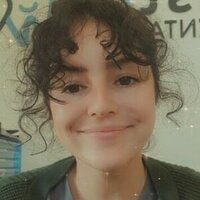 What is a Michelin Star?

Here's a fun fact you may not know — Michelin is actually a French tyre company. What do tyres have to do with chefs, food, cooking, cuisine and restaurants? The Michelin Guide was originally published in 1900 as a list of mechanics, restaurants and hotels as a way to help drivers during their travels.

In 1926, the focus of the Michelin Guide turned to restaurants and the upper-class hotel. The star system was introduced over the next seven years with any restaurant able to earn up to three Michelin stars as follows:

Unlike most other star rating systems, Michelin Stars (or Michelin Star chefs) are not voted on by restaurant customers and are not about being a popular or famous chef. A team of 'secret diners', known as Michelin Inspectors, visit restaurants and assess their dining experience. While the exact criteria are unknown, Michelin is all about the food — ingredients, cooking techniques and taste — rather than the decor of the restaurant itself. Stars can be awarded or removed — with both announcements serving to elevate the career of the chefs involved. Gordon Ramsay, for example, is better known for having lost a Michelin star than being awarded seven.

There are a number of chefs who have been awarded Michelin stars not just once, but multiple times. How many do you know from this list of living Michelin star recipients?

The king of French cuisine, Alain Ducasse, currently holds 17 Michelin Stars. He's owned 36 restaurants throughout his career and is also famous for being the only chef to have sent his food into space.

Also a French chef, Pierre Gagnaire was awarded the first of his stars at the age of 26.

Martin Berasategui has more stars than any other Spanish chef. He was awarded his first star at the age of 25, in his first restaurant (which has also been on the Top 50 Best Restaurants list for 6 years).

Another French chef, Yannick Alleno owns 18 restaurants across the world, with one of them being the oldest restaurant in Paris.

French chef, Anne-Sophie Pic, has 5 restaurants — each of which have been awarded stars. Interestingly, Pic has no formal culinary training, having taken over the family restaurant in 1997 after her father's death.

This position is shared by five chefs — one from the UK (Gordon Ramsay), one from the US (Thomas Keller) two from Japan (Yoshihiro Murata and Seiji Yamamoto) and one from Switzerland (Andreas Caminada).

Out of these top ranked chefs, several have also achieved celebrity status owing to their TV appearances — Gordon Ramsay (arguably the most famous, and most controversial, celebrity chef in the world) and Heston Blumenthal (lauded for his culinary genius at blending scientific experimentation with food that wows all the senses).

'Chef of the Century', Joël Robuchon, passed away in 2018 with 28 Michelin Stars to his name. In his career, this French chef (who was the famous hot-tempered mentor of equally hot-tempered Gordon Ramsay), was awarded no less than 31 stars.

Yes, you read that correctly — there are no Australian chefs or restaurants that have Michelin Stars but this has nothing to do with the skill level of our chefs, the calibre of Australian restaurants or the quality of our cooking. The reason is simple — the Michelin Guide only covers Europe, America and Asia.

Australia does, however, have a ranking system that is close to the Michelin Guide — the Australian Good Food Guide Chef Hat Awards. Under this system, using similar criteria, a restaurant is allocated points, then awarded 'Chef Hats'. These hats correspond to the Michelin system as follows:

There are a number of chefs with hatted restaurants in Australia who also have starred restaurants in other countries, including Tetsuya Wakuda (two-hatted Tetsuya's and two starred Waku Ghin in Singapore).

Any list of popular chefs is going to be highly subjective. A quick internet search of popular chefs in Australia brings up a host of different lists, some of which are clearly influenced by media promotion, including TV shows such as MasterChef and My Kitchen Rules, or by state.

There are, however, some names that appear on every list so we've decided to compile our own Top Ten list according to repeated list appearances (plus a little personal bias). In no particular order, here's our pick of the top ten chefs in Australia:

A Few Cooking Tips and Tricks from the Best

Most chefs have their own culinary secrets or cooking tips and tricks they keep up their sleeves — secret recipes, secret ingredients, specialised (secret) techniques. In the pre celebrity chef days, these secrets stayed with the chefs but with the huge influx of chefs who have their own TV shows, their secrets are being shared with the general public.

Get yourself into the kitchen and elevate your dishes with these cooking tips and tricks from some of our favourite chefs:

Popular London based chef, Yotam Ottolenghi, reminds us not to throw away the rind of our parmesan cheese. Instead, throw it in your soup, risotto or stew to give these dishes an umami flavour boost.

Curtis Stone's meat recipes are legendary and he offers this simple tip — sprinkle salt and pepper over your meat from a height, before and during cooking. Use more than you think you need to.

Most people mix up their salad dressing ingredients then tip the dressing over the salad. Damien Pignolet says to reverse this by making the dressing in your salad bowl, with minimal oil, then putting the salad over the top.

Food is life, life is food. If you don’t like my approach you are welcome to go down to McDonalds.