A Short History of Mount Fuji There are a few things that will make almost anyone think of Japan. In addition to samurai, geishas, manga, and sushi, there’s one geographical feature that makes everyone think of The Land of the Rising Sun.

Mount Fuji, Japan’s sacred mountain, is a symbol of Japanese culture and one of the world’s most recognisable mountains. It’s a UNESCO World Heritage Site and hikers and tourists alike can get there quite easily from Tokyo.

In this article, we’ll look at the history of this divine mountain. From its geological origins as well as its historical and cultural origins, here’s what makes Mount Fuji capture the Japanese imagination. 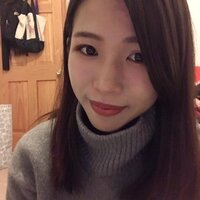 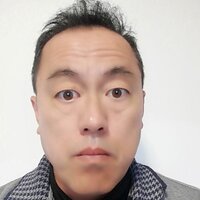 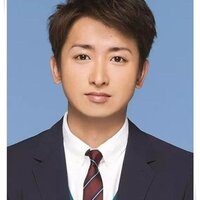 Mount Fuji is without a doubt symbolic of Japan; you can see it everywhere from postcards to movies. This is hardly surprising given its status as an important religious landmark.

The mountain is about 60 miles to the south-west of Tokyo on the island of Honshu and the highest point of Japan at 3776 metres. Mount Fuji is an active volcano and the summit is a crater that has erupted many times in the past.

Mount Fuji is an important place in Japanese religion. It’s often known as Fujiyama and Fuji-San (Mr Fuji). It's worshipped as a god (kami) in Japan and its volcanic activity symbolises the earth, sky, and fire. Thus, plenty pilgrims make the journey to the summit of Mount Fuji either on foot or in the cable car. From the foot of the mountain to the summit, there are plenty of shrines and hot springs warmed by the volcanic activity of Mount Fuji.

Mount Fuji has been classified as a UNESCO World Heritage Site as “Fujisan, sacred place and source of artistic inspiration.”. Here’s its UNESCO entry:

“The beauty of the solitary, often snow-capped, stratovolcano, known around the world as Mount Fuji, rising above villages and tree-fringed sea and lakes has long been the object of pilgrimages and inspired artists and poets. The inscribed property consists of 25 sites which reflect the essence of Fujisan’s sacred and artistic landscape. In the 12th century, Fujisan became the centre of training for ascetic Buddhism, which included Shinto elements. On the upper 1,500-metre tier of the 3,776m mountain, pilgrim routes and crater shrines have been inscribed alongside sites around the base of the mountain including Sengen-jinja shrines, Oshi lodging houses, and natural volcanic features such as lava tree moulds, lakes, springs and waterfalls, which are revered as sacred. Its representation in Japanese art goes back to the 11th century, but 19th century woodblock prints of views, including those from sand beaches with pine tree groves have made Fujisan an internationally recognized icon of Japan and have had a deep impact on the development of Western art.”

If you travel to Japan, you have to see it. Furthermore, there’s the rich history behind it.

Find out more about Mount Fuji.

The History of Mount Fuji

This was around 3,000 years ago but around 2,300 years ago, the eastern face of the volcano collapsed creating the Hoei-Zan on the south-east of the mountain. The mudflows flowed down to the Gotemba area which is why it was called the Gotemba mudflow.

Mountain Fuji has been considered a sacred mountain since the 7th century. In the Shinto religion, the emperor gave the order to destroy its summit to release the elixir that it contained. The smoke escaping was this elixir.

Mount Fuji is also home to Konohanasakuya-hime, the goddess of Mount Fuji and all volcanoes. This is why there are several shrines on the mountain.

Find out more about the cost of visiting Mount Fuji.

Eruptions of Mount Fuji through the Years

There have been several major eruptions at Mount Fuji. The first of these major eruptions took place in the Jogan era in 864. This eruption covered the northeast of the volcano with huge lava flows separating the Lake Senoumi into the Saiko and Shojiko lakes.

There were sixteen recorded eruptions between 800 and 1083 during the Heian era. Periods of inactivity at Mount Fuji can last for centuries like between 1083 and 1511.

The most recent eruption was recorded in 1707 in the Hoei era. This was known as the great Hoei eruption and took place 49 years after the Great Hoei earthquake, one of the biggest earthquakes to have ever hit Japan. This created three new volcanic vents. This eruption caused lava flows and spread volcanic ash across the Edo region (now Tokyo) sixty miles from the volcano. This was a 4 on the Volcanic Explosivity Index.

Since the last eruption, earthquakes are monitored, with the last one of note being a 6.4 on the Richter Scale in 2011. These natural catastrophes haven’t stopped the Japanese from regularly climbing the mountain.

Find out how to plan a trip to Mount Fuji.

Mount Fuji is only open two months of the year: July and August. During many Japanese and international tourists head up the summit to see the UNESCO World Heritage Site.

Thus, many people head up the mountain at night so they can enjoy the sunrise. However, you need to be careful when heading up Mount Fuji. As the proverb goes:

Mount Fuji is also sadly known for Aokigahara, the suicide forest. Nowadays, there are measures to discourage those considering taking their own lives.

The sacred Japanese mountain is also ever-present in popular culture. Here are some examples of works featuring the mountain:

Mount Fuji continues to inspire artists just as it inspired beliefs throughout the years. Climbing to the top of this natural Japanese sanctuary is an essential activity for anyone visiting it.

Find out what else there is to do at Mount Fuji.

Now that you know a bit more about Mount Fuji, you can start planning your trip to Japan. To learn more about Japan and its main cities, check out our other articles on the subject.

If you're interested in learning Japanese, there are plenty of great resources online to help you. Similarly, you can also get help with your Japanese from one of the many talented tutors on Superprof.

There are three main types of tutorial available for Japanese: face-to-face tutorials, online tutorials, and group tutorials. Each has its pros and cons and you'll have to choose the type that's right for you and your budget.

If you're on a budget, online tutorials might be a better option. If you've got a decent webcam or microphone, your tutor can teach you how to speak Japanese remotely over the internet. Since the tutor doesn't have to travel to their students and can, therefore, schedule more tutorials each week, they tend to charge less than one-on-one tutorials.

Group tutorials are usually the cheapest type of tutorial since there are several students all paying for the tutors time. While this is great for those on a budget, it can sometimes mean that you won't get as much one-on-one time with your tutor and the tutorials won't be tailored to you and what you want to learn. However, when it comes to language tutorials, this also means that you'll have many different people to practise your new language with, which can be more interesting than having to speak to the same person every session.

Generally, it's a good idea to start a new hobby with group tutorials as they're less of an investment. Once you get serious about it, you can always start working with a face-to-face or online tutor and learning exactly what you want to learn.

Before you make your decision, remember that many of the tutors on Superprof will offer free tuition for the first hour. This means you can try a few tutors, see if you like their teaching style, and see if you get along with them. After all, it's useless paying for a tutor that you don't enjoy spending time with!