“I don’t care what they’re going to say. Let the storm rage on. The cold never bothered me anyway.”  -Elsa from Frozen

Elsa and Anna have become cultural icons since the release of the animated feature film called Frozen in 2013. Memorabilia, toys, theme park rides, and even a musical produced by The Walt Disney Company in 2018.

Nevertheless, are you a parent struggling to find fun, wholesome, and engaging entertainment for your child yet have no idea of the current trends? Look no further than Frozen! Both an animated feature and a musical Frozen is bound to entertain all types of children.

Have a read through today's article about all the necessary details of the phenomenon known as Frozen! 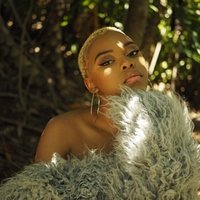 Developments and General Information of the Frozen Musical

"Do you want to build a snowman? It doesn't have to be a snowman."

Released on November 22, 2013, Frozen the movie, has become a cult classic that grossed over 1.2 billion USD. Since Frozen's success, there have been countless memorabilia created, video games developed, and additional entertainment aspects such as theme park rides and plays have been established.

But what about the Frozen Musical? When did it hit Broadway and become a roaring success?

After broadway producers and The Walt Disney Company realised how much of a smash hit the Frozen movie was amongst children, teenagers, and adults, developments began in early 2014 to bring a Frozen musical to life.

When questioned about the project, Bob Iger, CEO of The Walt Disney Company, stated that time was not an issue; instead, excellence was demanded on the theatre production.

Fun fact: members of Disney Theatrical Productions admitted that a Broadway musical was discussed and in the works even a year before the Frozen film was released in 2013.

After some time without any news about the project, in the early months of 2013, Thomas Schumacher, president of Disney Theatrical Productions admitted that the musical would be released on Broadway by early 2018.

Michael Grandage was signed on as director, Peter Darling and Rob Ashford as choreographers, and Stephen Oremus as music supervisor. Other members of the cast and crew were announced a few months before the first development lab took place in New York City.

It is essential to state that the original songwriters from the Frozen movie, Robert Lopez and Kristen Anderson-Lopez, were hired to develop the Broadway musical. However, it is worthy of mentioning that in comparison to the seven and a half songs written for the feature film, there were about 23 songs penned for the musical since it would be longer in length.

Before the scheduled Broadway debut at the Saint James Theatre in March 2018, a pre-Broadway tryout commenced at the Buell Theatre in Denver, Colorado from mid-August to the beginning of October 2017.

Showtime! In March 2018, the Frozen musical opened at the St. James Theatre to audience members from all over the world. Cast and crew members remained the same from Denver; nevertheless, it is essential to state that songwriters changed approximately 30% of their material to focus on the majority of audience members who are adults without any children.

The Frozen Broadway musical has been running since its release in 2018 and has made the Disney Theatre Productions company a relatively great deal of money; nevertheless, it has received mixed reviews from critics which we will discuss in the fourth subheading of this article.

Other fantastic musicals include The Sound of Music, The Wizard of Oz, Chitty Chitty Bang Bang, and Matilda by Roald Dahl.

If you asked any little girl under the age of ten years old, they could quickly tell you the entire plot of Frozen in under five minutes with a lot of excitement, hand-gesturing, singing, and dancing.

However, for adults who have left the days of Disney princesses and superheroes behind to start a career and make ends meet for their new family, important plot details should be discussed.

What is Frozen even about?

The feature film and the musical keep the same plot; therefore, it is quite simple to describe them both at the same time. The following description explains the story:

Frozen is about the story of two fleshly sisters, Elsa of Arendelle and her younger sister Anna. Elsa possesses magical powers that allow her to control and create ice and snow.

When both girls are young, Elsa cannot control her magical powers and gravely injures her sister Anna. The parents of the girls, who are King and Queen, find someone to heal Anna yet has her memory altered to forget about her sister's magical powers. The parents of the girls isolate them and separate them within their large castle which causes a rift between both of them.

After both their parents die, Elsa is set to take up the throne and become the Queen of Arandelle yet she is extremely nervous that one day the people of her kingdom will learn about her dangerous and uncontrolled powers. At the coronation ceremony, Anna and Prince Hans' relationship causes Elsa to be provoked and she unleashes her powers unwilling and leaves Arendelle in a state of eternal winter.

Elsa runs away and creates a castle of ice where she will spend the rest of her days. Anna sets off to find Elsa and on her way meets an ice-harvester named Kristoff and his reindeer Sven. They embark on the journey together where they met Olaf, a very cheerful snowman.

When the group finds Elsa, they discover that she does not know how to undo her powers and is terrified. Kristoff discovers than an act of true love will erase the effects of the curse. Therefore, he calls Prince Hans to kiss her. However, Prince Hans confesses that he does not love Anna and that he only wants to steal the throne from the two girls. He subsequently looks Anna in a cell to spend the last of her days.

Olaf rescues Anna from her prison cell and she sets off to rescue Elsa with Kristoff before Prince Hans kills her. The act of true love results to be the heroic act that Anna completed to save her sister from Prince Hans. The sisters live happily ever after and Elsa promises to never use her powers negatively ever again.

The plot or story of Frozen may seem just like all other Disney princess movies; nevertheless, its the beautiful songs, stunning animation, and charm of the characters that sets it apart from the rest and made the film a two-time Oscar winner in 2014.

Now speaking of charming characters, the following subheading discusses the primary roles of Frozen and some of the unique traits that make them different from the rest.

The Main Characters and Their Characteristics

There is no doubt about it; characters make movies tremendous and fun to watch. Therefore, without further delay, the following are some of Frozen's most stellar characters:

The five previously mentioned characters make the story of Frozen, a unique film that is worthy of celebrating.

Since its release in 2013, Frozen has garnered a significant fanbase among all types of personalities and ages.

Frozen has won various accolades including a Golden Globe, a BAFTA, two Grammys, two Oscars, and five Annies making it one of the most decorated animated films of all-time. Critics have awarded the Frozen movie a score of 90% on Rotten Tomatoes and 74 out of 100 on Metacritic stating generally favourable reviews.

The cultural impact of Frozen was so strong that many believe it is the second renaissance of Disney's success to create such memorable characters.

Many viewers look forward to the release of Frozen 2 on November 22, 2019.

As for the Broadway play of Frozen that began in March 2018, it has also been the nominee and recipient of many glamourous awards.

For instance, the Broadway musical performed at the St. James Theatre was nominated for three Tony Awards in 2018 including Best Musical, Best Book of a Musical, and Best Original Score and two Drama Desk Awards including Outstanding Actor in a Musical and Outstanding Puppet Design winning the latter.

Although well-received by certain outlets and audiences, the Frozen musical fell-flat for many critics who were comparing it to the magnificence of the animated movie. For example, some thought that the additional songs created by Kristen Anderson-Lopez and Robert Lopez were too padded and only "fun but not transporting."

Nevertheless, there was much positive praise for the performances, and the musical continues to earn Disney a lot of money since Frozen obsessed children and their parents continue to attend.

Also, it is essential to state that in 2020, the Frozen musical franchise will continue to make audiences smile on other world stages such as London's West End and Sydney, Australia's Capitol Theatre.

All in all, the Frozen animated film an the musical are favourites in their respected domains. Children who haven't seen either would be delighted to escape on an adventure that only Disney can fabricate this well!