The History of Singing without Music BlogMusicSingingThe History of A Cappella

Of all the different types of music, a cappella is pretty special. This is music in which there’s no instrumental accompaniment. In this case, only the voice matters and all melodies need to be created vocally.

A cappella groups date back centuries and they’ve been able to create polyphonic music through choral singers and choirs and even create rhythms and beats without a need for musical instruments. The ancient techniques have been around for millennia and they’re still used nowadays.

In this article, we’re looking at the history of a cappella singing, its roots to the modern age, and the most popular a cappella groups around now. You’re going to learn all about performing without instruments, an art form in its own right! 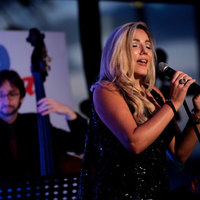 While we can trace singing without instruments back to the origins of Man. The first records of human beings singing appear in carved texts. One of the first examples is featured on a Cuneiform tablet dating back to 2,000BCE.

However, a cappella as it’s known today dates back to religious singing. Etymologically speaking, alla cappella means “in the style of the chapel” and this singing was usually done in churches. At the time, it was accompanied by instruments like the organ.

However, during the first millennium of Christianity, there weren’t any instruments. This was the same for Byzantine Orthodox rites in which the singing was never accompanied by music. Similarly, Gregorian chants were some of the first a cappella music.

The tradition of a cappella singing originated in Europe and around the Baltic Sea, in particular, but it quickly spread across the continent and into the New World and peaked in the United States during the 19th century when it started influencing other styles of music.

A Cappella and Its Influence through History

It was during the 15th century that a cappella became popular in European churches and several people would sing at once. In the 16th century, a cappella music was slowly replaced by cantata, which had musical accompaniment.

Famous composers included Josquin des Prez and Orlando di Lasso who created polyphonic a cappella music. The madrigal then became popular; a type of music where between 2 and 8 people sing without instrumental accompaniment. Claudio Monteverdi is a fine example of the Madrigal. Madrigals accompanied a cappella music from the Renaissance to the Baroque period and both changed over time.

In the 19th century, choirboys became popular in churches. They’d sing in the parish under the supervision of the clergy.

A cappella music evolved a lot in the United States. Thanks to Peter Christian Lutkin, the dean of the Conservatory of Music at Northwestern University, founded the Northwestern A Cappella Choir in 1906.

Numerous choral groups started popping up all over American universities and were often linked to the accompanying school. St. Olaf College, which has had an a cappella group since 1911, Concordia College, Augustana College, and Luther College all have a history of a cappella groups. While collegiate a cappella groups are now quite common in the United States but that doesn't mean you can't sing a cappella here in the UK.

From a cappella, a new type of singing was born in the 1930s; Barbershop. This is a type of close-harmony singing with 4 voices and no instrumental accompaniment. This type of singing was inspired by the practices of barbers in the southern United States who’d sing to entice clients into their barbershops.

Most barbershop quartets have the following 4 voices:

After Barbershop, Doo-wop was created in the United States. This style of a cappella singing was created in the 1940s in large cities on the East Coast by young black Americans. Doo-wop songs tend to focus on love and don’t need musical accompaniment.

A cappella music is no longer an essential part of mass and many churches have hymns and songs with instrumental accompaniment. That said, many religious groups still practise it but it’s not an obligation.

A cappella has become more popular through radio, television, and the Internet. A cappella covers of popular songs are also making the style more attractive. Similarly, TV shows and films like Glee (with The Warblers) and Pitch Perfect have thrust the style into the limelight again. After all, the show “Glee” is based around a Glee Club, a common extracurricular activity in the US where students can practise choral music, instrumental music, or a cappella.

They’re not singing old a cappella music from the Renaissance but rather performing contemporary songs in a new style. By using the singers in place of instruments (with beatboxing, for example), they can recreate popular contemporary music with a modern a cappella style.

Similarly, Gospel music draws from a cappella when not using instrumental accompaniment. While mostly performed in American churches, you may recognise “Oh Happy Day”, a very popular Gospel song.

There are plenty of groups recording a cappella music and artists using a cappella in different genres of music. A cappella is very popular in musicals and videos on YouTube.

It’s never been easier to learn how to sing a cappella. Whether you’re learning to sing a cappella or singing with instrumental accompaniment, the process is more or less the same. You can learn to sing in school, in singing lessons, or private singing tutorials with a tutor from Superprof.

Learn how to sing in key.

The Most Famous A Cappella Groups

A cappella is very popular in the United States and some of the most popular groups and artists include:

We could also mention plenty of contemporary artists who use a cappella music in their music regularly or occasionally. A cappella singing is increasingly being used in other musical genres.

Now you know a bit more about the history of a cappella music. If you’d like to learn more about it, check out our other articles on the subject. After that, you can always get in touch with a private singing tutor on Superprof!

On Superprof, there are plenty of talented and experienced singing tutors to help you improve your voice. There are three main types of singing tutorial on offer: face-to-face tutorials, online tutorials, and group tutorials. Each type of tutorial comes with its pros and cons and some tend to be more expensive than others so you need to carefully think about what's available, how you like to learn, and what your budget it.

Face-to-face tutorials are the most cost-effective type of tutorial available. This is because you're the only student and your lessons will be tailored to you and how you like to learn. Of course, this means that your tutor will be spending time outside of the tutorials planning exercises and activities for you to do during your lessons. All this extra work comes at a cost so these tutorials are also usually the most expensive per hour.

Thanks to the internet, you can also get online singing tutors who'll teach you using video conferencing software. These tutors won't have to travel to you and can also schedule more tutorials each week. With less travelling time and more earning potential, online tutors tend to charge less per hour as they have fewer outgoings per lesson taught.

Group tutorials are useful for students on a budget as you can share the cost of a tutor with the other students in the tutorial. Whether these other students are friends of yours or strangers, you can get an hour of tuition quite cheap if you're happy to be in a group. Of course, this does mean that you won't benefit from as much one-on-one time with your tutor.

Make sure that you benefit from the fact that many tutors on Superprof offer the first hour of tuition for free so you can see if they're right for you and if you get along.