You might not be aware of it, but mathematics is all around us, all the time.

Much more than multiplication and division, fractions, algebra and geometry (which have still haunted much of our school curriculum), mathematics gives us a better understanding of the world we live in.

When you take a closer interest in this science, you start to discover a number of mysteries and questions... Endless debates on the creation or the discovery of mathematics, impossible or unsolved equations, a fascination with certain numbers, unusual formulas, and so on.

You would think that maths is the subject of a precise and irrefutable logic allowing you, with the right equation of course, to solve any problem. 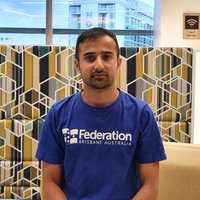 Mathematics: an invention or discovery of man?

Did mathematics derive from human thought or from a discovery?

Since ancient Greece, man has used mathematics, numbers and algebra to explore the physical world and understand the rules of nature.

Learning maths has also allowed numerous technological and scientific achievements such as:

A documentary entitled "The Great Math Mystery" (2015) traces the philosophical debates about the universality and effectiveness of this science.

In the footsteps of the mathematical giants, Pythagoras, Galileo, Newton and Einstein, the feature highlights their fascinating discoveries and how these findings have evolved over time.

Pythagoras' theorems and mathematical equations, Newton's law of universal gravitation, the mysterious number Pi ... So many discoveries  made throughout history, which are still used today as points of reference. Scientific theories that are considered "the key to the Universe".

A captivating documentary that proves once again that mathematics is still an enigma that will not end up surprising and revealing!

The 7 mathematical problems of the millennium

Did you know that there are still 7 mathematical problems that have never been solved!

They are called the 7 mathematical problems of the millennium.

100 years later, in 2000, the majority of maths experts found the solutions to these problems. Nevertheless, 7 still remain, described by some as the most difficult mathematical problems. Think you're a good problem solver?


To support research in science, especially in mathematics, a rich American, L. Clay, decided in 1999 to found the CMI (Clay Mathematics Institute) and to challenge mathematicians around the world.

If a mathematician manages to solve one of these problems, they could win £1 million! Yes, L.Clay is very rich!

Among the 7 mathematical problems never solved are:

After seeing all these problems, you will surely work harder on your maths homework and do better on your maths tests! Far beyond all that can be learned in school and even at University, extremely advanced knowledge is required before embarking on this adventure.

Very few mathematicians in the world have the opportunity to work on these equations and conjectures.

But as Albert Einstein says:

"We cannot solve our problems with the same thinking we used when we created them."

The Numbers that Fascinate the World

Mathematics is a story of numbers. Among these, some are the subject of serious fascination. Mysterious numbers that we are trying to comprehend.

Looking for a math tutor, look no further. You will get all the maths help you need.

Pi: the Number with Many Secrets

Pi is surely the most well-known mathematical constant. If you're struggling to remember your basic maths lessons, Pi is the value of the ratio between the circumference of a circle and its diameter.

More commonly summed up at the approximate value of 3.14, Pi has fascinated and intrigued mathematicians since antiquity for several reasons:

Phi: Gold at the Heart of the Universe

Phi, otherwise known as the golden number, is not to be confused with Pi.

The Golden ratio has a value that is more mythical. It could be, according to mathematicians, present in all things in our universe. Phi could be the factor of the proportions of everything around us: spaces, plants, and even human beings.

The Whole Universe Would Obey the Law of Phi.

Closely linked to the famous Fibonacci sequence, the law of Phi would allow, for example, to draw shapes called "gold" with perfect proportions. Some even call the number the "divine proportion".

The most mysterious example is the work of Leonardo da Vinci and the famous "Vitruvian Man". De Vinci was the first to declare that the human body was composed of several parts that have the law of Phi as their common denominator.

This "divine" value can be found in many fields, such as:

The number 7: between belief and reality

Why is the number 7 also present in our past but also current cultures?

The boots of seven leagues, & c.

For several thousand years, the number 7 is has been thought to be lucky.

A figure that we come across a lot in our culture, and even religion, (there's a strong presence of the number 7 in the New and Old Testament).

And what about maths?

Mysteriously, the number 7 also has an important part to play in basic mathematics and geometry:

To this day no scientist has come up with a real explanation for the strong presence of the number 7 in mathematics. A mystery, a symbol, a myth ... Everyone is free to make their own interpretation.

Do you know the greatest mathematical mysteries?

Drake's equation, named after its creator, Franck Drake, is a serious mathematical theory to determine  the number of "possible" extraterrestrial civilisations in our galaxy.

One might think that this equation is science fiction, but not at all!

It's closely linked to such sciences as:

Published in 1961, Drake's formula still divides scientists and mathematicians, because the estimation of the factors which it is comprised of  is very uncertain ... We do not currently have all the knowledge necessary to grasp the equation.

It is the product of 7 factors (7 again...). The answer N represents the number of extraterrestrial civilisations that surround us.

For this reason, scientists must take into account the following factors (in order):

In 1961, Drake and his team managed to calculate a value for N which was 10. That means 10 extraterrestrial civilisations, able to communicate with us, exist in the Milky Way.

Mathematics, geometry, algorithms, probabilities, and trigonometry can become more than just a matter of academic interest.

Mathematics has had an incalculable number of secrets and mysteries since antiquity.

Will scientists succeed in cracking all the secret mathematical codes? Is mathematics a creation of man? Is the number 7 really lucky?

A subject that will never cease to amaze us!

Being interested in the mysteries of mathematics can stir up student's curiosity.

From an early age, children have access to many educational resources to learn maths while having fun (maths games, logic games, magic calculations, etc.), a sort of introduction to maths.

Through its mathematics school curriculum, the Board of Education proposes to accompany students from primary to higher education in various subjects of science and technology.

And why not make maths a profession, even a vocation? After A-levels, you have the opportunity to expand your knowledge of maths by pursuing a degree in engineering science or mathematics, for example.

But before that, you have to go through the most difficult part, work on your maths homework: