How To Write In Latin? BlogLatinLearn How To Write In Latin

Latin is rarely taught these days in Great Britain. It might be because for a long time learning Latin was maybe the most boring subject.

Today, with so few schools and universities teaching Latin as part of their regular curriculum, you will probably have to teach yourself if you want to learn the language of Cicero.

You might wonder why you should study Latin. To start with, 30% of all English words come directly from Latin, so knowing the origin of the word in Latin will probably help you improve your English orthography.

Latin is an extinct language which only remained the official language of the Vatican and the Catholic Church, but many European languages and dialects take their origin in Latin, and studying it will probably help you learn French or Spanish.

Find some Latin classes online that can help your learning of Latin here.

Today the best way to learn Latin is to learn it like a modern language.

So we will be giving you a few tips and advice to learn Latin and progress quickly.

Here is a Latin tutor Sydney that you can hire! 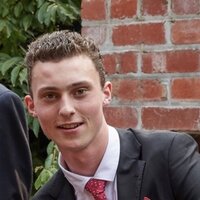 Learning Latin today is not all about reciting declensions by heart.

Knowing grammar rules and memorising a decent amount of vocabulary will definitely be a conditions to progress quickly and steadily through your apprenticeship of Latin.

The good thing is that you won't have to learn a whole new set of characters as the Latin alphabet is the same as the English one.

The long list of words and Latin expression that teachers used to give to their students to memorize have been replaced by a more comprehensive way to learn Latin.

Through conversation and listening, many modern methods will teach you how to speak, read and write Latin without boring you to death.

You will probably need a couple of books depending on the method you prefer but one of the ultimate tools that will help you through your study will the Collins Latin dictionary. The best way to learn new vocabulary will be to write down the words you do not know in a notebook and look for the translation yourself.

The dictionary will also have the words declensions and tonic accent to help you learn the right pronunciation.

Understand the Evolution of Latin Words

Learning Latin will be easier if you already have studied French (one of many Romance languages) like many British students do. Linguists say that 90% of all French nouns, verbs and adjective come directly from Latin.

Turkish, Icelandic or even Bosnian are other languages that have been influenced by Latin!

Latin may be more than 2500 years old and may have stopped evolving a long time ago, it remains important to understand that this language, which at one point was spoken throughout Europe and across the Mediterranean coast, was once a thriving language.

Like English still does today, Latin changed with time.

The classical Latin that we study today is far from the popular Latin spoken by Romans in England until the 5th century.

Just like English, Roman used tonic accents when speaking. It means that Latin words are emphasized on a certain syllable.

In Latin, the accent will depend on the length of the word. In dictionaries such as the Cambridge Latin dictionary, the accent is indicated by an apostrophe before the syllable to emphasis:

Depending on the accent, a Latin word gave one or more English words:

The mix of German and Latin languages influence that English went through has given us many examples of both origins being mixed.

Discover more Latin words and phrases we use in everyday English...

Germanic/Latinate doublets from the Norman period, using Latinate words in the sciences gave us pairs with a native Germanic noun and a Latinate adjective.

Because of the collapse of the Roman Empire, Latin progressively stopped being used by the people of the British Isles and the lingua latina was completely replaced by Old English during the 6th century.

Only churches and learning institutions were still using Latin as their main language.

Because Old English was influenced by both Latin and the Proto-Germanic languages brought by the successive Saxon, Angle, Norse and Dane invaders, a lot of the Latin words that were later included in Great Britain lingua franca (common language) remain close to their original version.

Rather than evolving and changing through times, these words were borrowed to Latin and included in the Old English tongue.

French on the other end saw the native language of Gaul widely replaced by the tongue of the Roman invaders and Latin was completely assimilated by the Gallo-Roman (the mixed population of Gauls and Romans). This romanization led to Latin words evolving much more in French than they did in English. Two different words, with the same meaning, are often found in the French language.

That is where it gets complicated. England was ruled by Anglo-Normans for more than 300 years since William the Conqueror left his home of Normandy in France to become King of England.

While the nobility only spoke Norman at the court (an old version of French), they did nothing to change the language of the common people, the Old English.

The exchange between both languages continuously occurred through the medieval times and French words that have evolved from Latin got incorporated into the English tongue.

The modern English we speak today date from the 15th century.

One major English writer is said to have started a movement that would favour the use of Middle and then pre-Modern English.

Geoffrey Chaucer is considered by many as the father of English literature and was the first one to popularise the use of the common English vernacular when writing novels and poetry.

His influence at the court and on the English bureaucracy establishment help the development of Standard English.

It is because of him that the dominant literary language shifted from Latin and French to the Middle English common language.

Bring Latin Back To Life

One of the best ways to learn Latin is to consider it as a modern, living language.

New Latin teaching method tend to include this new philosophy and often include both writing and speaking exercises.

The main goal of these methods is to get used to write and speak in Latin and to memorise Latin grammar rules and vocabulary while practising rather than just learn long lists of words and their declensions.

Having discussions in the Latin language will greatly help the students to improve quickly on their pronunciation and memorisation of new words should become natural.

Translating Latin texts into English and vice versa is also a great way to improve. More than just a translating exercise, it is a real game of logic, where words should be placed back at the right place in the sentence. But if you know your declension you will do great.

Learning Latin will also help you in your science, law or medicine studies.

90% of all science-related words in English come from Latin!

Learning Latin online is also possible and a lot of forums and websites such as Latinum will offer a lot of resources to help you progress.

What Is Different Between a Latin Sentence and an English Sentence?

In English, the standard order of words will be Subject, Verb and Object (or SVO).

To avoid any confusion on who send who you will have to learn your declension and know them well.

Once you will have mastered them, Latin will be a piece of cake. Just check which of the seven declensions (nominative, vocative, accusative, genitive, dative, ablative and locative) the word uses and you will know if it is a subject, a verb or an object.

While using a Latin English dictionary will come in handy when you are absolutely stuck on the meaning of a word, it will be very fastidious to do the same for the declensions.

So start crafting some flashcards and you will be guaranteed to be a fluent Latin speaker in no time!

Now discover the best ways of learning how to write in Latin...