The Superprof Guide To American English “Americans who travel abroad for the first time are often shocked to discover that despite all the progress that has been made in the past 30 years, many foreign people still speak in foreign languages.”

American is one of the largest countries in the world, and English is the de facto national language. Each of its 50 states has their own accents and ways of speaking English. On the other hand, there is plenty of overlap between how the different states speak.

English in the US is much more diverse than what we see in Hollywood films, TV shows and fashion magazines.

Indeed, who isn't familiar with Sex and the City, Star Wars, and the New York Times?

In this article, we'll be discussing the origins of American English, what makes the American accent unique among the many dialects of English out there, and how you can polish your American accent. 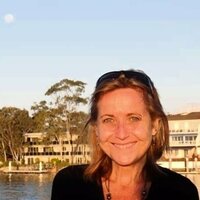 A History of American English

Compared to many other places, the USA is quite a young country. This means its dialect of English is also relatively young.

English came to America when the country was colonized in the 17th century. However, at this point, there were lots of other languages being spoken on the continent by the new arrivals. These included Spanish, French, Irish, Welsh, Dutch. At the time of colonization, it is estimated that over 300 indigenous languages were being spoken by Native Americans.

Over the years, American English began to diverge from its British roots and take centre stage as the language we know today.

However, it wasn't until after this colonial period that American English truly branched off from British English. There are now many differences in pronunciation, vocabulary, and even some spellings, as well as lots of new words! The same is true of Irish English, Scottish English and Australian English, all of which split off from British English after a period of colonisation. Indeed, most places you travel to in the world will have their own form of English.

So what exactly is America English, and how can you learn it?

Alternatively, you could explore the Australian accent.

Have you heard the terms "y'all" or "sup" in American movies or music?

These quintessentially American terms are contractions - where two words are mashed together to form slang. The first is a combination of "You all", and the second is shorthand for the casual greeting "What's up?". These terms are just one way that American English different from the language of the Brits.

English pronunciation in the United States of America is widely considered simpler to understand by ESL learners.

This is because many non-native speakers across the globe are already immersed in American English thanks to the popularity of American film and TV. Many people pick up a good understanding of American English without even noticing! Since you've most likely heard so much American English all through your life, you'll probably get along fine in New York or LA with just some English speaking basics, or a handful of lessons with a good English teacher.

We have good news for you - American grammar tends to be simpler than grammar in other English dialects. You'll need to follow a set of grammatical conventions, but they are generally more simple in American English.

This is also true for the American accent. Since it's so widespread, it's generally much simpler to grasp the American English accents than a thick Scottish dialect. Hopefully that clears a few things up!

American English has its roots in many British dialects, it has since evolved into a dialect in its own right. When it comes to pronouncing consonants, a common difference can be found in the letter "r". This is nearly always pronounced by speakers of American English, while in Oxford English they ignore the "r" if it follows a vowel.

There are also lots of new nouns that America has given back to the English language, which are now used in the US and all over the world. The following terms all came from the US:

Now let's compare American English with British English to find out what makes it so unique...

Would you like to learn English online? Check the best ESOL courses.

As we've already mentioned, American English came from a range of different English dialects present in the United Kingdom. Then, as American grew in independence, its dialect differentiated and evolved alongside American culture and society.

People around the globe attend English classes in primary school and high school, and with the dominance of American pop culture, students are now watching English (even without subtitles sometimes!) by the time they graduate high school.

The primary difference between the UK and US is in how they spell words. British English came first, and then American English adapted the English spelling in many cases.

Paying attention to how words are spelled is the easiest and quickest way to figure out if you're reading American or British English. You can also look at which vocabulary is being used to find out where your English is coming from. Language is deeply linked to culture, and there are lots of differences between American and British cultures, so the many linguistic differences between the two countries should come as no surprise.

In terms of grammar, the past tense that is used in day-to-day speech will change depending on whether you're in the United States or Great Britain.

For example, in the US they'll usually use the past simple to talk about events in the near past, whereas in English they'll tend to make use of the present perfect.

For example, Americans might say "I went to the store", whilst a Brit is more likely to say "I've been to the shop". The difference is slight, but it just goes to show that even the simplest sentences are different.

The tenses of verbs are sometimes different as well - in the UK they'll use "get-got-got", while in America, it's "get-got-gotten".

Practice makes perfect! And the best practice is to immerse yourself in American culture.

There are so many great resources out there for helping you learn American English, produce American vowels, and polish your pronunciation.

So, want to unravel the mysteries of Irish English?

Which sites can you use to learn English online?

Some Resources To Help You Learn American English

“England and America are two countries separated by the same language.”

There are so many great literary and audiovisual resources out there to help you immerse yourself in American culture and understand American English.

You can start by viewing American films or TV shows with the subtitles in your native language. Pick something you like, be it Breaking Bad, Glee, Forrest Gump, or The Walking Dead. TV shows and films are always better experienced in their original language and can introduce you to so many new aspects of the culture.

Or perhaps you're more of a bookworm? You can immerse yourself in American culture with the help of great American literature from the likes of Toni Morrison and Jack Kerouac. These will help you learn many different dialects of American English and gain a new perspective on facets of American culture.

Any kind of media can help you improve your English. Thanks to the internet, TV channels, radio stations, podcasts and online press are all freely accessible in many places all over the world. These can help you learn American English, and also more specific vocabulary such as business English.

Why not check out the Wall Street Journal, watch CNN or check out some American podcasts? There are all fun and engaging ways to expand your knowledge of American language, politics and culture.

American English is always adapting and evolving and new slang seems to come out every week! If you're looking for a tutor to help keep your American English current - you can find one on Superprof!