What About Chinese Boxing? BlogBoxingWhat Are the Combat Sports Coming Out of China?

According to a Spanish proverb, "a man well prepared for battle is already half victorious."

Before getting into the boxing ring to face a great British boxing, French Boxing Savate, or Thai boxing champion, there is indeed only one rule you should take into account: physical preparation is of the utmost importance.

Chinese combat sports are numerous and it is difficult to quantify Chinese boxing styles. Because there are so many, it is better to call these sport disciplines by the all-encompassing name of "Chinese martial arts."

This name - gong and fu - does it not remind you of anything? Why yes - this is what we usually call Kung-Fu, or Gong Fu.

Chinese martial arts are also referred to as guóshù or quánfa.

Martial arts were created out of a need for self-defense and military training in ancient China.

Are you interested in the many boxing styles, martial arts classes, and boxing classes Melbourne out there? It's important to understand where the art that you practice on your punching bag comes from, and at the very least we are sure that you are interested in learning a few of the ancient practices linked to Chinese martial arts.

In this article, the Superprof blog has put together a presentation of Chinese boxing for its readers. 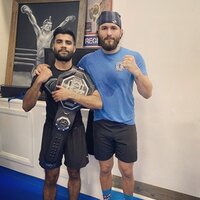 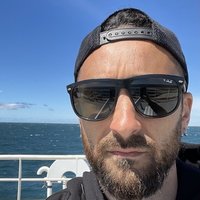 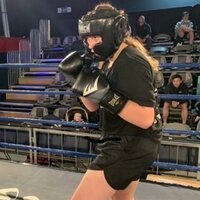 What do We Call Chinese Boxing?

It is said that there are 360 different styles of Chinese martial arts. Suffice to say that the term Chinese boxing is therefore quite reductive.

In the West, Chinese boxing styles are classified as internal boxing - with a focus on self-control, energy, breathing, and spirituality - and in external Chinese boxing, based on close combat, physical strength, and speed.

The thing about Tai Chi is that although it isn't necessarily the most effective self-defense style, it is practiced by millions throughout the world for meditative and health reasons.

The practice of wu shu gong fu - or kung fu wushu - is very varied and yet, extremely codified. This boxing contains a section where one can only use his bare hands in combat and another style where weapons (such as tao lu, nunchaku, swords, etc.), as well as relaxation exercises and combat techniques such as sanda are utilized.

Yes, sanda. It is a boxing discipline with two types of training: one is practiced by civilians and regulated. This is a boxing style close to Thai boxing or kickboxing.

The other is a martial discipline practiced by the military in which all kinds of blows are allowed including the vital points, spine, or joints.

The term Kung fu was introduced to Europe in the 1970s and referred to boxing in martial arts films, including those with iconic actor Bruce Lee (1940-1973), and later, Jackie Chan, or Jet Li.

Kung fu is defined as "a martial art that requires a long and difficult practice. The term "kung" (or "gong") in Chinese Mandarin means skill. "Fu" means "master", "husband", "literate": a man of great skill.

Traditional Chinese kung fu when it is practiced by a great master is very different from kung fu wushu, which refers to the combat, the actual sparring part of the martial art.

The latter designates the art of war, or the art of stopping an opponent with a halberd (a Chinese weapon made up of a spear, a hook, and a blade).

"Tao Lu Boxing" is broken down into several techniques, including:

In conclusion, kung fu is in fact a synthesis of the hundred styles of Chinese boxing - using kicks or punches or both, and aiming them at the head, the elbow, and the knees - which are practiced in China. Especially useful and respected are the ones that do not attack a person's vital points: sanda boxing, quanfa, wushu, wing chun, and etc.

These styles are of course very different from the styles of Savate, or French boxing ...

Some Important Historical Facts When it Comes to Chinese Boxing

Chinese martial arts developed during antiquity - 2,000 years ago - and there are many legends surrounding the sport's origins.

Many of these schools or styles created their forms by imitating different types of fighting techniques from animals (tiger, panther, monkey, snake, or bear), birds (eagle, crane, or chicken), or insects (praying mantis).

The reason for imitating the animals’ fighting was that it was believed that, in order to survive in the harsh natural environment, all the animals still maintained a natural talent and skill for fighting.

The best way to learn the fighting techniques was by studying and imitating these animals in boxing classes. For example, the sharp spirit of the eagle was adopted, the pouncing/fighting of the tiger and eagle’s strong claws was imitated, and the attacking motions of the crane’s beak and wings were copied.

Check for boxing classes near me on Superprof.

History recounts that martial arts emerged out of the need for self-defense and intensive military training during the antiquity period in China.

The Yellow Emperor, who reigned in the 27th century BC, created what is now known as Chinese martial arts.

However, much more recently - in the 5th century AD - a Buddhist monk named Boddhidharma traveled to the Shaolin Monastery in order to teach Buddhism to the Shaolin monks.

It is told that he devised physical exercises in order to have them be more robust, improve their physical condition, and to protect them against marauders, looters, and thieves who put the monastery in danger.

This was gradually transformed into a martial art practiced by the Shaolin monks.

The fighting style was then exported throughout Asia, and gave birth to karate (Japan), and taekwondo (South Korea).

It is in the 16th and 17th centuries that the practice of martial arts by the Shaolin monks was written into history books.

Until the mid-20th century, the practice of Shaolin kungfu and kungfu wushu evolved from a Chinese boxing with fists to a type of Chinese boxing that was more about meditation.

When Mr. Zedong ruled under the People's Republic of China in 1949, the Buddhist art of kungfu evolved into the official sport of the people and the state.

During these times, modern wushu, acrobatics, and gymnastic kungfu were developing and breaking with the traditional Chinese practice of kungfu.

The Chinese culture is rich, steeped in spirituality and mastery of the human body. The Chinese boxing is not just about knocking out the opponent .

Chinese boxing is not only about practicing the art of self-defense, but it is above all about mastering the body and mind, having a philosophy on life, and developing the physical and mental potential of the practitioners thanks to powerful fighting techniques.

It is a question of real personal accomplishment.

The practice of Chinese boxing is aimed at developing these practicioners, both physically and mentally.

It is great for building muscle and packing a punch that won't cause an injury, as well as learning how to place yourself in positions that allow for a good sequence of attack. You will also better learn assault and defense techniques and keeping up your guard.

Practitioners who wear boxing gloves and boxing shoes should learn fast footwork in order to avoid any damage to their vital points.

In a fight, the back, the neck, and the spine are also subject to punches.

Learning kung fu in a boxing club allows you to receive very complete training, as well as strengthen your physical and mental health with a boxing coach or an experienced instructor in Chinese boxing.

What about Chinese boxing postures?

They are obviously different from those of French Boxing Savate.

Each boxing style has its variants, however, there are a number of basic postures found in the European and Asian martial arts schools:

Before heading to learn Dojo at the nearest boxing school, be sure to purchase the necessary boxing equipment.

Have you ever heard of the fashionable sport of shadow boxing?