A culinary wizard, Jamie Oliver is a British cooking sensation and one of the Top UK Chef Personalities who rose to fame thanks to his debut appearance in The Naked Chef. He is well-known for his favourite word: Pukka!

While he has no Michelin stars as yet, since this relaxed cooking show aired on TV, Oliver has gone on to make numerous other TV appearances teaching Britain how to cook, released dozens of cookbooks and brought a number of little Jamie Oliver's into the world!

It is the young celebrity chef's ambition and passion for changing the way our children eat in society that has given him the recognition he deserves, and it is no doubt since having a family of his own that he is pushing the importance of healthy eating in schools and at home.

Jamie couldn't bear to see obese children whose primary caregivers don't understand the effects of things like sugary drinks, biscuits, smoothie drinks and popcorn on a growing child's nutrition, and wants to transform the nation's approach to diet. Unfortunately, this problem affects millions of overweight children and teens globally, so Jamie Oliver's stand against obesity is hopefully a good starting point for the chef to make a difference by teaching parents and cooks in a school kitchen important lessons about food. If his petition saves a child from developing diabetes or a killer disease as a result of overlooking healthy meals, then it is a successful venture for the famous chef.

You can read more about his food revolution and the school lunches campaign below, as well as his aim to get families fed well for a fiver.

You can take the best cooking classes Perth here. 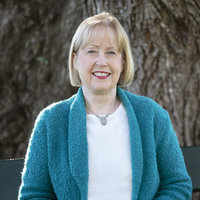 The chef comes from a family of cooks. Raised in Essex, where his parents run their gastro-pub in the village of Clavering, Jamie grew up in the kitchen. He knew from an early age that he wanted to work with food, and thus left school at sixteen to go to catering college.

His training took him to France, but much of his early career was spent working in London. Aged just 22, he was given his own TV show, The Naked Chef, where the idea was to strip down food to their most basic ingredients and inspire people to learn to cook from scratch.

The show made it to the US a couple of years later, paving way for the release of a number of interlinked books including Happy Days, which led Oliver to take the show on a trip around the world. On his travels, he had Australian adventures as well as visiting New Zealand.

Jamie Oliver, now nearing 43 years of age, was born in the seventies in Essex, England. He is known for his typically English cuisine, but has experimented with other non-traditional cooking too like Asian cuisine. Many of his recipes and TV shows include food being cooked out in the open on a barbecue or fire pits, like one notable juicy piece of lamb shank barbecued and topped with pomegranate seeds!

In 2000, Oliver married Juliette Norton, known warmly as Jools. The couple have had five children together and still live in his hometown of Clavering.

Jamie's Kitchen: Giving Something Back

As a young chef who had been lucky enough to find such great success early on in his career, Oliver was set on giving something back and wanted to open a training restaurant to help teach young people how to cook and how to eat better. He was documented throughout the process of setting up this scheme, which became a great success, and the show again found fame in numerous other countries too.

If he wanted to give something back to the catering industry, he did just that. And in 2003, he was awarded an MBE in recogniton for his contribution to the hospitality industry. It is thanks to the work of the Fifteen Foundation charity that sixth form students have the opportunity to train in this field.

Jamie Oliver, for a long time, felt that UK schools weren't offering children nutritious meals at lunchtimes. He therefore took it upon himself to educate the schools and giving them the recipe for helping motivate the children into eating better.

He took his petition to 10 Downing Street and managed to secure a government pledge to improve the standards of school catering and to provide better training for dinner ladies.

His campaigning paid off as, in 2006, the government invested further in school meals as a result of Jamie's findings.

Jamie's School Dinners is all about making important, long-term, conscious changes to the school meals system and getting rid of the junk food culture by having their educators serve them fresh nutritious meals that they enjoy eating. Teaching them about eating well is just as important, if not more, than other subjects on the curriculum.

Jamie is a firm believer that what we eat affects everything from our mood, to our behaviour, health, growth and, more importantly for school aged children, our ability to concentrate.

It is his view, and one that others have echoed, that a lunch time school meal should provide a growing child with one third of their daily nutritional intake, which they previously did not.

The Ingredient for Success: His Partnership With Sainsbury's

Jamie Oliver paired up with Sainsbury's supermarket chains to help them to improve the quality of their food and to teach people about home cooking. Together, they launched the Feed Your Family For A Fiver campaign, with Jamie designing tasty dishes around basic ingredients that can be bought in store for under £5.

The recipes included dinners, side dishes, starters and desserts and meant that, in theory, families could spend as little as £35 on shopping for meals alone a week, or less than £150 per month.

In total, Jamie has released over 20 cookbooks showcasing all the recipes, with some of the most popular beings Jamie Does America, 15 Minute Recipes, 30 Minute Recipes and his recent release 5 Ingredients: Quick & Easy Food.

As you'll see from the titles, Jamie is a champion of simple cooking techniques and is devoted to making cooking an easy process for others to follow. His 15 minute meals and 30 minute meals are a big hit home cooks who look forward to eating their menu far more than they do cooking it!

Not all of his books are recipe books, however. Some of his books reflect on his love for gardening and organic food. You'll find delicious recipes such as Lasagne, healthy chicken, steaks, tagliatelle and even tasty vegetarian meals such as couscous and bean soup. Nutrition being the main focus in all his recipes. What's your favourite Jamie Oliver recipe?

Search for "cooking courses London" and learn to cook like Jamie Oliver!

Jamie Oliver has appeared in many a TV show, often with his childhood friend and fellow foodie Jimmy Doherty on Channel 4.

Jamie has opened a wide range of restaurants across the whole of the UK, but what is interesting is that they aren't all the same chain. If you want to find out which of his restaurants is in your region, visit his website and select your area from the map. Many vouchers are made available for his establishments, which offer succulent dishes like Baby back ribs, Chipotle Chicken, Fillet of pork, Chilli beef, and more taste sensations to surprise you.

It should be noted that he often refers to his food as posh pub-grub, with his brilliant menus keeping ingredients simple yet going massive on the taste. He has a Jamie's Italian restaurant, a steakhouse, and other alluring restaurants great for any occasion (whether it be a Halloween, dinner party, a birthday, a work leaving do, a hen party, or just your general Friday night out). So whichever direction your palette takes you on, you are sure to find a Jamie Oliver restaurant that can provide you with a feast packed with loads of flavour.

For example, in East Anglia, Jamie has restaurants in St Albans, Norwich, Chelmsford and two in Cambridge. Many of the restaurants are inspired by Italy, offering pizzas and pasta, but some offer foods that are more traditional to the UK.

As you now know, Jamie Oliver has an extensive range of cookbooks out in which you can find tasty recipes. But it is easy to find some of his recipes online too. On his own website, he lists numerous recipes which he splits according to the main ingredient. These sub-sections include:

If you are interested to know more about other famous British chefs like Jamie, then visit these blogs; Mary Berry, Gordon Ramsay, Nigella Lawson