Why is an English Language Dictionary an Essential Resource? Out of all language-learning resources, a good dictionary is indispensable for both native speakers and those who are learning English.

A dictionary's uses go far beyond simply checking the spelling or definition of a word. Most will also give you the etymology of a word, the word class (part of speech), how it's pronounced, its inflections, and examples of where it fits in sentence structure. If you have a bilingual dictionary, you will also be able to find equivalent meanings and phrases in another language.

Many people would be surprised to discover that English dictionaries have an intriguing past, stemming back to their early use as 'word lists' to help the translation of biblical texts from Latin to English. More recently, specialised dictionaries often contain local word variations and are often updated with current expressions or vocabulary.

Dictionaries are compiled for different purposes and are published in a range of styles and formats.

There are dictionaries that contain only alphabetical lists of words, designed purely for checking spelling and the existance of a word; while others are much more complex and provide detailed word definitions along with sentence examples.

If you are just beginning to learn English, you may find it more reassuring to use a bilingual dictionary. However, to avoid relying on translations to understand new words, consider investing in a monolingual English dictionary as well and you will find your vocabulary and contextual understanding will improve dramatically.

Select your dictionary carefully based on your current language needs and short-term goals. It may be a completely different type of dictionary to the English learner next to you in class, but that is okay as long as your dictionary suits your purposes.

Keep reading to find out everything you need to know about English dictionaries: their long history, intended purposes and functions, and the areas in which they may be useful during your English as a second language journey. 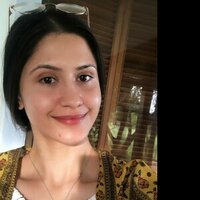 English Dictionaries from 2300 BCE to Now

Tablets, transcribed with bilingual word lists and dating back to 2300 BCE, were found in modern-day Syria and are considered to be the first known dictionaries.

It is believed these lists would have been created to assist with the interpretation and comprehension of texts; much the same as how modern English dictionaries are used.

With a similar purpose, thousands of years later, some of the first printed books were the Latin glossaries from medieval Europe, used for interpreting the bible.

Since this time, the world has continued to embrace the use of single language and multi-language dictionaries and other word-list forms.

Up until 1604, when Robert Cawdrey wrote the first monolingual and alphabetical English dictionary, A Table Alphabeticall, dictionaries consisted primarily of lists of Latin-derived words with their English translations.

The publication of Cawdrey's ground-breaking dictionary prompted an outpouring of ideas and proposals for new dictionaries with added features.

This period saw the British population being flooded with dictionaries — with lexicographers to laypeople producing everything from basic glossaries through to complex etymological reference resources.

Most of these publications had finite success, however, it took another 150 years following Cawdrey's work for Samual Johnson to succeed with the 1755 release of A Dictionary of the English Language.

Johnson's dictionary, soon to become the standard in the field, was straightforward and well-researched. He successfully merged the most popular features of other dictionaries, including alpahbetisation and text referencing, increasing its usability and appeal.

Unfortunately, in 1884, Johnson's ranking was overtaken by Oxford University Press when they started publishing their version of an English dictionary in shorter, less cumbersome, volumes.

Eventually, in 1928, these volumes were merged into the Oxford English Dictionary, and was most recently revised and published again in 1989. This dictionary, and other Oxford dictionaries, remain highly regarded as the world's most comprehensive and reliable language resource.

Naturally, there are a number of regional variations to the Oxford dictionary, including MacMillan dictionary, Merriam-Webster, Longman, and Macquarie, to name only a few.

The Merriam-Webster Dictionary, which markets itself as the most trusted American dictionary, was published in 1806 by American, Noah Webster. One of Webster's primary goals in the production of his dictionary was to simplify English spelling for both ESL learners and native speakers. He succeeded to a limited extent and is the reason for many of the differences we see today between British and American spelling.

Interestingly, Australia did not officially have its own dictionary, reflecting the unique Australian terms and phrases, until the publication of the Macquarie Dictionary in 1981. However, research reveals that Australia's first dictionary may have been a dictionary of convict slang, penned by James Hardy Vaux (a convict himself) in 1812 and published in 1819.

In current times, many of the worlds most prominent publishers of dictionaries, including Oxford and Macquarie, offer their dictionaries online. Extra features to are added to these online versions, including 'word of the year' (or day), and they allow content to be updated in a more timely fashion.

Types of English Dictionaries and Their Purposes

Throughout history, dictionaries have always been designed to meet the specific needs of their users, such as the early bilingual word lists and glossaries. This remains the objective of modern-day dictionaries.

The classification of a dictionary is dependent on its purpose, the content, the method of information delivery, and the source of information.

There are two categories of dictionary:

The majority of popular, modern-day English dictionaries are considered descriptive, although they tend to identify proper use as well as 'informal' or 'vulgar' definitions.

Classifications also include whether a dictionary is monolingual or bilingual.

Increasingly, monolingual dictionaries are including foreign language words which have become common in the native tongue. For instance, in an English language dictionary, you may find the Japanese words anime, zen, or even hikikomori.

We have put together a list of different types of dictionaries, describing the information they contain and how they can be used.

The most popular style of dictionary, a general dictionary focuses on vocabulary that is in general use throughout daily life.

General dictionaries vary from providing simple definitions for words, through to giving detailed definitions as well as information about etymology and pronunciation for each word listed.

For homonyms (words which are spelt and pronounced the same, but have different meanings), dictionaries will either put all definitions in a numbered format under the same listing or give each definition separately under its own entry.

The general dictionary you choose is entirely up to you and your needs.

Often, people will have a larger, more comprehensive dictionary on their desk at home, and carry a smaller, pocket-sized dictionary for day-to-day use.

Of course, these days, you may only need your phone or another device as most dictionaries are available online, making it easier to access the information you need wherever you are.

These dictionaries do not provide definitions. Rather they provide lists of synonyms under each word entry, making them ideal for people who require different or 'better' words to add variety to their writing or speech.

While thesauri are designed to give words with similar or identical meanings and are useful for locating more or less formal alternatives, be aware that not all words can be used in the same contexts.

Featuring only specialised terminology for specific fields, this type of dictionary is not intended for day-to-day use.

For instance, a medical dictionary is intended for students or practitioners of medicine, or in medical research, to check the correct spelling or usage of medical terminology.

If you are studying at university level in an English-speaking country, a specialised dictionary may be just what you need to help you translate and understand your course content and write essays. They are often available in both monolingual and bilingual formats.

Containing only definitions, a glossary is essentially a basic version of a general dictionary.

A glossary's objective is to allow the user to understand the word in context, which is why they are most frequently found at the end of reference books and materials.

In a way, glossaries can be likened to a specialist dictionary, as they tend to mainly focus on a single area of language study, or the vocabulary from a specific publication.

Written specifically for students of foreign languages, these dictionaries provide valuable information about language use, beyond simple translations.

If you are at an intermediate level, with enough English to understand the information provided, a monolingual learner's dictionary is a useful resource to have.

When you are just starting out on your English-learning journey, you will benefit most from a bilingual dictionary. Dictionaries written in both your native language and English not only provide excellent support for comprehension but are also useful for reducing spelling errors.

As you progress and become more confident with your vocabulary and grammar skills, you should consider transferring to a monolingual English dictionary.

Once you're ready for a monolingual dictionary, remember to consider the type of English you are studying.

You are likely to already be aware of regional differences in spelling and word use, particularly between British and American English. If you wish to ensure you maintain consistency in your writing and speaking, it's recommended that you choose one style (and the dictionary that follows that style) and stay with it.

The English style you choose may be determined by your location or situation, as well as your personal preference.

There are plenty of English dictionaries to choose from.

As mentioned previously, many of the bigger dictionaries also have online versions. The benefit of these is that many online sites also provide other English learning resources.

Many of the resources offer a fun alternative to formal classes, with opportunities to practise English spelling, along with other English skills including pronunciation, use of idioms, grammar and interactive quizzes.

Essentially, choose a dictionary after considering your goals and preferences. As you progress, update your dictionary to reflect your proficiency.

Having a tutor to practise with can help with your motivation. Have a look through Superprof's listing of private tutors, or explore the range of online English lessons.