When You're Learning English, Remember These Spelling Rules Why are there so many English spelling rules?

There is a distinct lack of regular spelling patterns for English words, and for those that exist, there are myriad inconsistencies. Take, for example, one of the most commonly cited English spelling rules:

I before E, except after C.

Yes, it's a rule, but it isn't always correct. There are lots of exceptions — 'seize', 'scientist', and 'weird' are just a few of them.

If you know a bit of history, you'll realise English is a complete hotch-potch of vocabulary and spellings, brought into England by invaders and influenced by multiple languages over the years.

All of this means that learning to spell accurately in English can be somewhat overwhelming. But before you walk away, hard doesn't mean impossible.

If you're ready to dive in, take a breath and have a look at the spelling rules which will be most beneficial to start with. These are the rules that will not only help you learn how to spell, but will also boost your vocabulary and improve your fluency and accuracy when you write.

A quick note before we start: there are differences between British and American spelling, but this post will only be looking at British English spelling. 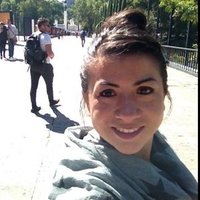 Making the Plural of a Noun

Definitely the easiest rule in English spelling, the rules for pluralising nouns are straightforward and regular.

Just add an 's' is the basic rule for pluralising a noun: window — windows

However, phonetics make pronunciation difficult if we apply this rule to certain ending sounds, like the 'ch' in 'branch'. It's really difficult to say 'branchs'.

The same difficulty occurs with words ending in 's', 'ss', 'z', 'sh' and 'x'. So when pluralising nouns that end in these letters, you need to add an 'e' before the final 's':

Words ending in 'y' also use a slightly different rule when they are pluralised — sometimes! The letter 'y' is somewhat unusual because it acts like a vowel and a consonant.

If the noun you want to turn into a plural ends with a 'vowel + y', you just apply the regular rule and add an 's': day — days.

However, for words ending with a 'consonant + y', plurals are formed by dropping the 'y' and adding 'ies': country — countries.

The letter 'f' is also the cause of a slight rule variation, primarily for pronunciation purposes.

However, if the noun ends with 'ff', we revert back to the general rule and just add an 's': cliff — cliffs.

The differences are only minor and, while you will still be understood if you make a few spelling mistakes, good spelling can affect how others evaluate your English language proficiency.

Still on pluralisation rules, there are some plural forms that simply need to be learned as they are irregular.

Some of these are very common words in terms of day-to-day use:

While others are less common:

If you practise often by making an effort to use these words in your English conversations, you'll soon become used to the rules and be able to use them naturally.

There are any number of websites which will give you clear explanations, with examples, about English spelling rules and the connection between spelling and pronunciation.

Areas you may be particularly interested in exploring are the 'silent e' rule or the 'silly spellings' where letters can have multiple pronunciations depending on where they sit in a word.

In brief, the 'silent e' might be a royal pain for many frustrated spellers, but there are a number of guidelines to help you navigate it.

One rule worth remembering is:

The bossy 'e'  at the end of a word forces the other vowel to say its name.

What this means is:

When followed by the letter 'e' at the end of a word, 'c' and 'g' also have pronunciation changes.

Take your time and learn each rule on its own before moving on to the next. All together, they might seem overwhelming and complex, but with a steady pace, you'll soon find these rules come naturally and you'll be able to make educated guesses as to what 'looks right' when you're writing.

The Effect of Tense on Spelling

Changing the tense of a verb, particularly an irregular verb, has a bigger impact on spelling than you might think.

Once again, there is a general (i.e. simple) rule when changing a present tense verb to past tense — add '-ed' to regular verbs.

Although the written form looks like '-ed', in spoken English it will sound like either a 'd' or a 't'. For example, 'talk' becomes 'talked' but sounds like 'talk-t'.

It is important to note that one of the differences between American and British English is related to the past tense of some verbs.

In American English, verbs like 'learn' and 'spell' follow the '-ed' rule. In British English, on the other hand, a 't' is used instead of 'ed' as it is more reflective of the pronunciation.

Most of the time, changing from present to past tense does not affect the syllable count, e.g. walk and walked both only have one syllable. However, occasionally the addition of 'ed' will add a syllable.

Most of the time, this happens with infinitive verbs ending with a 'd' or a 't':

It may seem a little daunting when you hear that there are around 370 irregular verbs in the English language, but don't worry, a lot of them are commonly used in daily language so the chances are, with a little awareness, you'll pick them up easily.

The examples you could never fathom independently include:

Regular and irregular verbs don't change according to the pronoun you use, making them easy to remember in their 'simple past' form:

And you can also have:

As always, there's an exception. In this case, it's 'to be':

Unfortunately, confusion arises in English spelling with the generation of an irregular verb's imperfect form.

Two examples of huge differences between the infinitive and imperfects forms are:

The imperfect forms look totally different from the infinitive!

This may seem tricky at first, but there is a bright side — you don't need to conjugate English verbs for each pronoun like you do in other languages.

So, how can you learn the inflections of these verbs and their, let's be honest, silly spellings?

There are actually quite a few methods.

When it comes to preparing for English exams, you need to find the methods that work for you. This might involve using online grammar exercises and quizzes to help you prepare, or alternatively, you might find the best way is to completely surround yourself in English language materials.

Switching on the subtitles when you watch English language TV shows and movies can help you make the connection between English spelling and pronunciation.

Whatever you do, your goal should be to rely more on natural instinct for what looks and sounds 'right' when you're working on your spelling, rather than memorising spelling lists, rules and exceptions to rules.

There will never be a 'magic wand' to make English spelling easy, whether English is your first language or your additional language. Ultimately, practice is key when it comes to improving your language knowledge, learning slang and other idiomatic expressions — all with the goal of achieving fluency.

If your goal is fluency in English, you'll need to master all the little, annoying details — including spelling. Get into the habit of carrying a dictionary and consulting it regularly.

A few final tips on how to improve your English proficiency:

If you can cultivate a positive attitude, and maintain your motivation, you'll be eradicating those misspelled words before you know it.