From Archaic Chinese to Modern Mandarin: A History of Learning Chinese Languages LanguagesChineseThe History of the Chinese Language

When it comes to the origin of languages, there are plenty of legends, stories, and myths. The task of explaining it all still bothers anthropologists, archaeologists, and linguists, who are desperately trying to figure out how man’s linguistic evolution came about.

While researchers are hoping to find a proto-language which brings us all together as a species (assuming that such a thing exists) and the religious gave up their search after the Tower of Babel to focus on texts from thousands of years ago, there are some who’ve dedicated their lives to researching Old Chinese to tell us more about our past.

Let’s travel through time with a short history of the world through the eyes of linguists. While we won’t need Doc Brown or a Delorean, with so much to get through, we'll probably have to tell the story at more than 88 miles per hour!

Discover how influential the Chinese language has been on the rest of Asia... 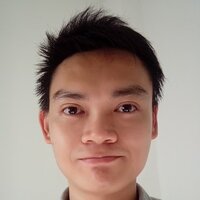 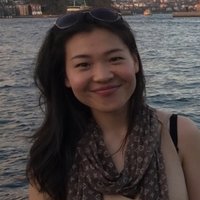 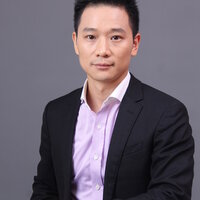 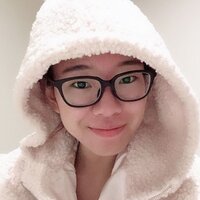 Our story begins around 20,000 years ago when Man left his first marks in caves. While these images seem fairly primitive in comparison to later artistic masterpieces and modern graphic design, they were a start and the birth of an incredibly important notion: that humans could use markings and imagery to convey ideas to one another.

The road from cave paintings to modern writing systems would be a long one, though. Around 16,000 years would have to pass before Man would consider using pictograms and characters to express uniform ideas through writing.

At the same time as Egyptian hieroglyphics and Sumerian cuneiform, the Chinese character and written Chinese was born. This goes to show just how important Chinese writing is and how much influence it’s had on the world.

Aside from the legends that claim the characters came from shapes found in nature, archaeologists have found proof that these characters have barely changed since they were created around 7,000 years ago.

Delve further into the heart of Chinese multilingualism...

With around 60,000 traditional Chinese characters (or Hanzi) belonging to three different groups: pictograms, ideograms, and ideo-phonograms, 6,000 of which are used regularly, the Chinese writing system came from the “Han” peoples that currently make up 94% of the population of China.

Over the years, Chinese writing underwent various calligraphic changes in different regions. Each ideogram is designed to fit into equally-sized frames regardless of how complex they are in order to create a pleasant visual balance with strict rules on the order of the strokes.

A reform in 1958 simplified 2,300 complex ideograms in order to make learning Chinese both the Chinese and foreign speakers.

Despite how complex, wonderful, and fascinating the Chinese writing system is, it does pose a lot of problems for people trying to learn the language. That's why the the Chinese Pinyin system was created. The system, which is used to write Chinese characters and vocabulary using the Latin alphabet in a phonetically, is great for helping Westerners to learn Chinese words and phrases more easily. The system has also responsible for a huge boost in the number of Chinese people that have learnt to read and write.

My Superprof tutor taught me how to type using pinyin, something my Chinese lessons London teacher did not do!

The poetic and literary value of Chinese is said to come from the fact that the characters used today can trace their roots back to the universal primitive gestures that are found in the “first scripts” from all those years ago.

Complex ideas and deep thoughts can be created through combining several images to create unique ideograms that tell us a lot about the laws of universal energy and balance that were established in ancient China. For example, by combining the symbol for “autumn” with the symbol for “heart”, we can create the ideogram for the feeling of “sadness”.

Also learn everything you need to know about the most spoken language in the world...

Learn Mandarin London" or outside the capital? Find Chinese tutors across the UK with Superprof. The Chinese writing system remains relatively unchanged from its original form. (Source: Wikimedia Commons) As the ancestor of most Chinese languages including Mandarin and Cantonese, Old Chinese is a language that every language lover should consider learning about as it has a long and fascinating history that I'll only be able to scratch the surface of during this article. You can find written it on the shells of turtles and animal bones dating as far back to 1250BCE during the time of the Shang Dynasty! Much like Modern Chinese, the writing system for Old Chinese was logographic. This means that the characters represent words or phrases, like the letters of the Latin Alphabet do, but rather than sounds, making it as hard to read as hieroglyphics for those not familiar with it. The increasing number of writings during the Zhou dynasty largely influenced classic Chinese literature which has been preserved until today. How to decide which variety of Chinese you should learn? The Birth of Standard Mandarin The Chinese language is a member of Sino-Tibetan language family and is a direct descendent of Old Chinese, the oldest known Sino-Tibetan language. Chinese communities from around the world can use Mandarin as a common language. (Source: YesManProductions) To simplify the “Han” languages in China we can classify them into two groups: Those speaking the language in the North are closely related to Mandarin Chinese. In the Southeast, there are a number of different dialects and languages including Cantonese (Yue), Min (Fujian, Taiwan), Wu (Shanghai). While there are plenty of different languages and dialects, Mandarin Chinese was chosen as the common language or pǔtōnghuà” 普通話/普通话 by the People’s Republic of China as the official language for education, administration, and in the media. What do you know about Pinyin, or romanized Chinese?  This language originated from the different dialects spoken in the North with the one from the capital, Beijing, being its main source of inspiration. The language appeared internationally in the book of rhymes Zhōngyuán Yīnyùn which came about during the Yuan Dynasty in the 13th and 14th centuries. The book is considered as a “linguistic bible” for the languages spoken in China at the time. Much later, in the 20th century, 1956 to be exact, Standardised Mandarin was imposed upon the thousand-year-old local languages as part of a move to make China more modern and uniform. The long journey taken by hànyǔ 漢語/汉语 (meaning the Han language) has started to bear fruit since it’s now the mother tongue of over 800 million people and 70% of the Chinese population. As a symbol of China’s economic growth, the language has become an important part of business and is the most spoken language in the world. This is just one of the many reasons why you should consider learning this language! Discover how you too can learn Chinese tones... The Origin of Cantonese “A language is a dialect with an army and a navy” - Max Weinreich Cantonese, the Language of Guangdong, or Yue is one of the most widely spoken languages in the south of China. (Source: Wikimedia Commons) There are very few written accounts, especially on the web, for languages like Cantonese and Yue which are thousands of years old. Some suggest that the language was formed after the fall of the Han dynasty in the 3rd century while others are convinced that the language came about as early as the time of the Chinese empire and evolved directly from Old Chinese like the Tibetan did. The word “Cantonese” comes from “Canton”, the western word for Guangzhou, the capital of the Guangdong province, which is considered to be the home of the language itself. However, after years of influence from the media and popular culture, the home of Cantonese has shifted to a place once run by the British: Hong Kong. The fact that Cantonese, much like many other Chinese and languages, is spoken far more than it is written is often used to politicise its legitimacy. While some see it as a less prestigious Mandarin Chinese, Cantonese has strong roots in the region and has made it difficult for any other language to usurp it. Even though the language is commonplace in Guangdong, Hong Kong, and Macau, where it is one of the official languages, Cantonese has had to fend off attacks from Mandarin Chinese, which is being used in schools, and the threat from other populations trying to diminish its use. In addition to the Cantonese speakers in Guangdong, Hong Kong, and Macao, there are also speakers in: Malaysia (750,000 speakers) Vietnam (500,000 speakers) And North America, where there are 180,000 speakers of the language in the city of San Francisco alone. This sort of explains the Chinese influence around Asia. There are certain similarities between the regions where Cantonese is spoken. In fact, the Cantonese regions tend to have closer relations to the West than other regions in China do. Through mixed societies, famine, and rebellions, and you’ll see why Cantonese speakers have emigrated all over the world. Find out more about tones in Chinese. Would you like to learn Chinese? There's no better time than now! Explore now the landscape of learning Chinese...