From Mandarin to Cantonese - Which Chinese Dialect Should You Learn? BlogLanguagesChineseWhich Chinese Dialect Should I Learn?

When it comes to business, speaking Mandarin Chinese would be hugely beneficial. While Japanese and German still remain useful languages for anyone wanting to work in business, there are so many people want to learn Chinese thanks to the country’s economic growth and globally-recognisable culture.

Chinese is becoming an increasingly popular choice for students in schools and universities and is showing no signs of slowing down. However, there's something special about the Chinese language that you should know about: there's no such thing as a single Chinese language and culture.

The Chinese speaking world is actually a group of related languages and dialects that, in some cases, are so different to one another that somebody speaking one of the languages would not be able to be understood by a speaker of another. Put simply, there are a lot of Chinese people who can't talk to each other because their version of “Chinese” is completely different.

With dozens of languages and dialects spoken across China and language learning being such a long process, it's very unlikely that anyone would be able to learn to speak all the different Chinese languages.

While learning a few Chinese words, phrases, and some simple vocabulary will probably only take a few weeks, if you want to get familiar with Chinese characters, master Chinese grammar, and become fluent in your new language, you're going to have to study for a while.

With that in mind, let’s see which language is the most important when it comes to integrating into Chinese culture and settling in China.

Learn also about the many varieties of Chinese language spoken today... 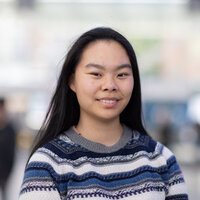 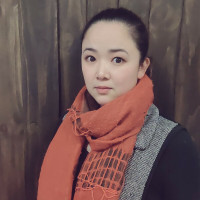 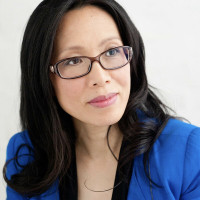 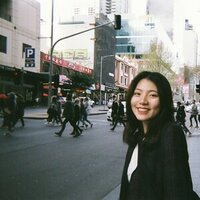 Chinese Mandarin is the most spoken language in the world with a fifth of the global population speaking the language. This makes it a popular choice amongst those wanting to study Chinese or go to mainland China.

In fact, when people say that they're decided to learn to speak Chinese, they probably mean that they're going to learn Mandarin since most Chinese language courses will be teaching the Mandarin language.

You’re probably wondering what other languages the Chinese speak, too. It’s estimated that around 30 million people are currently learning Mandarin. There are also studies that claim that Mandarin might be the world’s most popular language amongst learners.

This is probably why there are so many universities partnering with the Confucius Institute and offering regular Chinese classes to their students and the public. You'll hardly be surprised to find out learning Chinese is becoming more popular outside of the classroom, too!

The British Council has also said that Mandarin Chinese is the fourth most important language for Britain’s future!

As the world’s 2nd biggest economic power, China is Europe’s second most popular trading partner, just after the United States, and accounts for around 160 billion Euros in trade.

While once thought of as an impossible foreign language from a faraway land, Mandarin Chinese is now thought of as the language you have to know given how well China is performing economically.

Find out more about Chinese’s influence around Asia.

What About Cantonese instead of Mandarin?

Every story has its sidekick who doesn’t get as much fame as they probably deserve. Batman had Robin, Fred Flintstone had Barney Rubble, and Wallace had Gromit.

Mandarin was given official language status in China in 1956 while Cantonese remains in second place and largely ignored both by the Chinese and foreigners when it comes to learning languages.

Cantonese is so much more than just a language with roots in the Chinese region of Guangdong (which used to be called Canton in the West). So why should you consider learning Cantonese?

While constantly in the shadow of Mandarin, Cantonese has had the opportunity to quietly grow and develop in the regions where it’s still spoken.

Thanks to the economic power of the regions like Guangdong, Hong Kong, Macao, and Chinese communities abroad, where Cantonese is predominantly spoken, the language remains most people’s first choice of language.

Discover how you too can learn to speak Mandarin...

A Language for Linguists

Those who love languages are probably already more interested in Cantonese than they are Mandarin.

With everybody seemingly learning Mandarin Chinese, there’s something quite interesting about the prospect of learning a language that’s both less popular and less accessible. With 8 tones and a number of similarities with Vietnamese, Cantonese can open doors to a number of regions that Mandarin won’t.

Find out more about tones in Chinese by taking Chinese lessons.

A Language for Historians

While we’re certainly not forgetting about the history of Mandarin, the history of Cantonese is so rich and interesting that we couldn’t possibly write an articles on varieties of Chinese and not look at it briefly.

Guangzhou, the 3rd largest city in China, has witnessed centuries of different political regimes. It’s a place that doesn’t need to prove anything to anyone. It’s nicknamed the “City of the Five Rams” due to a Chinese legend in which 5 immortals rode 5 sheep. You could go as far to say that Guangzhou is an immortal city given the centuries of control it’s been subjected to.

A Language for Cinephiles

Hong Kong’s cinema, which is popular locally, nationally, and internationally, helps promote Cantonese. It has its own style and look that helps differentiate itself from other types of Chinese cinema.

Understanding Mandarin Chinese mightn’t help you since the subtitles that are provided in Standard Chinese often do little justice to the original dialogue in Cantonese.

Discover the fascinating history of the Chinese language...

A Language for Travellers

Beautiful, modern, and historic. Hong Kong, much like Shanghai, attracts migrants from all over the world. Since Hong Kong was formerly a British Colony, it’s significantly more westernised than the mainland.

However, it’s managed to hold onto its Chinese roots, too. When people say Hong Kong Chinese, they’re really talking about Hong Kong Cantonese.

In fact, Cantonese is both Hong Kong’s official language and the lingua franca. Put simply, if you’ve set your sights on Hong Kong for either work or travel, you’re going to have to learn Cantonese rather than Mandarin Chinese.

Shanghai is the biggest city in China, a global economic hub, and home to the world’s second tallest skyscraper, the Shanghai tower.

Read about everything you need to help you learn Chinese...

As the economic centre of Asia, it’s hardly surprising to learn that both Mandarin and English are used in order to close deals.

However, Shanghai, which is home to 20 million people, has its own language and dialect which is known as Shanghainese, the Shanghainese dialect, the Hu language, or the Hu dialect.

While Mandarin Chinese is taught in schools around the People’s Republic of China from the age of 6, the local language is the one spoken on the streets of Shanghai in the shadows of massive skyscrapers.

You’re probably thinking, “Why should I learn a local dialect instead of learning the standard Mandarin Chinese?”

I’m not going to lie... That’s a very valid question to ask. After all, most people in Shanghai can speak Mandarin Chinese to some degree and Shanghai is also home to a significant migrant population that doesn't speak the local language.

However, whether you’re an exchange student in China, an expat looking to start a business, or just a tourist travelling through Shanghai, knowing how to speak the local lingo comes with a number of benefits.

The Shanghainese like to stick together and promote the use of their local language. Thus, socialising with the locals in Shanghai and avoiding the expat communities can be difficult if you haven’t bothered to learn their language.

I played it safe: took Mandarin lessons with a Superprof tutor!

As a member of the Wu language family, which is the second largest linguistic group in China, there are also a tonne of economic and financial benefits to mastering this language.

While Mandarin and Shanghainese are not mutually intelligible, the latter has borrowed heavily from the former. This means that if you know a lot of Mandarin, it could be helpful if you decide to start learning Shanghainese.

Would you try your hand a learning Chinese's four tones?

While you might hear languages like Min (spoken in Fuijian and Taiwan), Xiang (in Hunan Province), and Manchu referred to as “dialects” in order to legitimise Mandarin Chinese as the official language of China, most linguists don't like to use the term.

China is brimming with local languages that bear little resemblance to Mandarin Chinese as it’s spoken in Beijing.

These languages have existed for many years and survived in the face measures to standardise Chinese. Most regions still have regional languages which are used daily by local groups, too.

Focusing on one of these local languages could be great for somebody interested in linguistics, anthropology, Chinese history, or anybody wanting to deepen their understanding of local Chinese culture and history for university research, for example.

Don’t forget about Pinyin, either.

Find a private tutor to help you learn Mandarin Chinese: