BlogHealth and FitnessBoxingThe Noble and Incredible History of Boxing!

"As long as we persevere and endure, we can get anything we want." Mike Tyson (born 1966)

Hand-to-hand combat sports are often represented, in the collective imagination of the novices, as brutal, violent sporting disciplines, serving only to let off steam, or even ambassadors of bad-boys from poor neighborhoods where organized crime and delinquency reign supreme over laws.

This is what one would have the propensity to think when seeing the press report the various facts on boxers such Mohamed Dridi (1968-2016) - former boxing champion and journalist, who was found shot dead in his apartment in December of 2016 - or Tyson Fury - who tested positive for cocaine in September 2016 before a fight against Vladimir Klitschko.

In this case: being a boxer would require having a good punch, a good kick, good footwork to dodge shots, hit hard and arouse the ire of your enemy, with the sole purpose of winning.

This is prejudiced because on the one hand, boxing - be it English boxing, French boxing, Thai boxing - and other disciplines such as karate or full contact, are not all for delinquent competitive players looking to achieve the title of world champion in the boxing ring.

On the other hand, the values ​​promoted at the boxing gym are at the antipodes of pure brutality: respect, protection, self defense, cunning, tactical sense, courage, combativeness ...

Moreover, from professional boxers like Mike Tyson to Manny Pacquiao to Freddy Roach to Mohammed Ali, through Floyd Mayweather, the greatest boxers of all time have recalled the many positive contributions of boxing.

Do we know where this sport comes from and how it emerged? What has made boxing one of the most popular sports?

Here for the curiosity of our readers, is a condensed history of boxing. 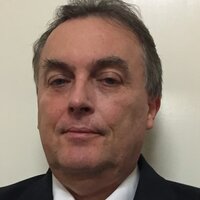 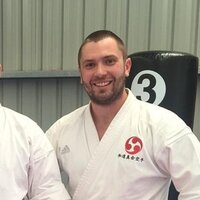 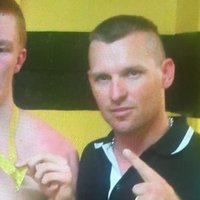 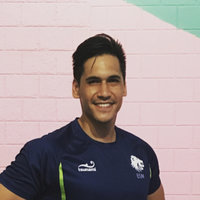 What Are the Origins of Boxing?

There are numerous traces of the existence of a primitive form of boxing in ancient times.

Archeological research on ancient texts (including those of Gilgamesh) made it possible to affirm that boxing already existed in the second millennium BC, in Mesopotamia (present-day Iraq), in North Africa and in Greece.

It is also known that in the territories of present-day Ethiopia, in Nubia, men were fighting boxing matches in the first millennium BC.

Invaded by the Egyptians in the 5th century BC, the banks of the Nile became a place where soldiers clashed in hand to hand combat to entertain kings and pharaohs.

Later, in fistfighting - practiced in ancient Greece and then under the Roman Empire - the fighters only hit the head, while the opponent had to keep his guard with his fists, the fight between the two opponents often ended in death.

The first Olympic boxing champion was Onomaste of Smyrna, during the 23rd Olympic Games in 688 BC.

Used at the time in ancient Rome - many Roman emperors such as Caligula became fond of games to amuse the crowd, including the arena, then the Coliseum -, the practice of this sport was made more and more brutal over the years.

Soldiers and gladiators had to fight naked, until exhaustion, standing - hitting as hard as possible - and on the ground, in a fight until the abandonment or death of the opponent.

The history of antique boxing shows how boxing athletes gradually began to protect themselves and how boxers became important to fans of ancient sports.

The Romans recruited gladiators among prisoners and slaves, who fought with bandages of leather which, according to Homer and Virgil (-70; -19), which split the human flesh and caused too serious lesions.

The Gladiator Games were banned by Emperor Theodosius I in 392 AD, which would also end boxing for over a thousand years.

And you still wonder why you should start taking boxing classes?

The Emergence of English Boxing

In spite of a lack of sources, historians cannot at present estimate if boxing disappeared completely, or if it was simply practiced with discretion.

However, it is known that the nobility of the English bet on illegal fist fights in the 17th century. In France, savate was practiced simultaneously: a face-to-face kickboxing.

It was during the Napoleonic wars that the French prisoners in London discovered the use of the fists in boxing - by clandestine fights with bare hands with money on the table - it is through borrowing from English boxing, that French boxing evolved.

From here the sport progressed and the different weight classes such as flyweight, lightweight, middleweight and heavyweight came into play to make matches more fair.

Here are some of the great boxing champions and the boxing hall of fame.

The first boxer with bare hands - who also practiced fencing - was James Figg (1695-1734). He is recognized as the father of modern boxing, which combines techniques from a mixture of boxing with bare hands, wrestling and fencing.

James Figg created the first boxing school in 1719 and until 1730, he  lost only one fight out of 270 in total. He died in 1734 after a successful career during which he remained almost undefeated.

Jack Broughton (1704-1789), seeing that fighting could sometimes cause death, was the first to codify the sport by universal rules, applying to all the followers of this sport practice: the London Prize Ring Rules, written in 1743.

In fact, he won nearly 400 fights, until the day he killed an opponent in the ring. Traumatised by this accidental death, he decided to codify the rules to avoid any deadly result.

This first rule establishes the end of combat when a fallen fighter does not get up after thirty seconds. Hitting a boxer on the ground and below the waist, moreover, became banned.

He also instituted the boxing ring, a square outside of which one is forbidden to strike: previously, discontented bettors joined the fight, turning the match into a general "fight".

He was crowned English champion in the heavyweight category in 1736.

Boxing would initially be considered illegal because of the violence it caused. This is why in the 19th century, the sport was still clandestine.

It was not until the 19th century that modern boxing as a "Noble Art" was accepted as a legal sporting discipline.

Find the best movies about boxing to learn more about this art.

Boxing During the "Belle Epoque"

In 1866, while boxing was hitherto clandestine, death, corruption and cheating were still commonplace at boxing matches.

It is the notoriety of the latter that will serve as vector of transmission of the 16 new rules of modern boxing: the rules of the Marquis of Queensberry.

The wearing of boxing gloves becomes mandatory, to limit the impact of blows and injuries. The round is limited to three minutes, as well as a count of ten seconds awarded to a thrower on the ground before getting up or defeat.

The rules also established fights according to the weight of the boxers:

In fact, boxing would only be allowed in 1891 in England and North America. American boxing will therefore use the same rules as English boxing.

Fighting becomes less violent, regulated, faster, more technical, putting more emphasis on the agility of the boxers than on their strength.

Finally, boxing becomes one of the first recognised professional sports of the contemporary era.

Helpful hint: you can find boxing classes on Superprof!

Boxing and its Expansion from the 20th Century to Today

It is at the beginning of the 20th century that boxing enters France, under the impulse of a Swiss boxer named Franck Erne (1875-1954), crowned double world champion boxing featherweight in 1896, then world champion light weight the same year.

In 1901, the International Olympic Committee (IOC) admits amateur boxing at the Olympic Games. Women are allowed to compete at the 1904 Summer Games in St. Louis, USA; this is also the beginning of women's boxing.

As an aside, professional boxing has only been represented at the Olympic Games since 2016.

The first fight in the championship final won by a Frenchman came in 1911: Georges Carpentier (1894-1975), champion of France boxing won in 1911 before assuming the world title of light heavyweight champion in 1920.

In the United States and Great Britain, boxing becomes a double medium of expression:

Nowadays, the rules in force require a mandatory wearing of boxing equipment such as gloves, headgear, boxing shoes (without nails, without spikes, without heels), boxing shorts at mid-thigh, a mouthguard, a short-sleeved shirt, a helmet, shin guards, and a cup (for men).

And find out the ten greatest reasons to learn to box!