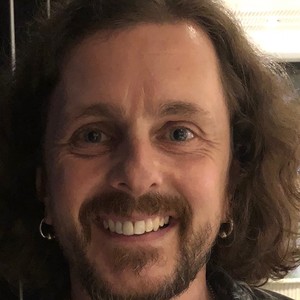 Understanding the individual students needs is my primary focus. From there, we build up an appreciation and enjoyment for practicing music, developing necessary skills along the way. I teach by example, believing that the student must be inspired by the tutor, that way I can pass on my love and appreciation for the subject.

I am a professional drummer, producer and educator with over twenty years experience. I have released award winning albums and have toured the world extensively, I also have substantial experience as an educator of drumming, and all facets of music.

Cancellation Policy: If you cancel on the day then the lesson fee must still be paid, if re-scheduling the lesson isn't possible (there are exceptions based on medical or emergency reasons).

Educator Profile
I am a highly experienced, motivated and passionate music educator, with experience in a wide variety of situations throughout New Zealand, Australia and beyond. My area of expertise is in drum kit tuition, though I have several other areas in which I have extensive experience. In addition to drum kit teaching, I am also an ensemble coach and have provided tuition and guidance in arranging, compositions, recording techniques and rhythm for all instrumentalists.

My teaching skills are constantly informed by my performance skills; I firmly believe that a musician learns best when they have practical goals and outcomes.

Post-Graduate Ensemble Tutor & Drum Kit Tutor, New Zealand School of Music/Victoria University of Wellington — 2008-2016
My role at NZSM was to provide ensemble coaching for 4th year students, instructing them in ways to navigate advanced compositions from the jazz cannon, assisting them in developing recital programmes, producing recordings and composition and arrangement of their own music. I provided drum lessons for those that wished to study advanced rhythmic concepts in a jazz style.

Post-graduate Drum kit tutor, University of Canterbury, New Zealand — 2014-2015
My role was to provide drum lessons for those that wished to study advanced rhythmic concepts in a jazz style, incorporating world musics and traditions into their lessons. I was also the examiner for their recitals.

Drum kit & percussion Tutor, Scots College Wellington New Zealand — 2005-2017
Scots College is a decile 10 school, catering for boys from year 1 to year 13. With a history of 100 years excellence in teaching, Scots College Wellington is the ‘brother’ school of Scots College Sydney. I was the drum tutor for over 12 years, in that time I taught many beginners and empowered them with lifelong musical skills, and a passion for music. Many students went on to study at Tertiary level, develop extensive performance schedules and become tutors themselves.

NCEA music assessor, Wellington College — 2015-2017
Wellington College is a decile 10 school. My role was to assess student performances for their NCEA recitals, all instruments, from level 1 - 3. At times I would also instruct the drummers in their lessons.

Teaching Experience - Workshops, Private/Public
Assistant Coach for vocal workshops university of southern Queensland, Toowoomba — January 2018
My role was to assist Vocal coach Brenda Earle in her workshop, as well as to work with vocalists one on one to develop their jazz and rhythm skills.

Drum Kit Clinician for Paiste cymbals and Tama drums, New Zealand — 2011-2017
As an offical endorsee of Tama and Paiste products, I performed many public clinics and workshops through the Music Works chain of stores throughout New Zealand. Special emphasis was made on exploring rhythms and accessing Jazz drumming, developing a broader approach for non-jazz drummers.

Ensemble Workshops for wintec, hamilton New Zealand — 2016 - 2018
As a visiting artist I have provided several workshops for the music students at Wintec, topics covered include accompanying singers and soloists, ensemble interplay, working harmoniously as a band, goal setting and rhythm studies.

Jazz ensemble playing workshops, various jazz festivals New Zealand — 2000-2017
Introducing many young and new to jazz musicians with some essential skills to help them access jazz music. These workshops were open to the public and catered to all walks of life.

Private Drum kit tutor — 1997-2017
With over twenty years of lessons taught, I have developed a professional and practical approach to drum kit tuition. Emphasis is made on developing great technique, timing, versatility, reading music and rudiments, starting with an appreciation for Rock music. As the student advances, the styles of music and drumming are expanded to incorporate Jazz, Pipe Band, Classical percussion, Funk, Big Band, Heavy Metal and Hip-Hop. I have taught over 10,000 lessons privately and still enjoy helping beginners and advanced drummers advance their skills.

Skills
I have many skills that are useful for tuition including the use of the software Logic Pro X, GarageBand and Finale notation. NCEA music (New Zealand), IB music (New Zealand), Trinity College London Rock & Pop Drums, I also have extensive experience at developing courses of study aimed at the individuals needs.

Performer Profile
I have a long history as a performer throughout Australasia and internationally. After completing my BMus in 2000 I moved to the US and worked on cruise ships for four years. On my return I established myself as a first call jazz drummer for local and international artists, developing my skills as an accompanist and as a band leader. In 2010 I started focussing on composing my own music and releasing albums, currently I have four acclaimed albums of original music. I have produced albums for others also and am an official endorsee of Tama Drums and Paiste Cymbals. In 2017 I commenced postgraduate study with internationally renowned composer, John Psathas, completing my MMA in Composition in 2018.

Albums recorded as a leader
Shark variations - 2017
Recorded at the end of a nationwide tour in 2016, this trio album features Roger Manins on Tenor Saxophone and double bassist Brett Hirst. This recording captures the energy and musical connection that these fine Australasian players deliver live. Space is just as much an instrument on this album.
“Shark Variations is preoccupied with musical expression and innovations…a vibrant energy as themes and ideas are lovingly explored.” Otago Daily Times

“…a more than usually intense tour de force by these three juggernauts of NZ jazz.” nzmusician.co.nz

Cthulhu Rising - 2015
This album features Taylor Eigsti (US) on piano, Matt Penman (NZ/US) on double bass with compositions inspired by the writings of H.P.Lovecraft. Combining modern jazz with narration, this album explores the darker side of jazz music.
“Bradley reveals his vision via through-composed, rhythmically complex scores…but the music invariably swings…there’s a collective feel: soloing serves the form, rather than the other way around.” nycjazzrecord.com
“…Bradley’s geometric drumming which shapeshifts the rhythms, and Penman's bass which can sing as much as ground the music… Cthulhu Rising is an ambitious and perhaps even esoteric cycle at the interface of jazz, necessarily dark though it may be in places, it also swings aggressively.” elsewhere.co.nz

Mantis: The music of drew menzies - 2012
Combining a jazz quartet with a string quartet, the compositions are by deceased NZ double bassist, Andrew Menzies, arranged by myself to showcase his exciting music. This album features The New Zealand String Quartet, bassist Matt Penman and composer John Psathas who also arranged the music. Runner up for the Tui Award for best Jazz Album 2013 (The Vodafone Music Awards NZ).
“This is a wonderful disc…Melodic, intensely engaging and a contender for jazz album of the year.” (5 stars). Dominion Post
“This was an important show; an important piece – and beyond the reverence simply a lovely set of tunes both dutifully and beautifully performed.” offthetracks.co.nz

Resonator — 2010
Winner of the Tui Award for best Jazz Album 2010 and 2011 (The Vodafone Music Awards NZ). This album features an eclectic mix of original acoustic jazz music with vocals, synthesisers and electronic sound-scapes.
"The new generation of NZ jazz musicians has moved up several notches if the confident energy and conceptual awareness shown on this debut CD by Reuben Bradley's band is anything to go by.” Mike Nock
“Yet another excellent Rattle Jazz album -- and something rather more challenging and therefore exciting than most other New Zealand jazz albums of the moment.” elsewhere.co.nz

Cruise ship experience
From 2000 to 2004 I worked as a show band drummer for Princess Cruises and Royal Caribbean Cruises. This period included the inaugural run of the Radiance of the Seas, a ship that I spent the majority of this time working on. Other ships I performed on were the Grand Princess and the Vision of the Seas.

Magazine Articles
From 2005 - 2007 I was the author of the ‘Understanding Jazz’ articles featured in the Drum Connexions magazine, New Zealand.

All our ratings are collected by us and are given in confidence, they correspond to a real experience.
S
Stuart

Perfect! Fantastic guys, works hard to understand needs, has a great cluster of skills for drumming, including method for sight reading and compiling your own style in charts. Highly recommended.

That was a fun lesson, Stuart really knew what he wanted to achieve and it was a pleasure to help him get there. Keep it up Stuart!

music reading lessons nearby? Here's a selection of other listings you can check out.
Superprof can also help you with music theory lessons.
Not quite what you're after? How about music lessons?
Taking drumming lessons has never been easier! 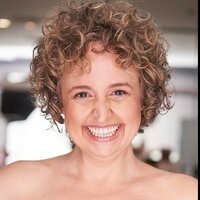 I have a creative and flexible approach and have highly developed musicianship, vocal, stagecraft and performance abilities.... 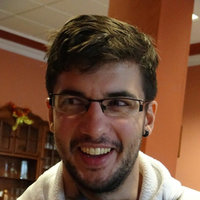 Learning by practising and doing it hands on but especially understanding what it is being played. Flamenco could be a... 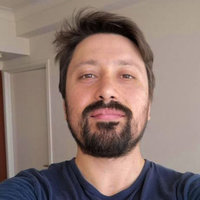 - First we will talk about your aim and what are you hoping to get at the end of the lessons. - Then i will create a 3 step... 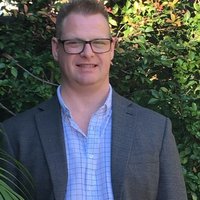 I offer flexibility in my teaching method in order to best suit the individual needs of my students. I have experience and... 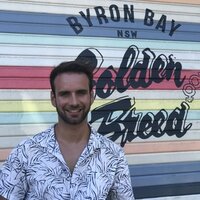 My teaching methodology is based on three phases: 1. Assessing your students’ personality type, so you know what teaching... 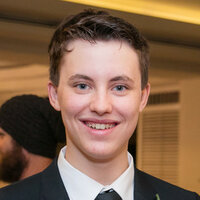 I teach students of all ages and experience levels, from beginners to advanced sight-readers. I help students achieve their... 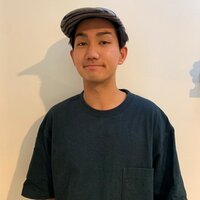 I have experience in teaching both Suzuki and AMEB methods. I haven't stuck to one because every student is different in the...

Each student is different, and as such there isn't really ONE way of teaching. My teaching methods are rather individual, as...

Creativity needs freedom and my goal is to allow people to express themselves through the power of music. Percussion is one...

My teaching method is finding the level of each students ability, then helping them apply their skills to their music. This... 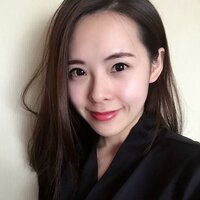 Qualified and experienced, catering to all ages and levels. Flexible, patient and happy to help you gain confidence and... 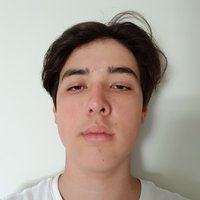 Try to encorporate an engaging yet fun approach to teaching my students with a nice friendly environment and an inviting... 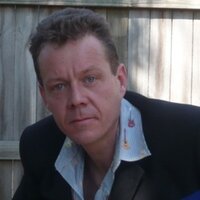 My teaching method is to build up a repertoire. Start in C major and Learn instrumentals as well as sing pop songs. Learn... 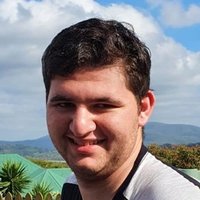 My teaching methodology is heavily student-focussed and oriented to the students own individual wants and needs. If a... 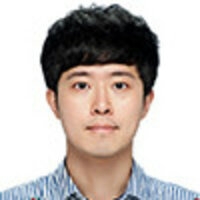 Firstly, I need you to tell me what exactly you want to learn. Then, I will be able to consider how to teach you. I think... 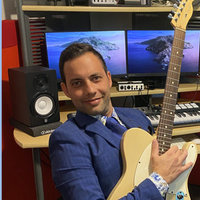 I teach all levels and ages. Whether you're a beginner who wants to play for fun around the bonfire. Or you're a navigated... 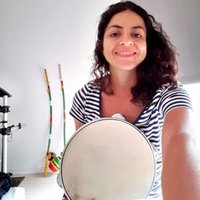 My teaching method is based on the ways I learned through popular culture, with Masters, musicians and people of these rich... 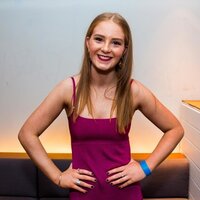 I always encourage questions! My teaching methodology and philosophy consists of always being positive, energetic and... 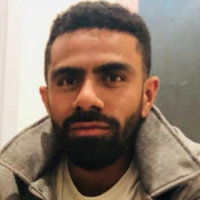 Playing by ear has a logical equation and rule. When picked up and understood, any piece you hear can be made your own... 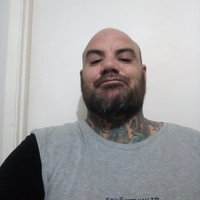 My teaching method is practical. And I base my teaching depending on wat the student or students require. Depending on there...