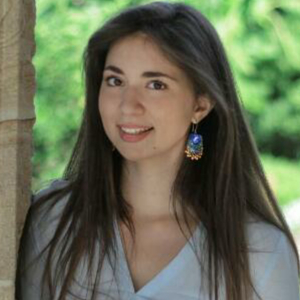 Italian classically-trained pianist, Elisa has successfully taught a number of students who needed a hand for their AMEB and ABRSM exams, while her professional experience focuses on both piano tuitio

I believe that motivating and inspiring 21st Century music students requires a different approach, because we have to support their many passions.
According to Suzuki, every child has the potential to become well educated and every child can learn to play an instrument in the same way in which they learned a language.

Elisa has first started to play at the age of 5 and she has further developed her technique at the “Santa Cecilia National Academy” in Rome. She has graduated from the “Associated Board of the Royal Schools of Music” (ABRSM), a London-based international Conservatorium. She has performed in Rome, Sydney, Urbino, Castelnuovo di Porto, Fabriano and Calcata, both as a soloist and an accompanist.
Currently, she is the music expert of the Dante Alighieri Society Sydney, a prominent Italian cultural institute founded in 1896, on behalf of which she has held a number of conferences on topics concerning music and opera. Since 2016, she has been performing every year as a soloist at the NSW Parliament House, under the aegis of the Australian Red Cross Red Ribbon Committee.

All of our reviews are collected by us and are 100% reliable. They correspond to a real experience had by the students of Elisa.