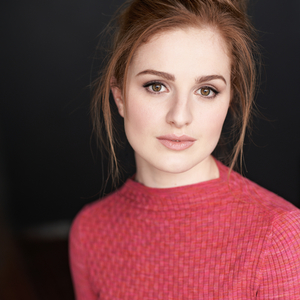 WAAPA Music Theatre Graduate -If you would like to learn how to sing because you love music and have a passion for it, then I can teach you all the right skills to be a great performer.

If you would like to learn how to sing because you love music and have a passion for it, then I can teach you all the right skills to be a great performer. I specialise in Pop and Musical Theatre and always include Jazz and Classical techniques for range and dynamic. I teach all levels, so if you are a beginner, intermediate or more advanced singer, I will accomodate to where you are in your vocal training. Come and enjoy the herbal tea, solid warm up with technique training and finish the lesson singing some of your favourite repertoire! If you have an audition coming up then you are welcome to make use of my extensive music library to find the perfect audition song!

Having finished up the Green Room Award Nominated Melbourne season of ‘Legally Blonde The Musical’, Rebecca is now recording a narrative podcast and has shot her first TVC for 2020. Prior to this, Rebecca was featured in the cast of ‘The Beautiful Game’ for its Australian Premiere with Manilla Street Productions. In 2018, Rebecca relocated to New Zealand for six months to take on the lead role, Sally in the world premiere of ‘The City of 100 Lovers’ directed by Tony Stimac (US). Rebecca also created the role of Molly Wilde in BittenBy Productions ‘Dead Air’ and was a 2017 semi finalist for the Rob Guest Endowment. She has also performed in ‘Super Duper Book Week” with Echelon Productions and played the role of Janet in Event Theatre Internationals ‘Rocky Tribute Show’.

Rebecca plays Sarah Pittman in the first season of the web series comedy ‘Please Rewind’ which is now streaming online. In 2019 Rebecca played the role of Ally in the TedX Melbourne short film ‘Limitless’. Prior to this, Rebecca won Best Actor at the WA Unlocked Film Festival for her performance of Greta in the short film ‘I Said Nothing’ shot in stunning locations in Perth.

Rebecca completed her training at the Western Australian Academy of Performing Arts obtaining a Bachelor of Arts (Music Theatre). Whilst at WAAPA Rebecca was featured in the casts of Bring It On The Musical (Jay James Moody/Mikey Ralph) , The Drowsy Chaperone (Crispin Taylor), Legally Blonde The Musical (Jason Langley / Lisa O’Dea and The World Goes Round (Nancye Hayes). In 2013 Rebecca trained under the tutelage of Mathew Frank. Simon Gleeson and Dean Bryant in Brunswick in the Showfit Musical Theatre course. Prior to this Rebecca completed a Bachelor of Arts at Monash University, in which she majored in Drama and Theatre Studies and minored in English Literature. Whilst at Monash she completed her thesis on the theatre practitioner ‘Antonin Artaud’ and his system of Bio-Mechanic Movement.

Rebecca begun her teaching career in 2015 in Perth whilst studying at WAAPA and she transitioned her studio to the East coast after moving back in 2017 where she now teaches.

All of our reviews are collected by us and are 100% reliable. They correspond to a real experience had by the students of Rebecca.